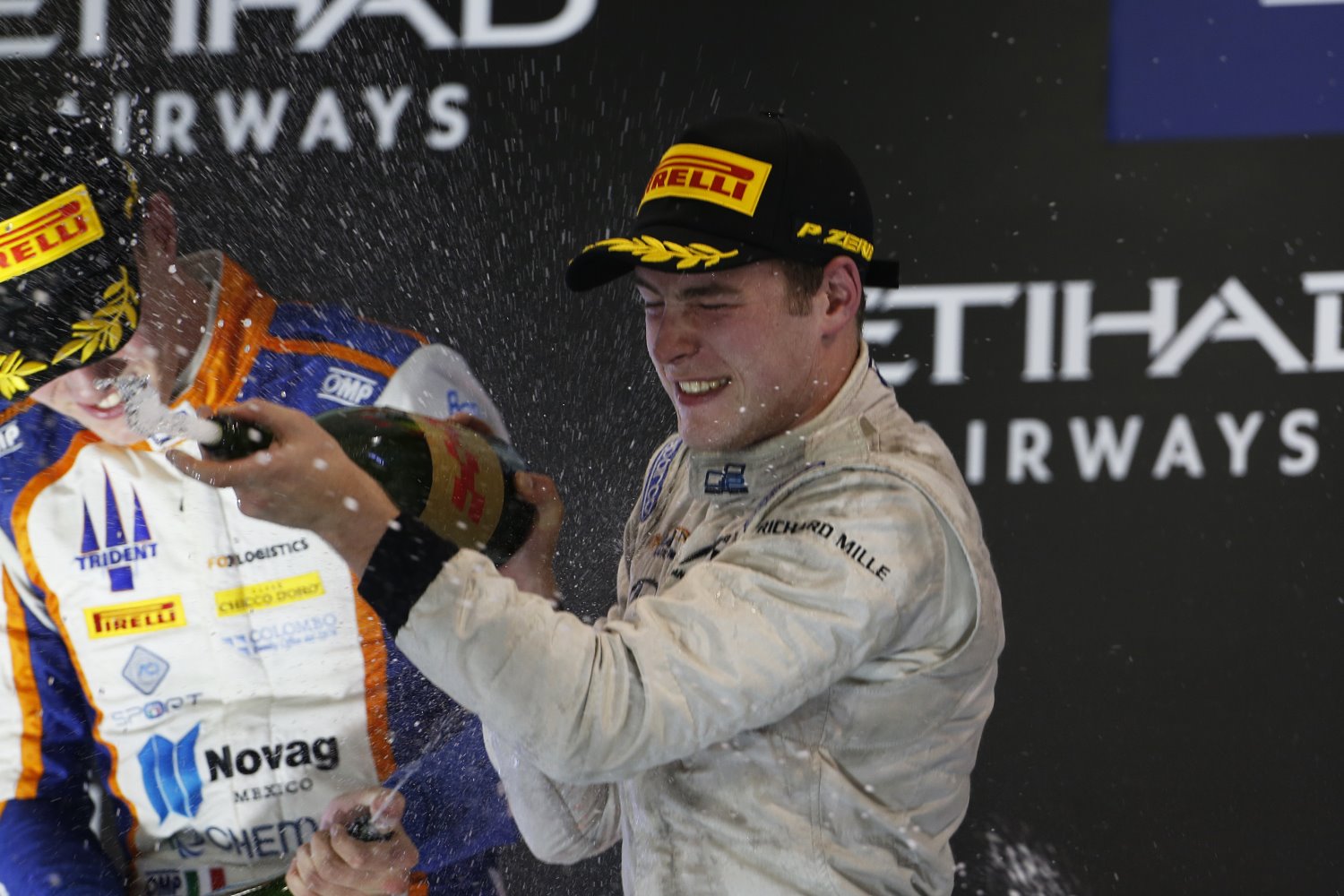 The British team has signed up Belgian rookie Vandoorne, 24, to replace Button next year.

But Button, the 36-year-old F1 veteran, is also under contract and according to McLaren will be ready to drive if necessary.

Asked by France's Auto Hebdo if that means extra pressure for Vandoorne, the 24-year-old answered: "No, I think it (Button's deal) is a good solution.

"Jenson is one of the most experienced drivers on the grid, he knows the team and is actively involved in the development of the new car. It would be silly to not benefit from that.

"His experience will be good for the team and I can learn a lot from him too," he added.

In fact, Vandoorne said the overwhelming emotion when McLaren recently announced his deal was relief.

"I felt relieved to sign a contract even though I had to pinch myself," he said.

"In formula one, even if you didn't doubt that I would get a place, nothing is certain until a contract is signed. So the last few months were not easy but now that everything is official it's like a weight off my shoulders."

Not only are radically different technical regulations on the way in for 2017, the sport's commercial rights are changing hands and new owners Liberty Media appear to have some grand plans.

But Australian Ricciardo told France's Auto Hebdo that he thinks gradual change and incremental improvements are the better route.

"It's impossible to make everyone happy," he said.

"In my view, too many people have wrongly criticized formula one. To be honest, although two drivers have dominated the championship, the races have become no less interesting.

"I would prefer to see a balanced and gradual change rather than a radically different series — formula one is good as it is, but small improvements can make it better," Ricciardo added.

The 27-year-old has warned that drivers will have to strengthen their necks to deal with more G-forces next year, but is unsure that faster cars will necessarily improve F1.

"The cars will be faster and look more aggressive, but I don't know how it will affect the show," said Ricciardo.

Turning his attention to Red Bull, Ricciardo said he has been most impressed with the steps forward taken by engine supplier Renault in 2016.

"To be honest, I asked myself a lot of questions last year in Brazil, where we got a new engine and didn't notice even the slightest progress.

"With the chassis, Monaco and Singapore showed how good it is but Renault has really surprised everyone. We're maybe not on Mercedes' level yet but we're rapidly catching up," he said.

And finally, Ricciardo was asked about the fate of his former teammate Daniil Kvyat, and whether it was a reminder of how cruel F1 can be.

"Yes," he said, "but if you have a good race, you need to tell yourself straight away that you need to be competitive at the next one as well, and so on.

"Even after this great weekend (in Singapore), I can't afford to relax. Everyone in formula one has short memories."

Having recently announced his decision to retire, 15-year F1 veteran Massa said he would consider offers to race instead in DTM, WEC or Formula E in 2017.

Formula E boss Agag told Spain's El Confidencial newspaper: "When I heard he said that (about Formula E), I sent him a Whatsapp (message) and told him we should meet.

"I'd love him to come here. In fact, it's the teams who choose their drivers, but I would love for someone with such quality to come to us," he said.

"He (Massa) also mentioned DTM and WEC but the fact that a driver like him says he wants to come to us means that we are a real alternative for the big boys," Agag added.

More broadly, Agag has been linked with a role in F1 management, and not just because he is the Formula E equivalent of Bernie Ecclestone.

Asked if we will see him in the F1 paddock soon, Agag smiled: "I don't know.

"There are many rumors but there is nothing real and I have my moral responsibility to stay in Formula E. Let's see," the Spaniard insisted.

"I don't know what will happen because although Liberty Media and Liberty Global are different companies they have the same shareholders, but basically there have been no discussions."

Maffei has "even earmarked gambling as a potential source of income that has yet to be tapped by the sport." While new F1 Chair Chase Carey will be working hands-on with F1 CEO Bernie Ecclestone on the day-to-day running of the sport, Maffei will play a "key overseeing role and will provide a link between the sport and the company's other business." On Thursday, he gave "the most detailed insight yet into what direction Liberty's management is planning to take."

Maffei: "Opportunities to grow the business, I think there are a bunch. Starting with broadcast revenue, the largest source of revenue." Maffei was "keen to point out that F1 can do much more to exploit official sponsorship deals," citing the small size of Ecclestone's sponsorship staff. He said, "I think we have 17 sponsors, and we have three people working in sponsorship in F1.

In contrast at Major League Baseball, a business we have some familiarity with through the [Atlanta] Braves, there are 75 sponsors, just in the U.S." Maffei hinted that the current calendar "could be expanded beyond 21 events," but also suggested that "more attractive" venues may be chosen in the future to better complement "the needs of broadcasters and sponsors."

Expanding on the potential for new races in the U.S., Maffei added, "You think about places where it would have natural appeal — I would argue Miami, Las Vegas are very interesting places for the long term. But that isn't going to get solved in a week. I'd like to hope that being Americans — Chase, Liberty — that we can help with that process."

Inevitably Maffei stressed that digital "would play a big role in all three main revenue streams." He said, "Something that intersects all of these is less than 1 percent of the revenues are from digital, they really have no organized digital effort." MOTORSPORT

Sky Completes Ultra HD Test During Singapore F1 Grand Prix
Sky "completed a test of Ultra HD at the Formula One Grand Prix in Singapore," according to Julian Clover of BROADBAND TV NEWS.

The proof of concept was put together by Tata Communications, which acts as official connectivity provider for Formula One Management.

State-of-the-art UHD cameras "were installed at the Singapore circuit."

The footage from these "was mixed in the FOM Broadcast Centre onsite," and the UHD output distributed live to Sky’s HQ in Osterley in the U.K. Sky has "already confirmed" that its 2017 Grand Prix coverage will be available in the Ultra HD format.

The UHD test in Singapore "follows a series of other ambitious proof of concepts by Tata Communications and Formula One Management around live Over the Top content delivery and 4k broadcasting." BROADBAND TV NEWS

Mercedes-supported Pascal Wehrlein racked up 135 laps on both Wednesday and Thursday, equivalent to 1582.47km, following Pirelli's dedicated slick-tire test at the venue earlier in the month.

Mercedes, Ferrari and Red Bull are all taking part in the development work in mule cars, modified to simulate 2017 downforce levels, which will be significantly greater amid major bodywork changes.

Pirelli will continue its 2017 program next month, with Mercedes running at Spanish venue Barcelona on October 12-13, and Red Bull at Abu Dhabi's Yas Marina Circuit from October 14-16.