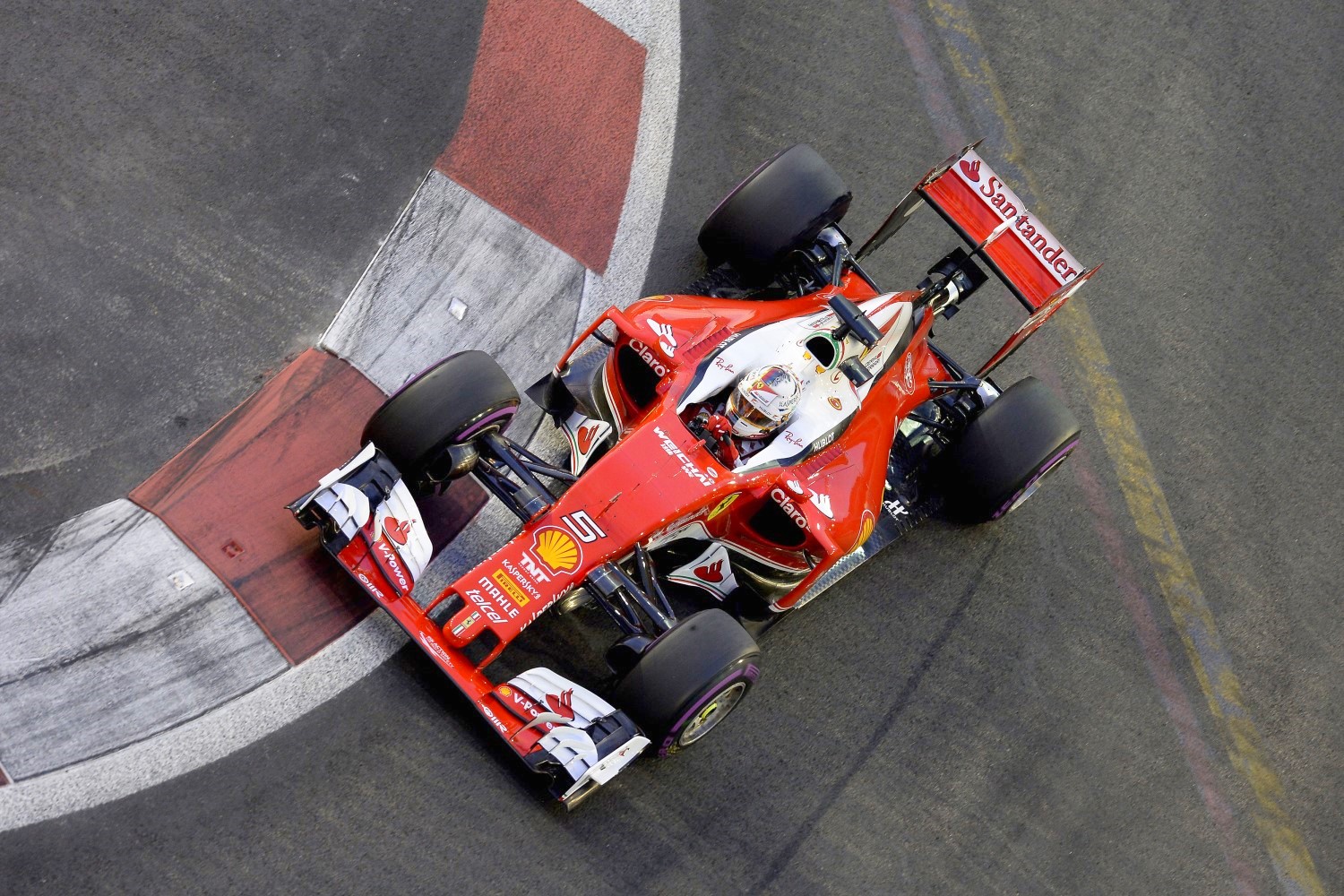 Sebastian Vettel is "pretty sure" the Ferrari Formula 1 team can prevent a repeat of the suspension failure that ruined his Singapore Grand Prix weekend.

The German qualified slowest at the Marina Bay street circuit after encountering the problem in Q1.

Ferrari spotted it on Vettel's out-lap but was unable to fix it in time for him to put a competitive lap in.

"It was a mechanical failure on the rear suspension," said Vettel, who salvaged fifth from the back of the grid.

"It was difficult to get to so there was no chance to fix it even if we'd come in straight away in qualifying.

"It was a shame but we have understood it now.

"Now we need to check if we need to redesign or reinforce the part but I'm pretty sure it will not happen again."

Ferrari president Sergio Marchionne said recently that he had moved his focus to 2017 as the Scuderia had failed to meet its targets this year.

The team lost more ground to Red Bull in the constructors' championship in Singapore and is now 15 points adrift in the battle for second.

But Vettel took heart from the pace Ferrari showed last weekend and said there will still be new parts to come this year as the team had no intention of giving up on this season.

"If we get everything right then we know that we have a strong package," he said.

"There have been a lot of races where we didn't do that.

"Some was up to us, some was stuff that happened and it didn't end up, so far, the way we wanted.

"We're not yet where we want to be but we believe in ourselves.

"We're not entirely where we want to be in terms of raw pace.

"It's generally closer in Singapore so we expected to be competitive and then you always have a chance to win or fight for a very solid podium.

"Unfortunately that didn't turn out for either of us but going forward I think we have confidence.

"There are some bits coming still and we're here to fight so that's what we're going to do."

When asked about the new parts to come, Arrivabene said: "We have six races to go and if you want to be second in the constructors' of course you need to improve.

"That's normal and this is what we're going to go."