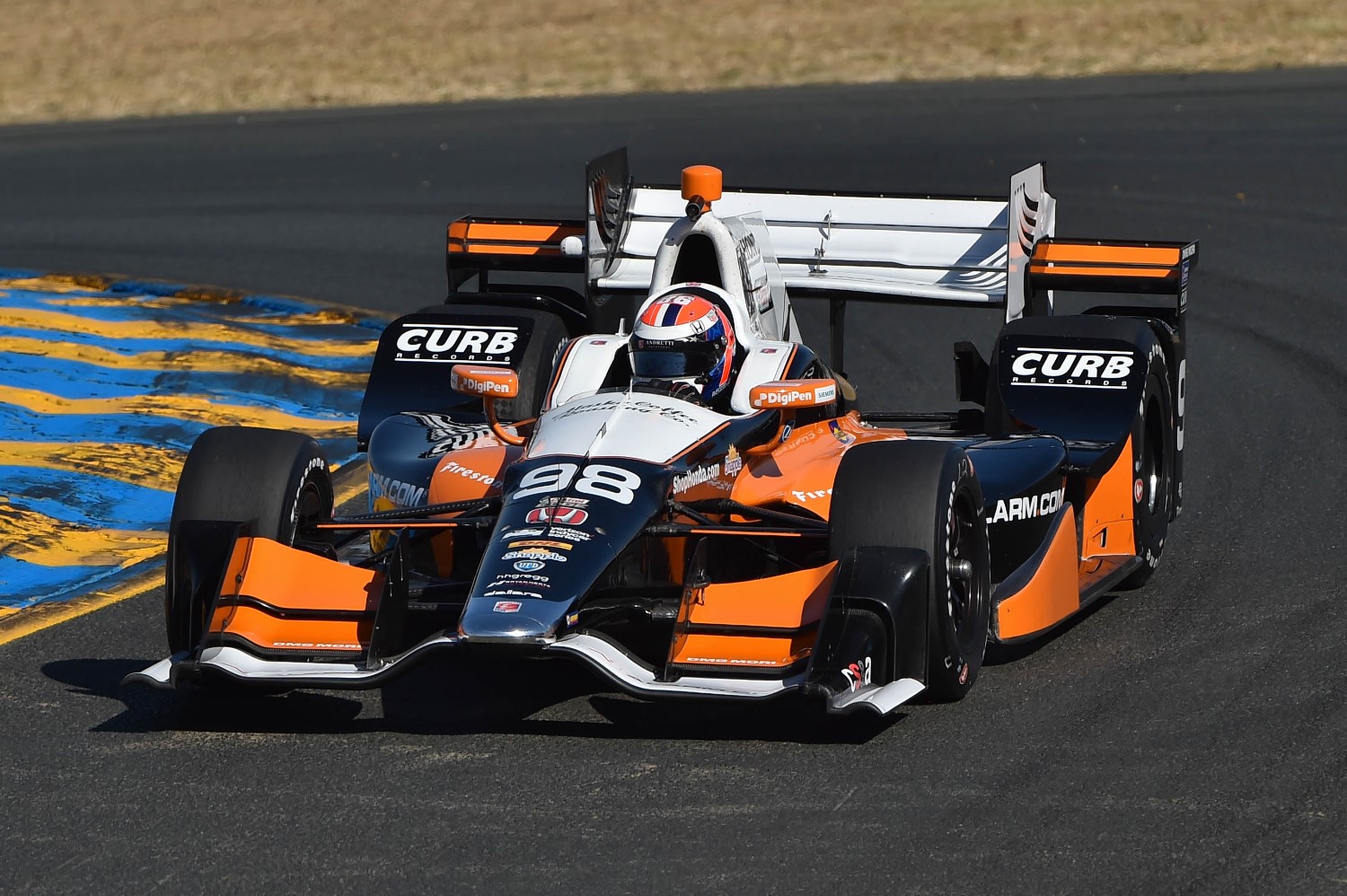 Alexander Rossi finishes his debut Verizon IndyCar Series season in P5 and with the honor of Sunoco Rookie of the Year to add to his accolades. In a spectacular final race of the season, set against the backdrop of Alexander’s home state, the Californian driver won another 60 points, leaving him with a season tally of 430 overall and taking the title of Rookie of the Year in what has been a phenomenal season.

As the Friday morning sun rose over the hills of Northern California, Indy cars returned to the racetrack for first practice of the GoPro Grand Prix of Sonoma on championship weekend for the Verizon IndyCar Series. The 12-turn course welcomed two sessions of practice, with the Andretti team all finishing within the top half of the field. A strong running for Alexander saw him complete the day in 5th, with the No. 98 in good shape for the weekend ahead.

Saturday morning’s practice session led all four Andretti drivers to be in Group 2, with Alexander Rossi in seventh and maintaining his position at the sharp end of the grid. As qualifying kicked off in the afternoon’s rising temperatures, Alexander was able to put in his best session of the year with the No. 98, advancing into Round 2. Alexander narrowly missed out on the 'Fast Six' by just one-hundredth of a second, and would start his final race of the season in P8, second of the Andretti quartet, and with the race pace potential for Sunday.

With over 100 special guests in attendance for Alexander, Sunday’s finale got underway against clear skies and warm temperatures. As the flags waved green, Alexander was able to make a strong start, shooting the No. 98 up the field and battling up to P6 by the end of the first lap. Keeping clear of events on track, and with some brilliant maneuver's, Alexander quickly settled into a race rhythm and began his charge through the field.

As the pitstops played out, Alexander remained at the sharp end with a podium result at his home Grand Prix within reach. Racing in fourth, he began to close the gap to the top three as the final third of the GoPro Grand Prix of Sonoma played out. Alexander continued to fight in fourth with teammate Ryan Hunter-Reay, and as the final few laps unfolded the American looked set for a top finish. However, as the pair approached the final few corners on the final lap, Alexander’s No. 98 ran out of fuel, and he had to relinquish the position to Hunter-Reay, finishing in 5th overall.

Alexander finishes his debut Verizon IndyCar Series season as Sunoco Rookie of the Year, 11th of the overall 35 strong driver field, and with a historic 100th running of the Indy 500 win to his name.

Bryan Herta: "It was a good finish to end the season. We were competitive throughout the weekend and ran solidly in the top-five for the race. It's a shame that we missed the fuel by a couple of drops on the last lap costing us the fourth position, but it was a very strong finish to the year. This season has definitely been a great season full of ups and downs but it was great to see the progress the No. 98 crew and Alexander have made from St. Petersburg through Sonoma and we're happy to end the season with a positive result."

Alexander Rossi: "The race was really strong until the last corner when we ran out of fuel. We hit our fuel numbers the whole race so it must have been a glitch in calibration numbers feeding back to the pit wall. Out of turn 11 on the final stretch the car fell flat on its face and allowed Ryan by me. It’s a shame because I had kept him behind me the whole race. It's weird how this sport works sometimes; winning the biggest race in history last earlier in the year the same way. It’s OK, it was a fantastic year for my first season in Indycar. Huge credit to the team for what we accomplished from St. Pete onward developing our car. Andretti is a top notch team and it’s been a real pleasure to work with the whole team and Honda this year. I want to thank everyone involved for the opportunity they have given me in 2016 and I look forward to sharing some very good news about my future soon."