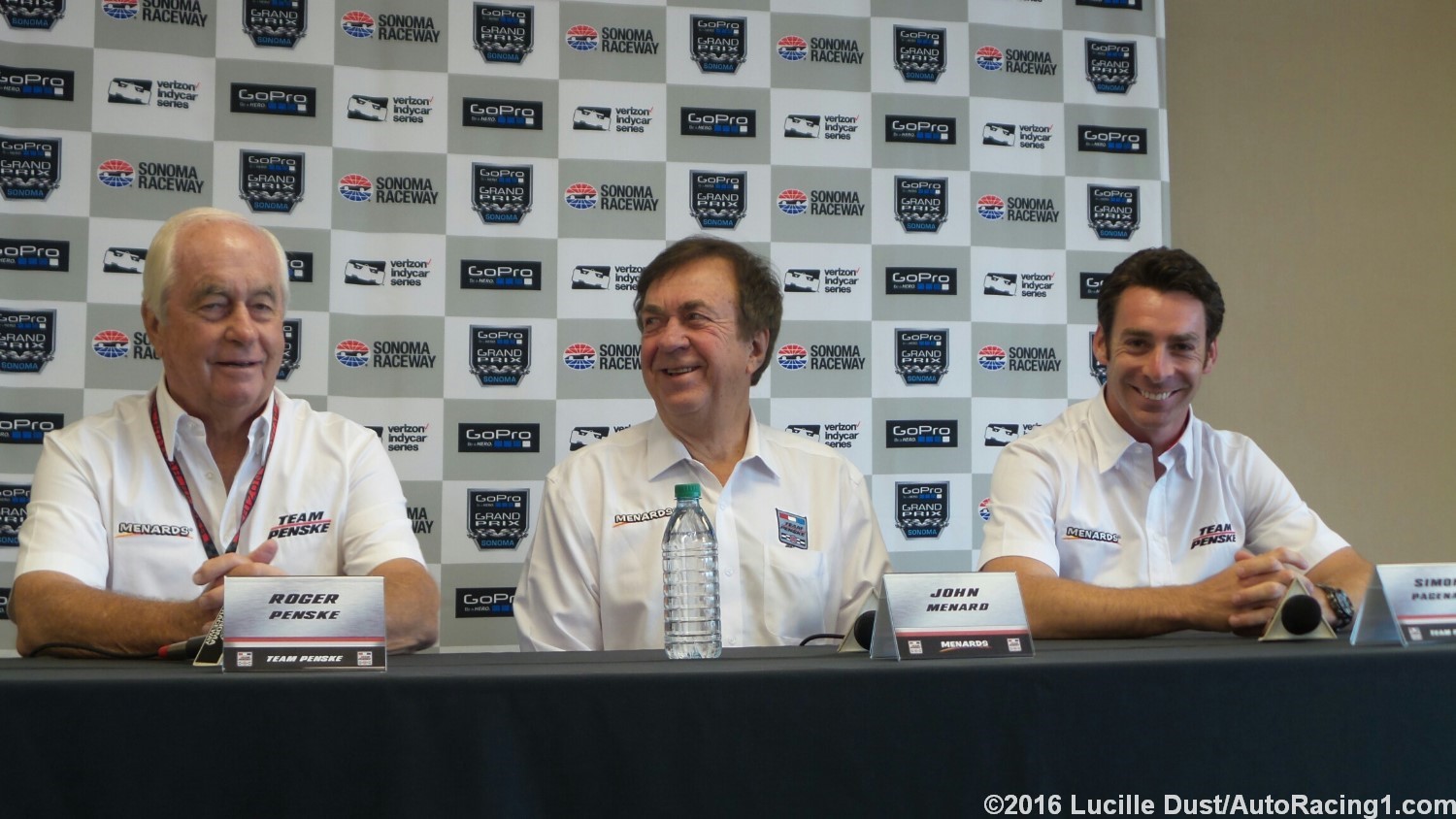 John Menard came under some heat at Sonoma this weekend when he announced sponsorship of the all foreign driver Penske IndyCar team. John Menard defended his associations with foreign drivers in IndyCar by saying Saturday he's had plenty of Americans.

"I mean, we ran Tony Stewart, for example," he said at Sonoma Raceway, site of IndyCar's season-ending race. "He's almost too American."

That brought the house down.

"He counts for a couple," Menard said of Stewart.

Menard got the question because he's backing Simon Pagenaud this season, and the pairing will continue for 10 races next season.

Team Menard won IRL titles with Tony Stewart and Greg Ray, but Menard lost interest in the series when the Champ Car teams transitioned over.

"We've had other American drivers," Menard said. "Certainly Gary Bettenhausen comes to mind as being on par with Tony. Robby Gordon, too.

"Let's face it: There's a lot of very talented people in Europe as there is in Brazil, as there is in America. I think it's great that the Indy Racing League has a variety of drivers. I think it makes it a much more interesting sport because they do."

Pagenaud's 2017 season got a boost Saturday when Menards, the Midwestern hardware store chain owned by billionaire Menard, was confirmed as the primary sponsor of 10 IndyCar races next season.