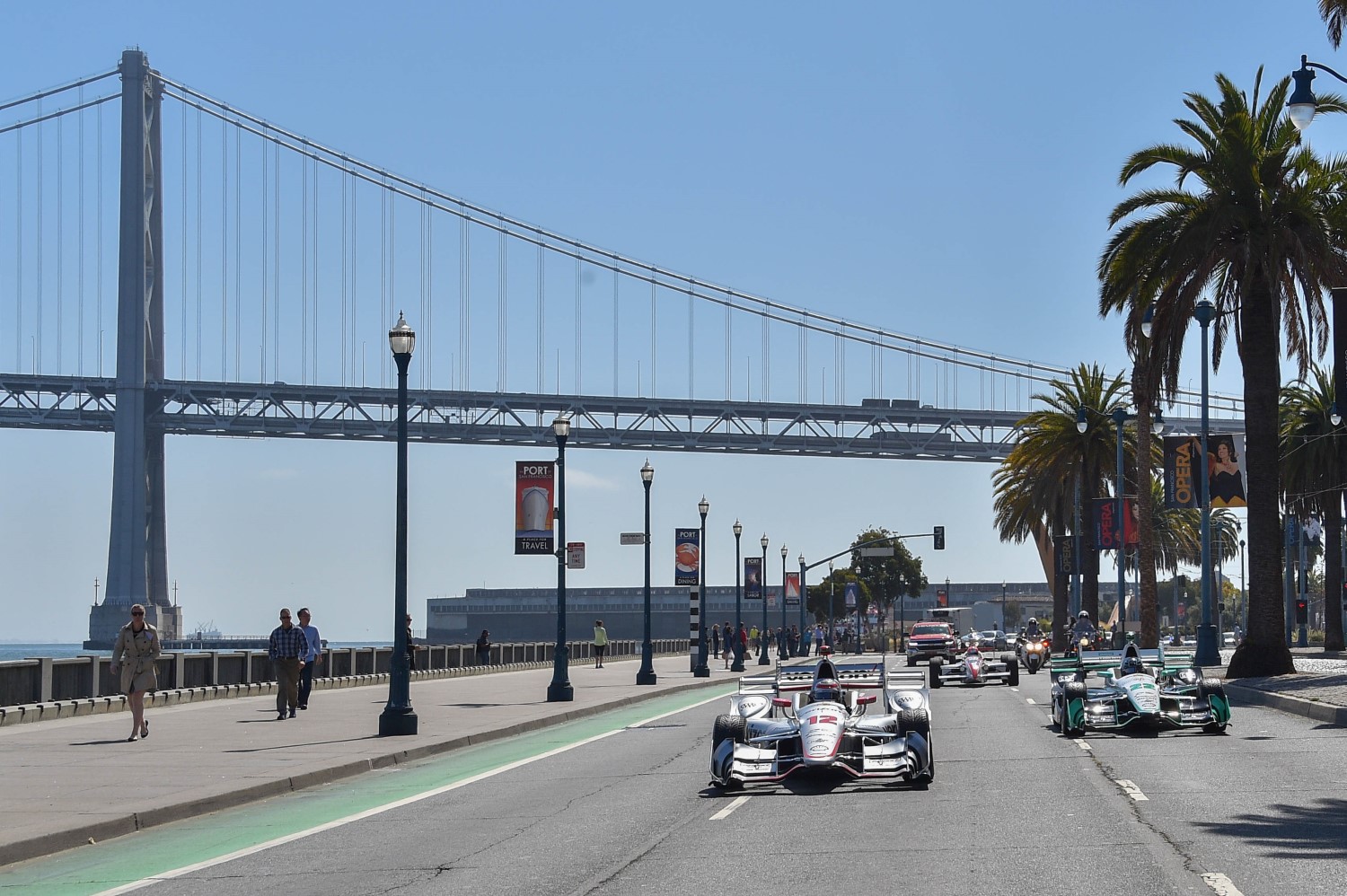 Before they began their battle to decide the Verizon IndyCar Series championship at Sonoma Raceway, Will Power and Simon Pagenaud joined forces to bring excitement to nearby San Francisco.

"INDYCAR really put the pedal to the metal with this awesome show," said Pagenaud, who leads the championship by 43 points over Power. "San Francisco is obviously a very touristic place and we reached nearly every market today on The Embarcadero."

The event was the highlight of an eventful championship week in Northern California that saw the two-seater traverse the Bay Area to give rides to the coaching staff of the NBA's Sacramento Kings and University of California-Berkeley football team, players from baseball's San Francisco Giants, the NBA's Golden State Warriors and Major League Soccer's San Jose Earthquakes.

"Anytime we can showcase our cars is special," said Power. "Just rolling them outside the track draws a bit of attention. Then you start them up and even more people come. You drive them along and you could see people on the sidewalk looking in amazement as these wicked machines went by."

Boudin Bakery, home of the original sourdough bread in San Francisco, also marked the occasion by baking a sourdough replica version of the Astor Cup with master baker Fernando Padilla offering Pagenaud and Power a bite of the "trophy" for luck.