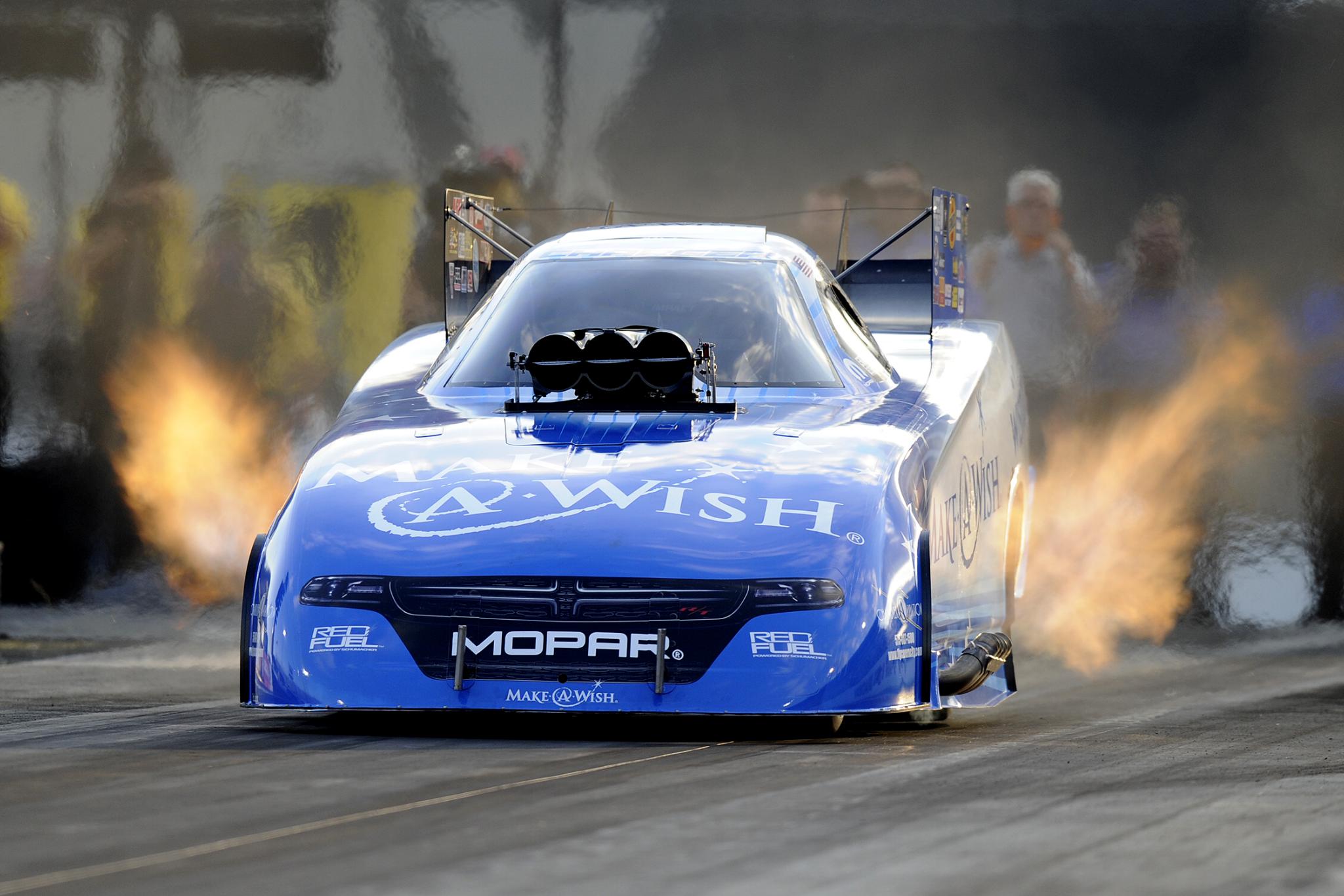 Tommy Johnson, Jr. raced to the top of the Funny Car field with a record-setting run in Friday’s opening qualifying sessions for Sunday’s ninth annual NHRA Carolina Nationals at zMax Dragway in the first race in the 10-race Countdown to the Championship.

Johnson rallied from a terrible performance in the opening round after smoking the tires right at the start to fall all the way to 15th in the field, all the while watching John Force race to the No. 1 spot in the opposite lane.

It was a different story in the second session, where Johnson opened the round with a track elapsed time record of 3.876 seconds at 323.43 mph to jump to the top of the ladder, knocking Force from the top spot.

Force would try to race his way back in the final pairing alongside Ron Capps, setting a new track speed record but still coming up short of the number one spot, settling in at third with a 3.881at 331.04 mph behind Capps, who took the second spot with a run of 3.878 at 324.20 mph.