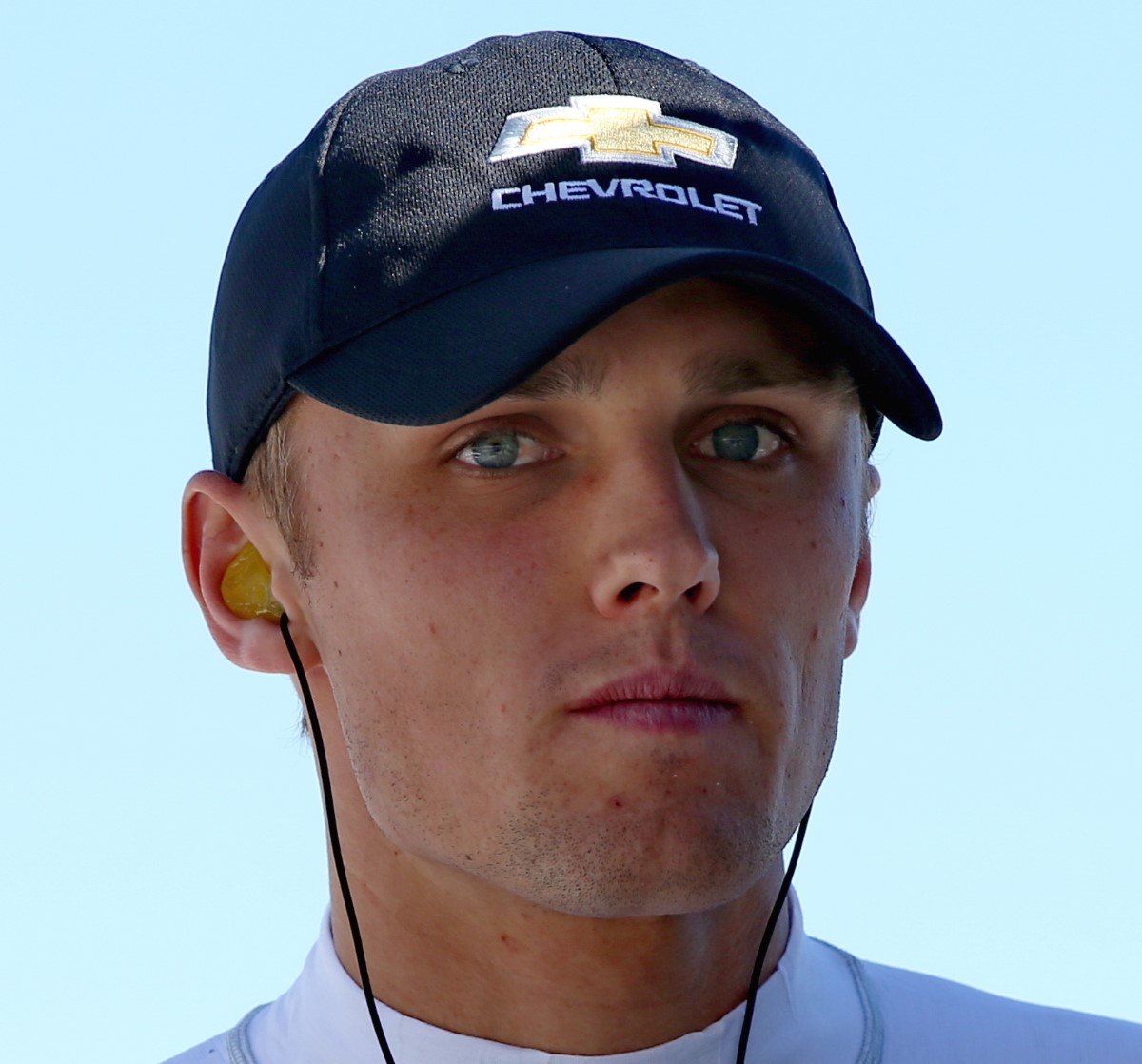 Max Chilton was ruminating on the differences between IndyCar and Formula 1 racing when a young boy walked up to him and asked for an autograph.

"This is certainly more fan friendly," Chilton said, obliging numerous requests for autographs during an IndyCar test session at Sonoma Raceway on September 8 writes Derek Wilson of the Novato Advance.

"The paddock is friendlier … teammates are more willing to help each other," said Chilton, who drives for Chip Ganassi Racing.

Chilton will complete his rookie season in IndyCar with the season finale GoPro Grand Prix of Sonoma, Sept. 16-18.

"I've got the experience of an IndyCar season under me now," Chilton said. "There's definitely a steep learning curve."

Chilton was one of 21 IndyCar Series drivers to visit Sonoma Raceway last week for a test day at the 12-turn, 2.38-mile road course in one final tune-up before race weekend.

Sunday's finale sets the stage for a championship battle between Team Penske drivers Simon Pagenaud and Will Power, who sit 1-2 in the points standings.

Pagenaud, who boasts four wins and seven pole positions this season, holds a 43-point lead over Power heading into the 85-lap double points title race. Pagenaud can clinch the championship with a finish of fourth or better in Sonoma.

"The race is always exciting. There's always something going on with action-packed IndyCar racing, so we're ready," said Pagenaud. "I think it's going to be a fun show. I think we're going to bring a really good show for the finale and I'm super happy to be a part of it."

"We think about last year and we only won three races between all of us at Team Penske, and we've won nine this year, so that's more than half the races which is very impressive, so the team has worked really well this year and we've won the championship, too," said Power. "It will be an interesting weekend because you just don't know what's going to happen. That's what's great about the series. I will do my best and see where we end up."

Chilton, 19th in the series standings, follows in the path of Juan Pablo Montoya, who joined the CART series in 1999 after a successful run in Formula 1. Montoya won seven races in his first season in CART. The next year, in 2000, he won in his first start at the Indianapolis 500. In six seasons in U.S. open wheel racing, Montoya has 15 career wins.

"Formula 1 was very different when I was racing there, from when [Chilton] was racing," Montoya said. "The cars were heavier and there was more horsepower in my day."

Chilton, a native of Reigate, Surrey, in the United Kingdom, drove for two seasons with Marussia and finished his first 25 consecutive races, a series record. Marussia folded after 2014, leaving Chilton without a ride, but with the freedom to go where he wanted.

Chilton came across the Atlantic and, even though it's still open-wheel racing, the transition has been challenging. He spent most of the 2015 season driving in the IndyLights Series, in which he won one of 14 races. He also competed in the 24 Hours of LeMans and the World Endurance Championship, both for Nissan Motorsports.

All that training and experience brought Chilton to the attention of Chip Ganassi, who signed the 25-year-old before this season.

"If you have no experience, you can't expect to come in and do well in IndyCar," said Chilton, who has two top-10 finishes this season.

"It's surprising how teammates will come over and help you out in the paddock," Chilton said. "I'm having fun here."

Penske driver Pagenaud with 555 points leads teammate Power by 43 points in the season standings. Helio Castroneves (451 points) can give Team Penske a 1-2-3 finish in the standings, but he has to hold off 2015 race winner Dixon (451 points), Josef Newgarden (446 points) and Kanaan (427 points).

"Without the leadership of Roger Penske, it's very difficult for us to do what we do," said Castroneves, a past race winner and pole sitter at Sonoma Raceway. "He goes to every race with the same passion that he had when he started. Everybody on the race team feels that."

Roger Penske began racing — and winning — in 1957 and he was named by Sports Illustrated as driver of the year in the Sports Car Club of America in 1961.

Penske retired from driving after the 1965 season, but formed Roger Penske Racing with driver Mark Donohue the next year.

In the fifty years since, Team Penske has become one of the most powerful teams in American motorsports, with 13 IndyCar championships, five NASCAR titles, more than 100 NASCAR Sprint Cup victories and even a Formula 1 victory to its credit.

Nevada City native and 2016 Indianapolis 500 winner Alexander Rossi returns to the track where his dreams of racing took hold. The IndyCar rookie began his racing career in karts and has quickly risen through the ranks of open-wheel racing.

This weekend will be a homecoming for some of the drivers and teams in the Pirelli World Challenge Series.

After a decisive win last month in the GTS class at the Utah Motorsports Campus, The Racing Group — Aston Martin Racing team, based in Petaluma, looks to bring the momentum back to California with winning driver Jason Alexandridis, of Novato, behind the wheel.

"Last year was my first year driving the Aston [Martin] in the Pirelli World Challenge, but I've turned thousands of laps at Sonoma," said Alexandridis. "We were very successful in Utah, but Sonoma is such a different track. l feel like this race is my Super Bowl. It's a big family affair for us and I'll have a lot of friends and family out here for the weekend. Derek Wilson/marinscope.com