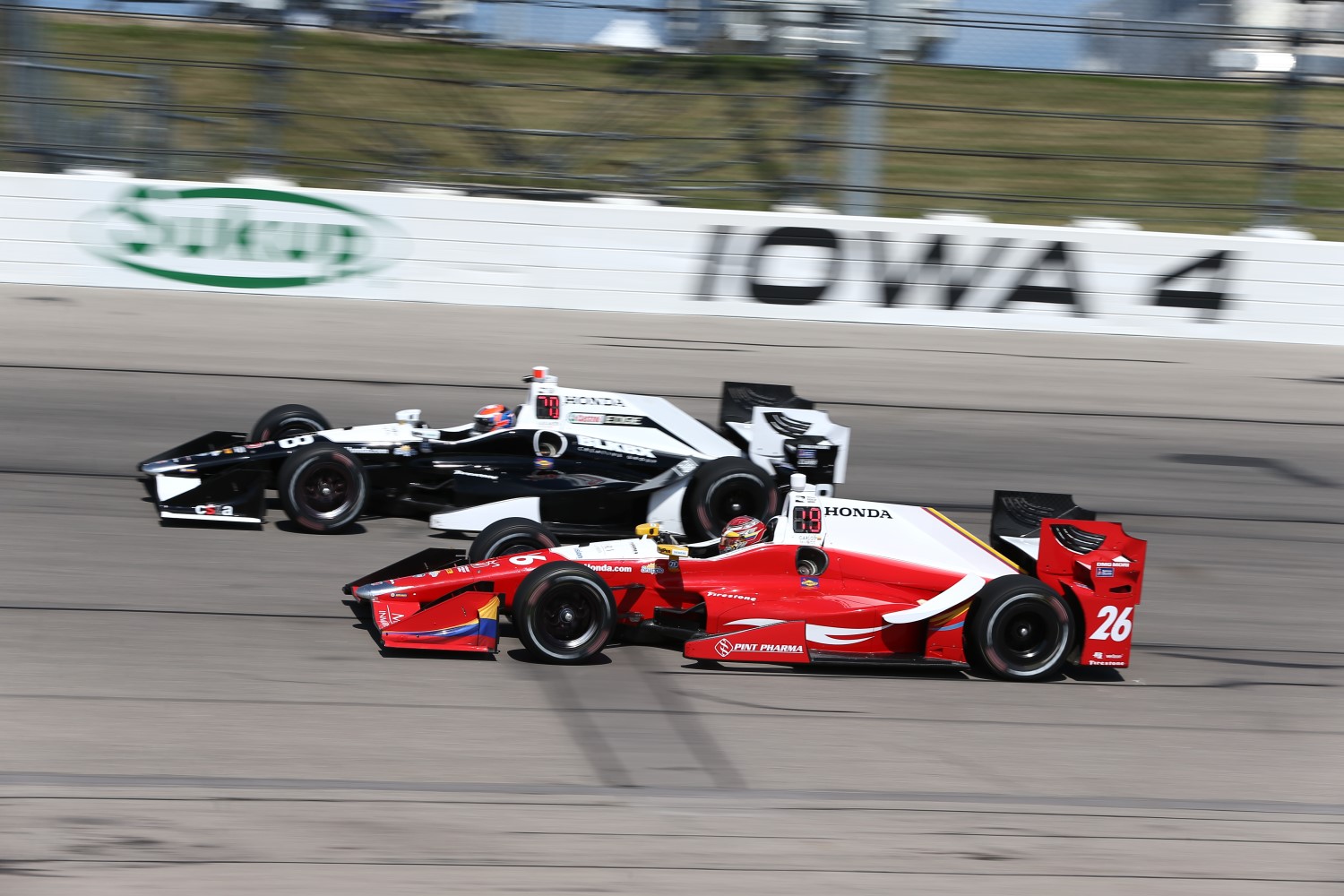 INDYCAR weekend will return with a full slate of open-wheel racing next July. Andersen Promotions and Iowa Speedway today announced the return of the Cooper Tires USF2000 Championship powered by Mazda. The future stars of INDYCAR will hit the progressive banking of "The Fastest Short Track on the Planet" on July 9, 2017, joining Indy Lights and the IndyCar Series.

"The Cooper Tires USF2000 Championship is the first step on the Road to Indy, and its strength and participation numbers are crucial to the overall stability of the IndyCar ladder system," said Iowa Speedway President Jimmy Small. "I'm hearing that we could see between 24-26 drivers on the grid.

"That will make for an intense race because there's a lot on the line for these young drivers who all have aspirations of making it to INDYCAR. We'll have three fantastic open-wheel races on our Sunday schedule with USF2000, Indy Lights culminating with the IndyCar Series Iowa Corn 300."

The Cooper Tires USF2000 Championship powered by Mazda provides a professional, entry-level open-wheel training ground, and serves as the ï¬�rst step on the way to a career in the Verizon IndyCar Series.

"Adding USF2000 to our event at Iowa Speedway is wonderful news for the Mazda Road to Indy and to USF2000 participants," said Dan Andersen, Owner and CEO of Andersen Promotions. "The Iowa oval will produce some great racing and provide excellent oval training especially in our new USF-17 car. Thanks to Jimmy Small and the team at Iowa to enable this to happen."

The all new state-of-the-art, carbon Tatuus USF-17 will make its series debut in 2017. The USF-17 chassis has been enhanced and meets current Federation Internationale de l'Automobile (FIA) safety standards, including side impact panels, front and rear impact structures, HANS-compliant head restraint, front and rear wheel tethers, upgraded uprights, and an upgraded front bulkhead structure for USA-specific oval tracks like Iowa Speedway. The Tatuus USF-17 chassis will replace the Van Diemen which was the series' workhorse since 1999.

USF2000 has produced some of racing's biggest names including two-time Iowa Speedway winner, Sam Hornish Jr., and Chip Ganassi Racing Teams' driver, Charlie Kimball. Matthew Brabham, who tested for INDYCAR at Iowa Speedway in 2015, became the first driver to advance, in succession, via the scholarship system from USF2000 to Pro Mazda, and on to Indy Lights Presented by Cooper Tires.

The Cooper Tires USF2000 Championship powered by Mazda will serve as a prelude to the to the 11th running of the Iowa Corn 300 on July 9, 2017. In this year's edition, Josef Newgarden dominated the field in the Verizon IndyCar Series Iowa Corn 300 to record his first career win on an oval, and ended six years of Andretti Autosport success in central Iowa. He led 282 of the 300 laps, breaking the record for most laps ever led in an INDYCAR race. The previous record was Ryan Hunter-Reay's 250-lap mark at The Milwaukee Mile in 2004.

Fans can catch the future stars of INDYCAR, and all the short-track excitement coming to central Iowa in 2017 by purchasing Season Tickets. Now through March 3, 2017, Season Tickets are available for renewal online or through the Iowa Speedway Box Office. Fans looking to become first-time Season Ticket Holders are encouraged to purchase tickets during this same time frame. Single Event and Weekend Packages will go on sale to the general public on November 25, just in time for the holidays.