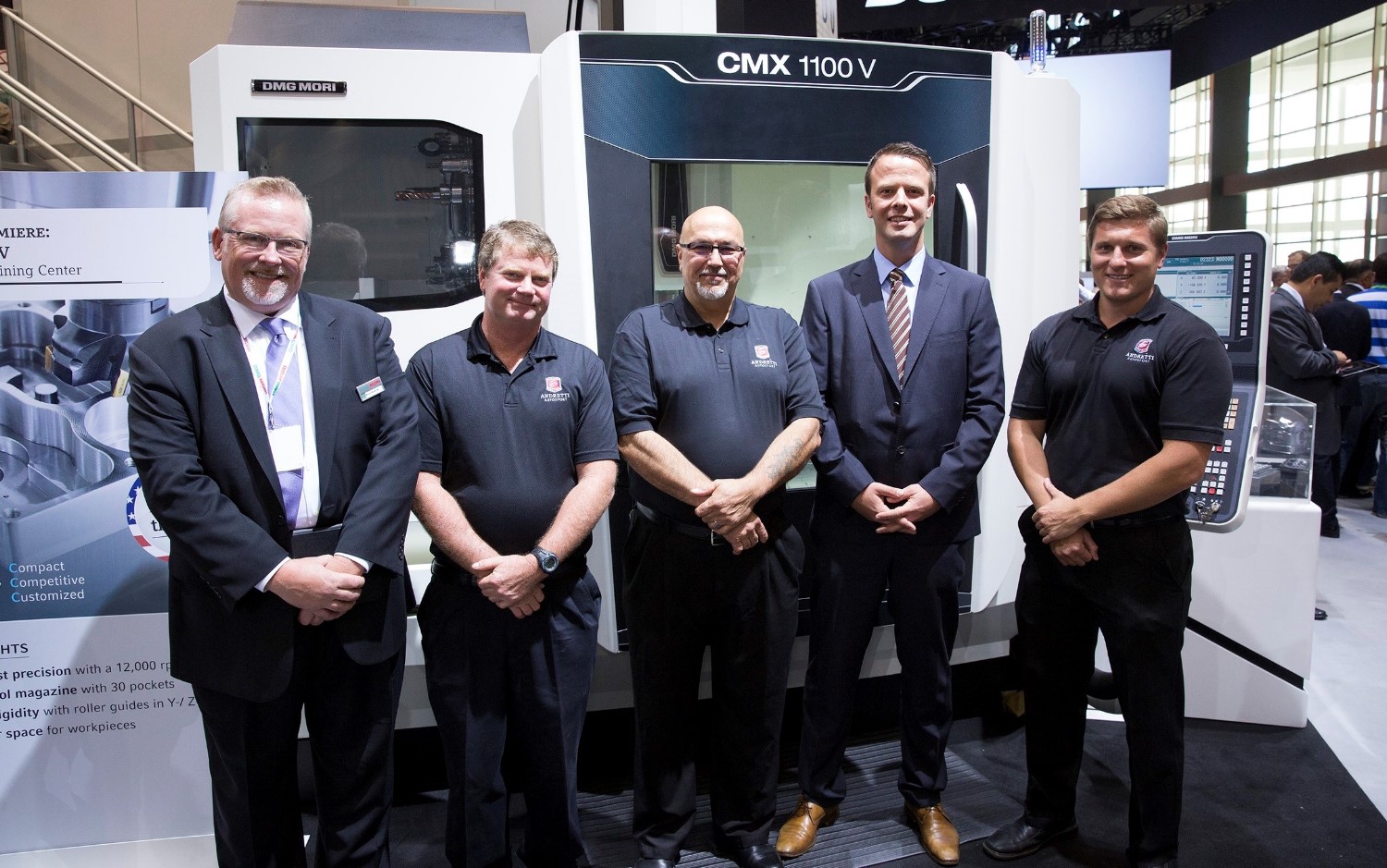 INDIANAPOLIS (September 14, 2016) – Reigning Indianapolis 500 champions Andretti Autosport and DMG MORI have announced a multi-year extension to the relationship which places DMG MORI as the exclusive machine tool sponsor to Andretti Autosport and its family of championship pedigree race teams. The company’s technical partnership includes improving the process and efficiency with which custom racing parts are engineered and created across the team’s IndyCar, Indy Lights and Rallycross platforms.

“We are excited to continue the sponsorship of Andretti which began in 2010. Our goal is to provide Andretti Autosport with the top of the line equipment and manufacturing experience, to gain insight in the requirements of a top performance racing company. I am proud to be part of the excitement behind IndyCar and now, Rallycross," says Mr. Eike Huebner, COO of DMG MORI USA.

The partnership includes placement with the Andretti’s Indianapolis headquarters of high-tech precision machine tools such as the DMU 50, CMX 1100 V and the NLX 2500 / 700 and allows Andretti Machinists access to the DMG MORI Academy and the ability to collaborate on special projects and initiatives.

“Andretti’s competitive advantage lies in it’s ability to develop faster than the competition," said Andretti Autosport Director of Engineering and Race Operations Rob Edwards. “Working with DMG MORI, the leader in machine tools, gives us the ability to execute that advantage. We have enjoyed many successes during the relationship to date, with the expansion and extension of the agreement between our two companies we look forward to many more."