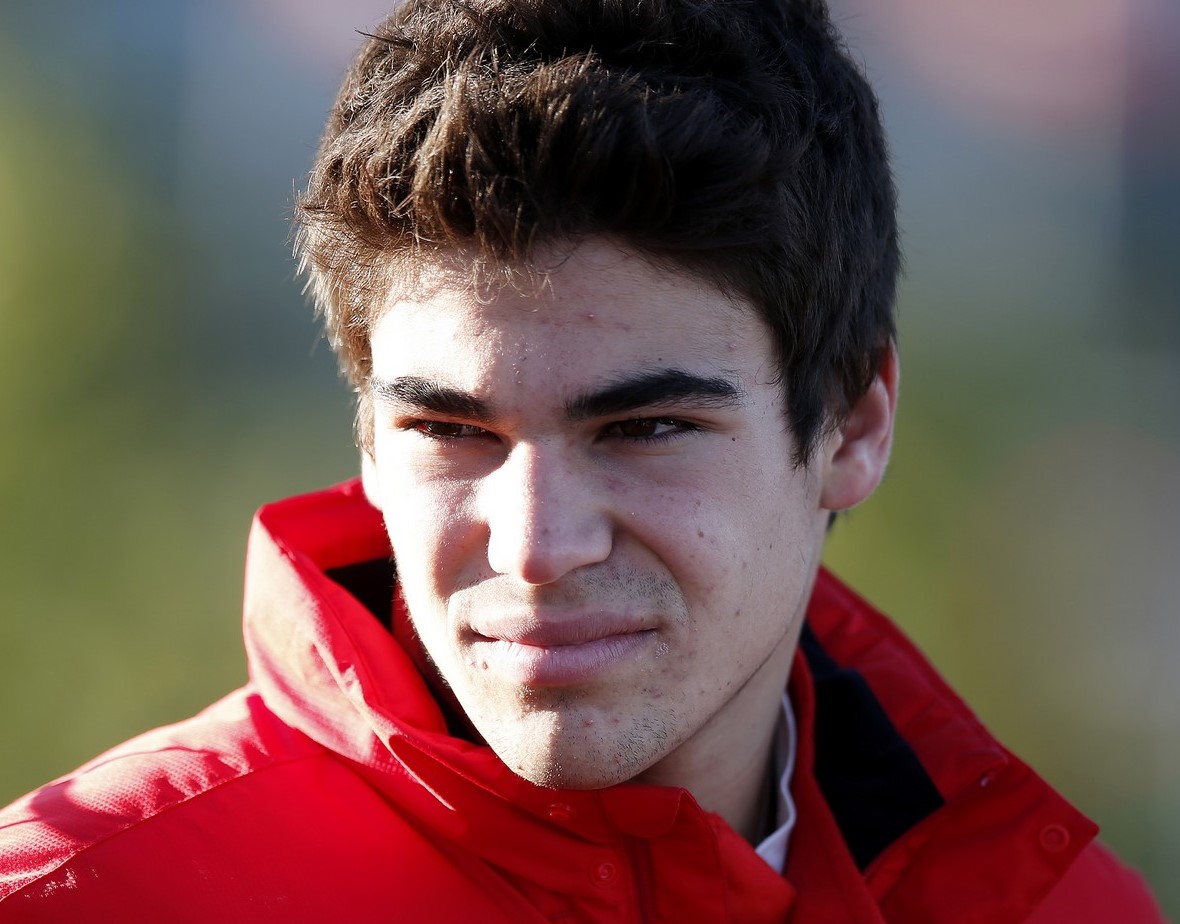 Stroll admits 'pressure' of F1 debut rumors
(GMM) Lance Stroll has admitted he is feeling the "pressure" of speculation linking him with the Williams race seat for 2017.

With Felipe Massa announcing his impending retirement at Monza, it is 17-year-old team development driver and Canadian Stroll who is most strongly linked with the drive.

Stroll's father is the fashion mogul and billionaire Lawrence Stroll, whose wealth and connections are said to have put together $35 million in backing for the youngster.

But Lance is also excelling in the highly competitive European F3 championship, and he has already qualified for a F1 Super License.

"Yes, I can win (the F3 title) before the end of the season, but I do not want to think about it," he told Radio-Canada.

Stroll also said he is not getting carried away by all the Williams talk, with some specialist publications even claiming a contract may already be in place.

"There is pressure," he admitted, "and a lot of people talking, but I just have to concentrate on finishing the season properly in F3.

"People talk about F1, and it's a bigger world, but in the end I can only do the best I can do."

What is clear is that Stroll will shortly begin a F1 track testing program in a 2014-spec Williams car.

Stroll said: "I don't know all the details. Williams have developed a program for me with the 2014 car, but I don't know when it will start. We will go on different tracks in Europe and outside Europe.

"I can't wait, it's exciting and I'll be busy. But we must separate the two worlds a little and focus on one thing at a time," he insisted.

Another option, he admitted, is a move into the GP2 series for 2017.

"I don't know yet. Both options are possible," he said.

His Mercedes teammate Nico Rosberg has hit back at Hamilton's recent resurgence with two wins on the trot, and the points gap is down to a measly 2 points.

But F1 supremo Bernie Ecclestone told the sport's official website: "Of course he (Hamilton) will win. No doubt about that."

And Jenson Button, a former teammate of the triple world champion and the most experienced active F1 driver, agrees.

"He's come from such a long way back, I think everyone forgets how far he was behind Rosberg and he closed that gap over three races," the McLaren-Honda driver told the Sun newspaper's correspondent Ben Hunt.

"His qualifying is impressive, and I think in a race you know he's in a very strong position," Button added.

"Mentally he's a lot stronger than he used to be, he's got a really good chance and he probably is going to win a fourth world title."

Having built the sport over several decades, and with his motor racing involvement stretching all the way back to the late 40s, the 85-year-old's opinion carries a great deal of weight.

So does he nominate Fangio, Senna or Schumacher?

"It's hard to say," the Spanish sports daily Marca quotes the Briton as saying, "but if I had to choose one over the years, I would probably say Prost.

"He was better than Schumacher or Senna. Michael had a lot of help from the team or teammates, and at some points it was the same with Senna.

"But Prost never had such privileges. He always had competitors even within his own team," Ecclestone said.

But while Ecclestone named Prost the best, he said Jochen Rindt was his personal favorite.

"We were very close, as colleagues and friends," he said. "He is definitely my favorite, but not the best of all time. That's Prost."

Mercedes 'active suspension' trick revealed
(GMM) The FIA and rival teams want to stop a rule loophole that explains some of the superiority of Mercedes' 2016 car.

That is the claim of Germany's specialist Auto Motor und Sport, claiming the silver-clad team not only has the best engine in F1 but also the best chassis.

The report said the Mercedes has an hydraulic roll and height control system – similar to the earlier 'Fric' concept that was banned – that cleverly uses the 'step' in the top of the chassis to mimic active suspension.

For aesthetic reasons, this 'step' was allowed to be covered by a so-called 'vanity panel' after 2012, but it also gave Mercedes a place to house the system outside of the carbon tube.

Correspondent Michael Schmidt said: "The other teams now recognize the trick and put it on the agenda for the technical meeting on the Tuesday after Monza."

He added that the FIA would like to ban it shortly, but that would require the agreement of all the teams – including Mercedes – to change the 2017 regulations.

Haas, which alluded to the package before the summer break, will apply a new front wing, plus modifications to the floor and the brake ducts for the street race.

"We're aiming to reduce corner sensitivity so the car is more consistent, and enhance aerodynamic performance and overall efficiency," Steiner said of the updates.

"We finished developing this year's car completely more than two months ago.

"These changes came from wind tunnel data and it took a little bit of time to develop the parts [before applying]; we took our time so we are better prepared for next year."

"We've been using a 60-percent scale model car in the wind tunnel since February, but from February to June we developed both cars (2016 and 2017) simultaneously," he said.

"In the past two-and-a-half months, it's been all hands on deck developing the 2017 car."

Mercedes 'curious' over Singapore pace
Mercedes motorsport boss Toto Wolff says the team is "curious and excited" to see where it stands at the Singapore Grand Prix, after difficulties through last year's event.

Lewis Hamilton and Nico Rosberg were around a second-and-a-half off the pole position time at Marina Bay 12 months ago, amid struggles to unlock performance from their tires.

"We go to Singapore with a big challenge ahead of us," said Wolff.

"No team has ever scored a 1-2 finish there – and with good reason.

"As we have seen before, it's a race where a single problem can cascade into many more as the weekend progresses – we have to optimize everything to get a solid result.

"We didn't manage it last year and, although we believe we now understand why, only performance on the race track [this weekend] can prove our conclusions right.

"We are curious and excited to see how it goes.

"Ferrari were mighty around this circuit last year and it will suit the high downforce design philosophy followed by Red Bull, so we must not make the mistake of thinking we are favorites this weekend.

"It's an exciting time for the sport and the future is looking bright.

"For us, we now have to get the ball over the line in both [Constructors' and Drivers'] Championships while remaining conscious that next year is a very different challenge."

Mercedes currently holds a 208-point lead over Red Bull, while Hamilton's advantage over Rosberg has been cut to two points, the latter winning in Belgium and Italy.

Buscombe, previously of Ferrari, joined Haas for its rookie Formula 1 campaign, contributing to standout sixth- and fifth-place finishes at the Australian and Bahrain Grands Prix.

But they parted ways amid talk of a disagreement, with Buscombe officially leaving in June, and she will begin her new role at Sauber from the Malaysian Grand Prix onwards.

Sauber is the only team yet to score a point so far in 2016.