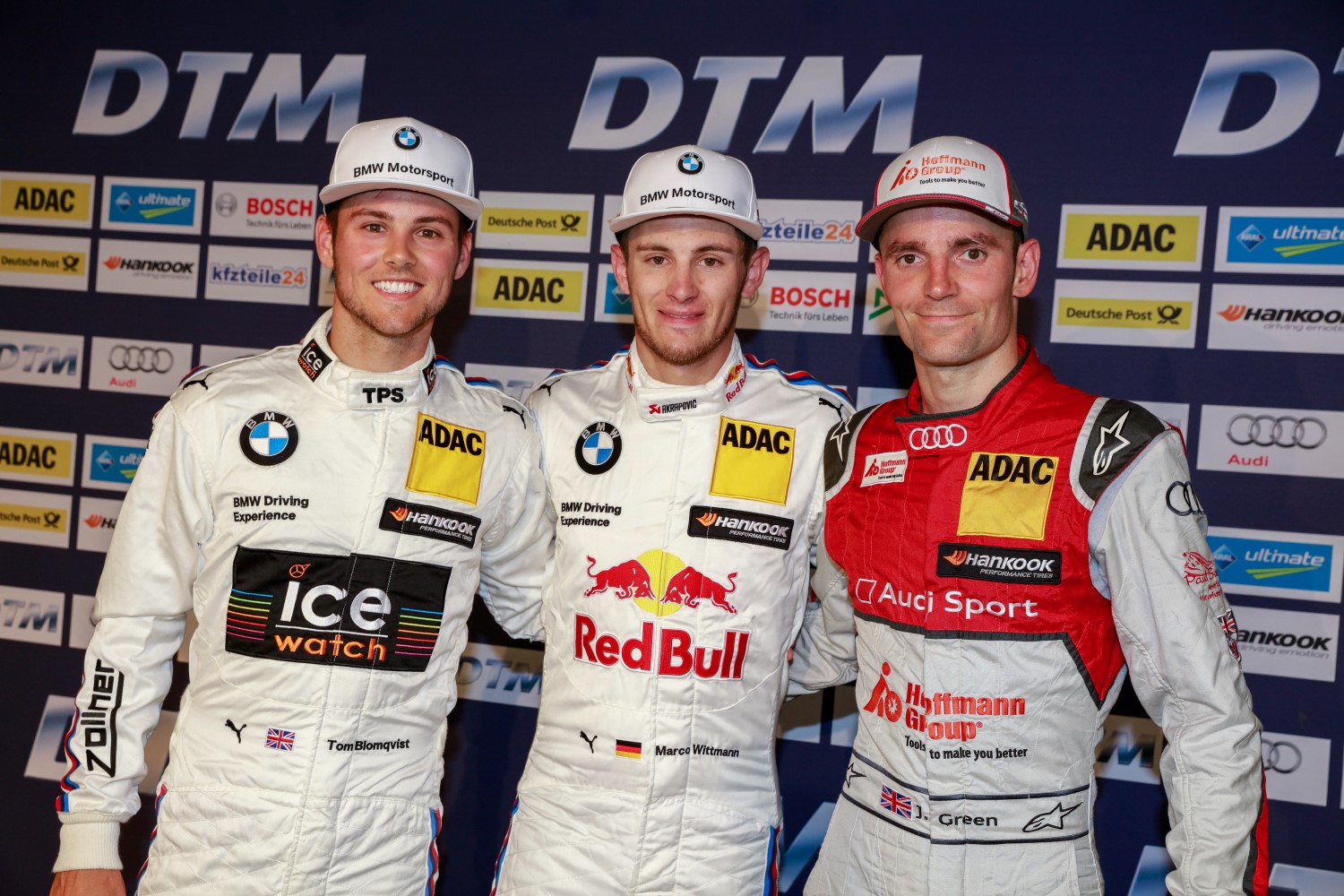 Marco Wittmann extended his points' lead in the DTM drivers' standings with an undisputed lights-to-flag victory in the race at the Nurburgring on Saturday. In pleasant late-summerly conditions, the BMW driver won the 30 lap race with a margin of 7.136 seconds from his fellow BMW driver Tom Blomqvist. For Wittmann, it was the eighth DTM race win of his career and the third of the 2016 season. "Unbelievable. This was a great race," Wittmann commented after the race.

"I had a good start and tried to avoid making any mistakes. I was pushing flat-out all the time to maintain focus and concentration. This is a special win, especially for my team RMG and team principal Stefan Reinhold. For the guys, the Nurburgring is their home track."

Having taken the checkered flag in third place with his Audi RS 5 DTM, Jamie Green claimed the final podium slot in the Eifel. His fellow Audi driver Edoardo Mortara finished fourth from Timo Glock with another BMW.

Paul Di Resta was the best-placed Mercedes-AMG driver in sixth position. Second in the championship, Robert Wickens, who had started the race from 13th on the grid, crossed the finish line in ninth place behind Lucas Auer and Maxime Martin and thus lost important points in the battle for the DTM title.

In the DTM drivers' standings, Wittmann has extended his lead to 35 points with his race win. With a total of 155 points, he is leading Wickens (120 points), Green (119 points) and Edoardo Mortara (112 points). With five races still remaining and 125 points at stake, nothing is decided in the battle for the title yet.

The second DTM race at the Nurburgring will start on Sunday at 15.10 hrs (ARD live from 15.00 hrs). Prior to that, the starting grid positions for the 14th race of the DTM season will be decided in qualifying from 12.50 hrs (live on One, formerly known as Einsfestival from 12.45 hrs).