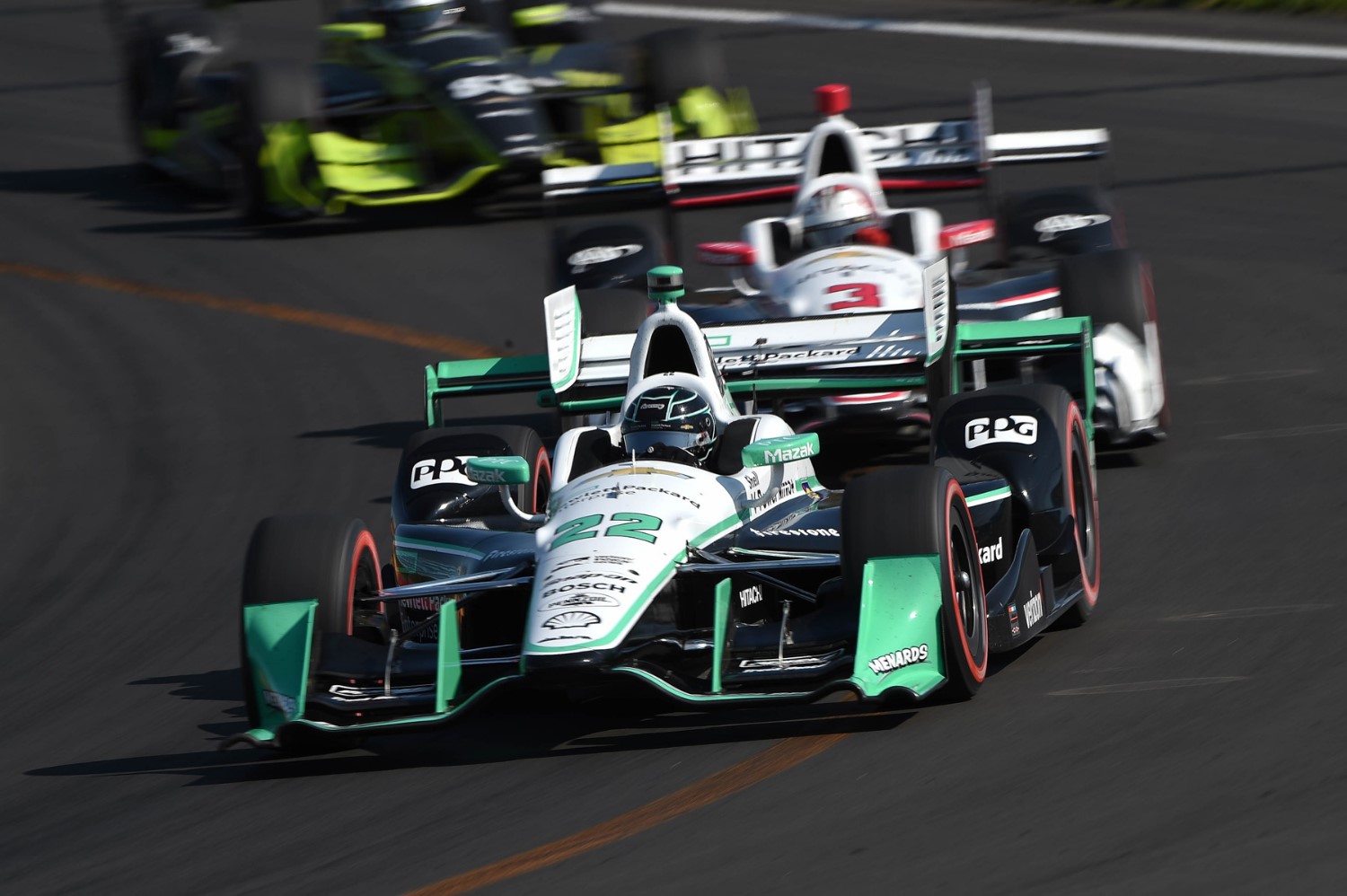 The Verizon IndyCar Series will host its championship weekend at the GoPro Grand Prix of Sonoma for the second consecutive year, as the series returns to Sonoma Raceway for its season finale, Sept. 16-18.

Simon Pagenaud, who boasts four wins and seven pole positions this season, holds a 43-point lead over Team Penske teammate Will Power heading into the 85-lap, title-deciding race for the Astor Cup. With double points on the line in Sonoma, a strong finish for Pagenaud is still a must for the Frenchman.

“For the championship, the day (in Watkins Glen) was very good," said Pagenaud, who will clinch the title with a finish of fourth or better in Sonoma. “We collected a lot of points and we have a bit of a cushion going into Sonoma. We still have to race hard, but it's going to be a lot more comfortable."

The finale marks the 11th consecutive year that the championship will be decided in the finale.

"I know the championship might be over (for me), but it's not over for Team Penske," said Helio Castroneves. “So, now we need to focus and go win Sonoma."

This season marks Pagenaud’s second with Team Penske and seventh in Indy car racing. In five Sonoma starts, Pagenaud has two top-five finishes, including a best finish of third in 2014.

Power, meanwhile, has won three times in wine country and has earned five pole positions over the past six years. The 2014 Verizon IndyCar Series champion cannot be counted out in the championship hunt. Despite a 47-point deficit heading into the 2015 season finale, Target Chip Ganassi Racing’s Scott Dixon held off season-long points leader Juan Pablo Montoya for the victory in Sonoma and series championship.

"I think that the double points will make it very interesting and exciting for the finale," said Power, driver of the No. 12 Verizon Team Penske Chevrolet. "I definitely consider it one of my best racetracks. I've had a lot of highs and a few lows there, but it is going to provide a great venue for the final race of the season."

Sonoma Raceway first hosted an Indy car race under USAC sanction in 1970, which was won by Dan Gurney. Mario Andretti was the runner-up and Al Unser finished third. Indy car racing under INDYCAR sanction returned to the racetrack in 2005, with Tony Kanaan claiming the inaugural victory. The GoPro Grand Prix of Sonoma has featured seven different winners since the modern-era series’ first visit to Sonoma in 2005. Team Penske has won the most IndyCar races in Sonoma with five, while Chip Ganassi Racing Teams boast four Sonoma wins.

"This track is really good for the drivability of the engine," said Pagenaud. “There’s a lot of slow corners and high speed corners, lots of elevation change, so it’s always really interesting to be here. Obviously it’s a double points race at the end of the year, so as we saw last year it’s the most important race of the year."

NBC Sports Networks will air live the second practice session on Friday at 2 p.m. (Pacific), as well as qualifying on Saturday, Sept. 17, at 3 p.m. The network will air the 85-lap feature race live beginning at 3:30 p.m. on Sunday, Sept. 18. For more information or to purchase tickets for the GoPro Grand Prix of Sonoma, visit www.SonomaRaceway.com/indycar or call 800-870-RACE.