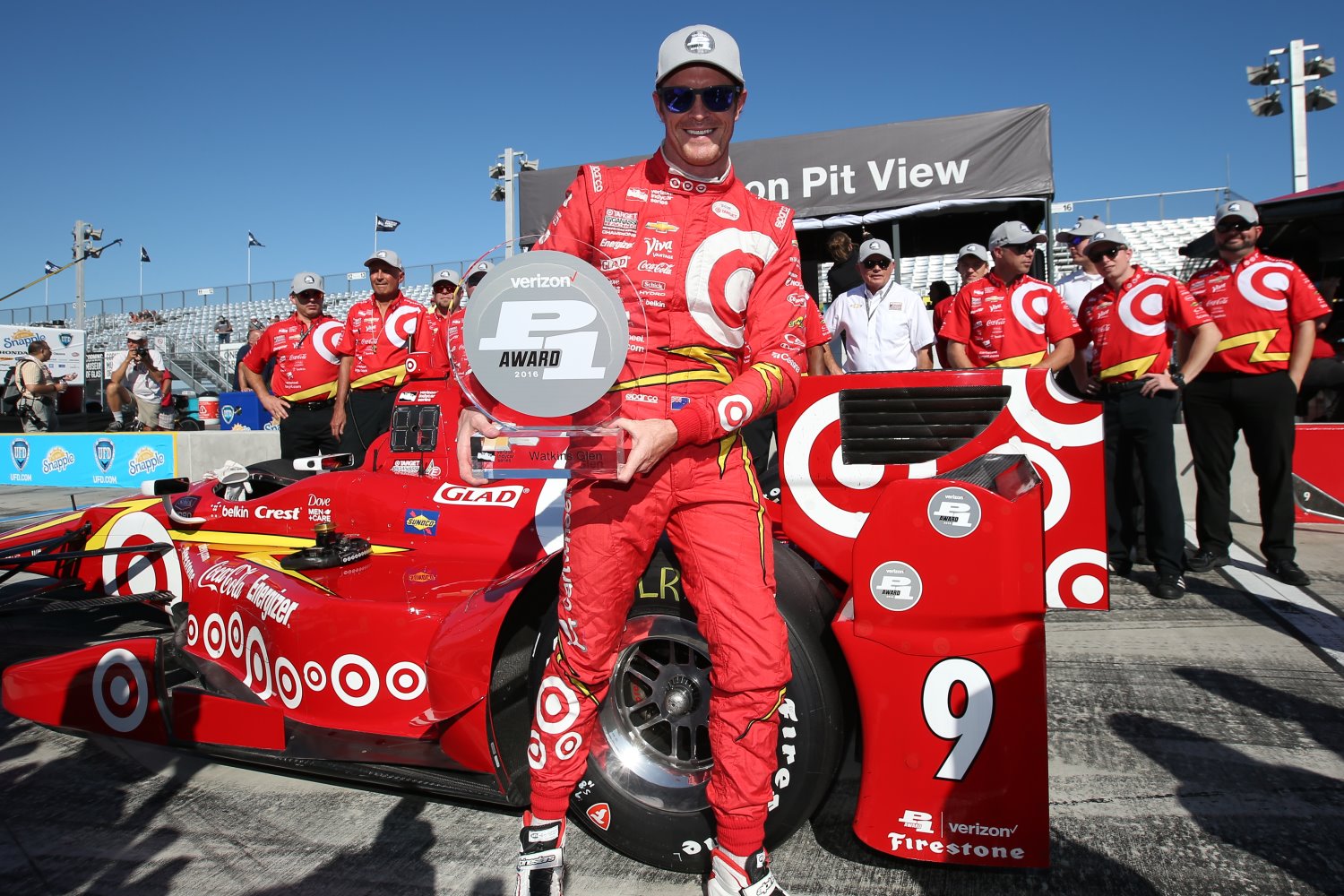 Good morning on a beautiful race morning from the historic 3.37-mile Watkins Glen circuit. We will have perfect temperatures today in the mid 70s with no prediction of rain.

Scott Dixon, the winningest driver at Watkins Glen, is on pole today. Dixon led all three practice sessions prior to qualifying and shattered the 7-year-old track record held by Ryan Briscoe by 5.6 seconds. The pole position tied Dixon with Paul Tracy for 11th on the all-time Indy car chart and delivered Chip Ganassi Racing Teams its 87th Indy car pole. Dixon is 131 points behind Pagenaud now.

"We've been at the top of the time sheets, at least a good percentage of them this weekend," said Dixon, tied for fourth on the Indy car victory list with 39 but winless since the second race of the season at Phoenix. "We've had a bit of a rough year, so it is nice to come back here and perform like this."

Will Power qualified second in the No. 12 Verizon Team Penske Chevrolet (1:22.5742, 146.922 mph), missing out on the top spot by less than five-hundredths of a second. Power said he could have used the point that the Verizon P1 Award winner earns in his hunt to chase down teammate and championship leader Simon Pagenaud.

Power commented on his approach to winning the championship this year. "I don't feel much pressure this year. I mean obviously, I know what it is like going for the first one in 2014. I remember the last two races then. I was not sleeping. It was nerve racking. This time I am just doing my best. In a calm way. It has been a very strong year for me."

"We missed the Fast Six by just a little, but that's how competitive the Verizon IndyCar Series is," said the driver of the No. 22 Hewlett Packard Enterprise Chevrolet. "If everything is not practically perfect, then someone else will be a little faster. I like our prospects for the race tomorrow, though. We're in good shape."

And the other drivers still in the championship running, Tony Kanaan, Helio Castroneves, Josef Newgarden, Graham Rahal, James Hinchliffe and Carlos Munoz, will be racing hard today to get the most points before the final race in Sonoma in two weeks.

Morning warmup is at 10:30 am. We will update as the day goes on….and be sure to check our rumors page – big changes can be in store next year.