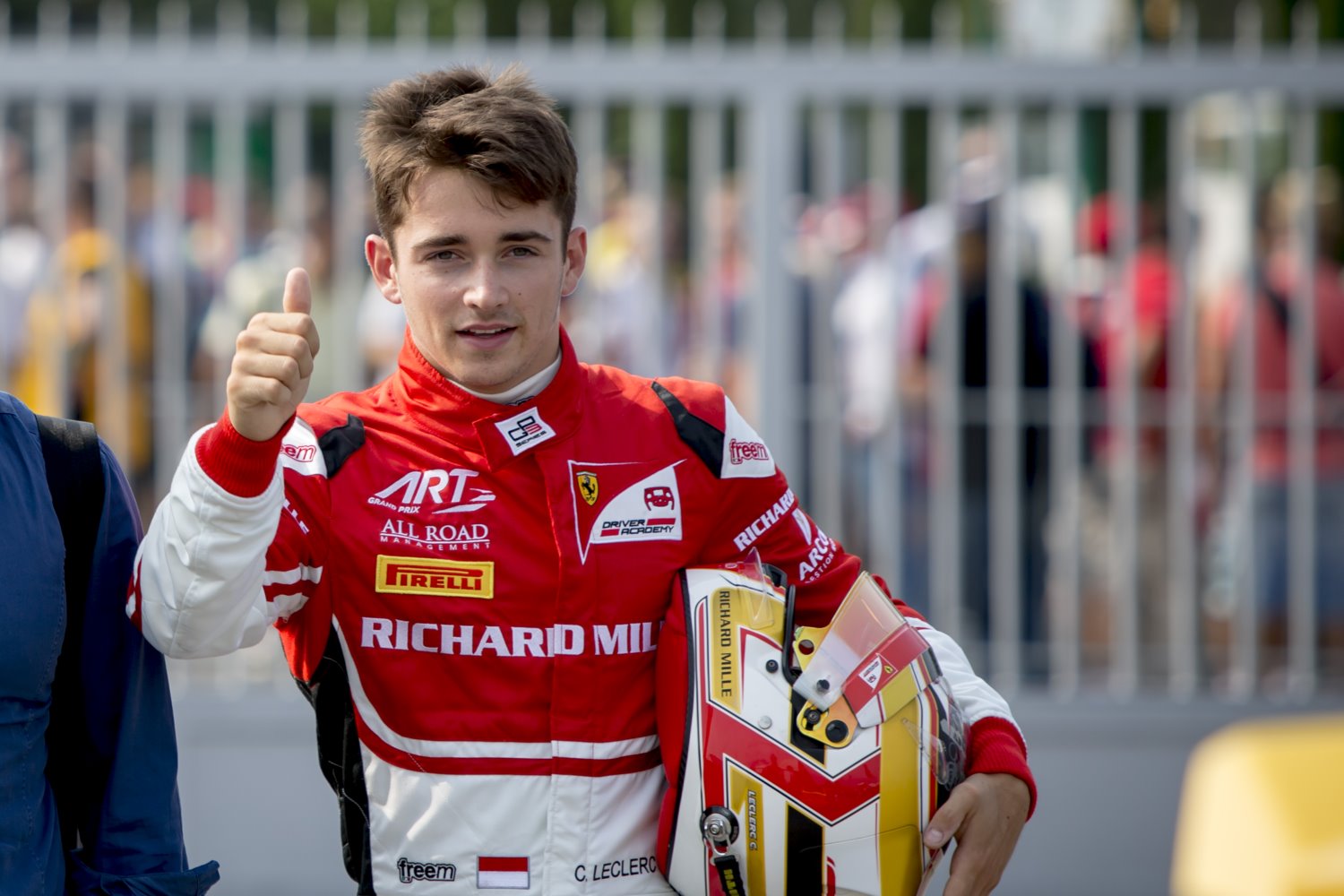 Scuderia Ferrari Team Development driver Charles Leclerc claimed his third pole of the GP3 season at the Autodromo Nazionale Monza this morning: the Monegasque’s best laptime of 1:38.546 was one tenth quicker than Arden International’s Jake Dennis. Renault Academy’s Jack Aitken made it two Arden drivers in the top three after an eventful qualifying session in Italy.

Dennis was first to lap into the 1m39’s followed by Leclerc who bettered his time by two tenths. ART Grand Prix’s and McLaren protégé Nyck de Vries then headed to the top of the timesheet with DAMS’ Jake Hughes up to third.

Dennis reclaimed provisional pole by 0.020s over the Dutchman with the drivers posting several hot laps before returning to the pitlane at the midway point of the session for new Pirelli rubber. As the drivers waited in the pitlane, Dennis led from De Vries, Aitken, Hughes and Giuliano Alesi

The final seven minutes of the session were very busy with all of the drivers desperate to get a good position on track to get a tow. There was contact between Trident’s Artur Janosz and Jenzer Motorsport’s Arjun Maini, which resulted in the Indian having to pit for a new front wing. Kevin JÃ¶rg also had to pit for a replacement front wing after contact with De Vries.

The session was red flagged when Ferrari Driver Academy’s Alesi stopped on track with technical gremlins. Aitken had taken P1 at this point ahead of title contender Alexander Albon. As the checkered flag was waved, Dennis shot back to the top of the timings but just for a matter of seconds before Haas F1 Team tester Leclerc found some extra pace to lap one tenth quicker than the Briton to snatch pole in the final seconds.

Leclerc’s pole has earned him four more points in the battle for the GP3 crown, whilst the Arden duo of Dennis and Aitken will be eager to show off their tire management skills and fight for victory with the Monegasque ace. Albon qualified fourth; with Hughes in fifth, however the Brit has a three place grid penalty from Spa-Francorchamps. JÃ¶rg, Nirei Fukuzumi, Antonio Fuoco, De Vries and Ralph Boschung complete the top ten with the Koiranen GP driver also having to serve a grid penalty from Hockenheim.