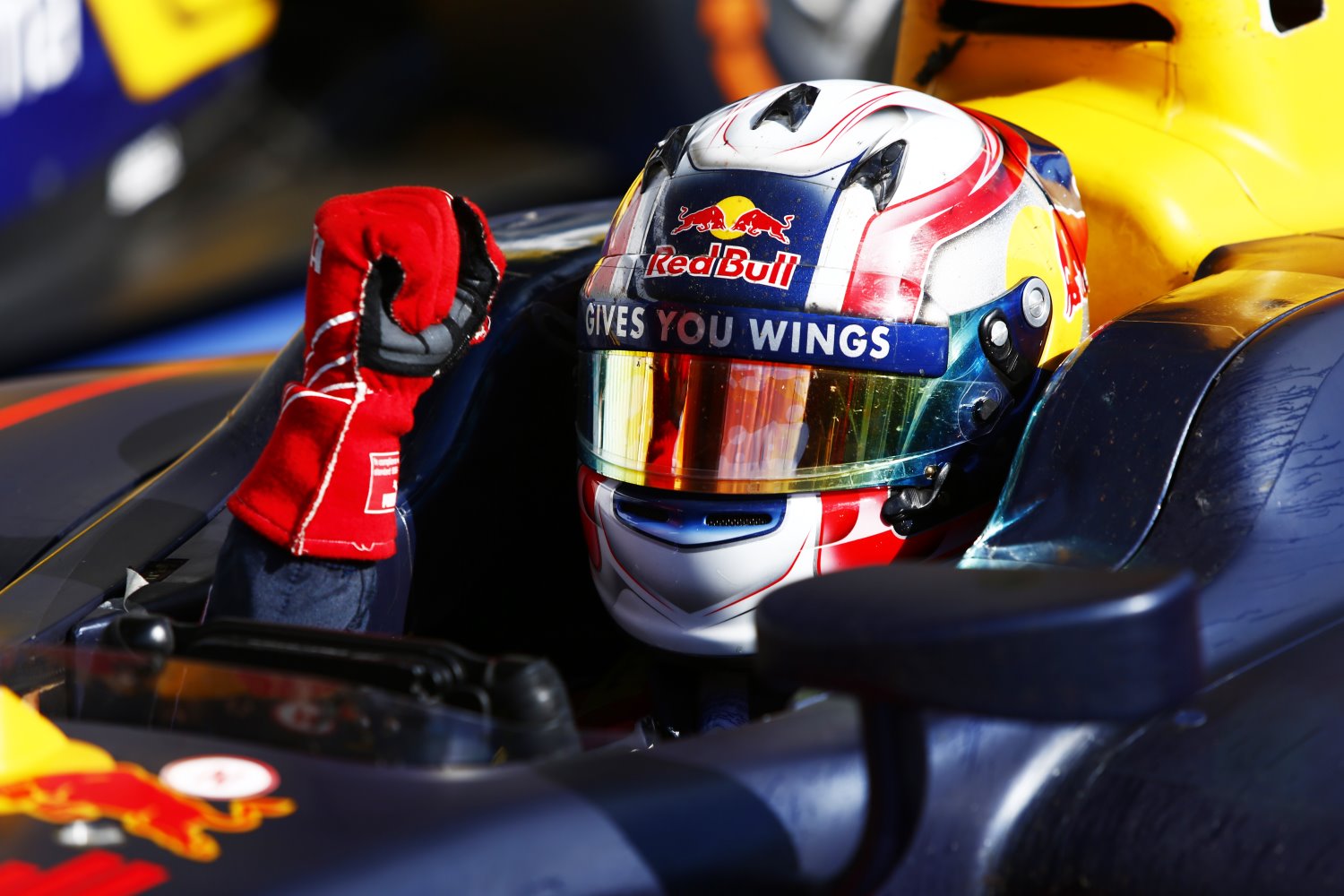 Pierre Gasly secured his third victory of the year with a strong drive on the right tyre strategy in this afternoon’s Feature Race at the Spa-Francorchamps circuit in Belgium, grabbing the lead early in the race and tearing away from his rivals to win ahead of Jordan King and Alex Lynn.

The Red Bull protege made a solid start from the front row as PREMA teammate Antonio Giovinazzi bogged down from pole: a storming start from third gave Gustav Malja the lead from Gasly, Norman Nato, King and Giovinazzi, who survived an impact at La Source with Lynn dropping behind Raffaele Marciello but ahead of a fast charging Sergey Sirotkin as the field headed towards Eau Rouge for the first time.

With the first seven drivers on the soft compound there was a question mark over whether anyone at the front would push ahead of their early stop, and Gasly soon provided the answer: the Frenchman mugged Malja at the end of the Kemmel straight for the lead on lap 4 and was gone, with Nato following his countryman by the Swede one lap later: Malja, King and Lynn pitted the next time through (with King jumping up a place in the pits), Gasly and Marciello on lap 7, then one lap later Nato and Giovinazzi pitted for fresh rubber just as Artem Markelov mugged his countryman on track for what was (for now) the lead of the race.

When the stops shook out Gasly (still leading the pitted drivers) was 18 seconds off the lead in P8 and was soon moving forward, easing his way up the timesheets as Markelov did what he could to hold on up front. But Gasly was clearly faster than everyone, overtaking Daniel de Jong at Blanchimont, Mitch Evans at the bus stop and Jimmy Eriksson at Les Combes as he closed in on the win.

Sirotkin was unable to compete with his countryman, coming in earlier than expected on lap 16 in an attempt to find more speed: Markelov pitted two laps later and emerged just behind Giovinazzi, handing the lead back to Gasly just as Nato’s car died at the exit to the bus stop, prompting a VSC period and denying the Frenchman an almost certain podium finish.

Gasly easily contained the restart and eased away to an 11 second lead at the flag over King, with Lynn fighting his way up to P3 with a strong early stint after his stop. Marciello just held off his flying teammate Markelov for 4th, with Giovinazzi holding on for P6 despite racing with a broken front wing. Luca Ghiotto showed once again what he can do after claiming 7th from 14th on the grid, while Malja held on for tomorrow’s reverse pole as behind him Oliver Rowland and Sergio Canamasas collided on the final corner, handing P9 to a delighted Sirotkin.

Gasly eased away from Sirotkin in the drivers’ standings, 138 points to 115, ahead of Marciello on 114, Giovinazzi on 112, Rowland on 100 points and King on 98 as the grid prepares for tomorrow morning’s Sprint Race at the fabled circuit.