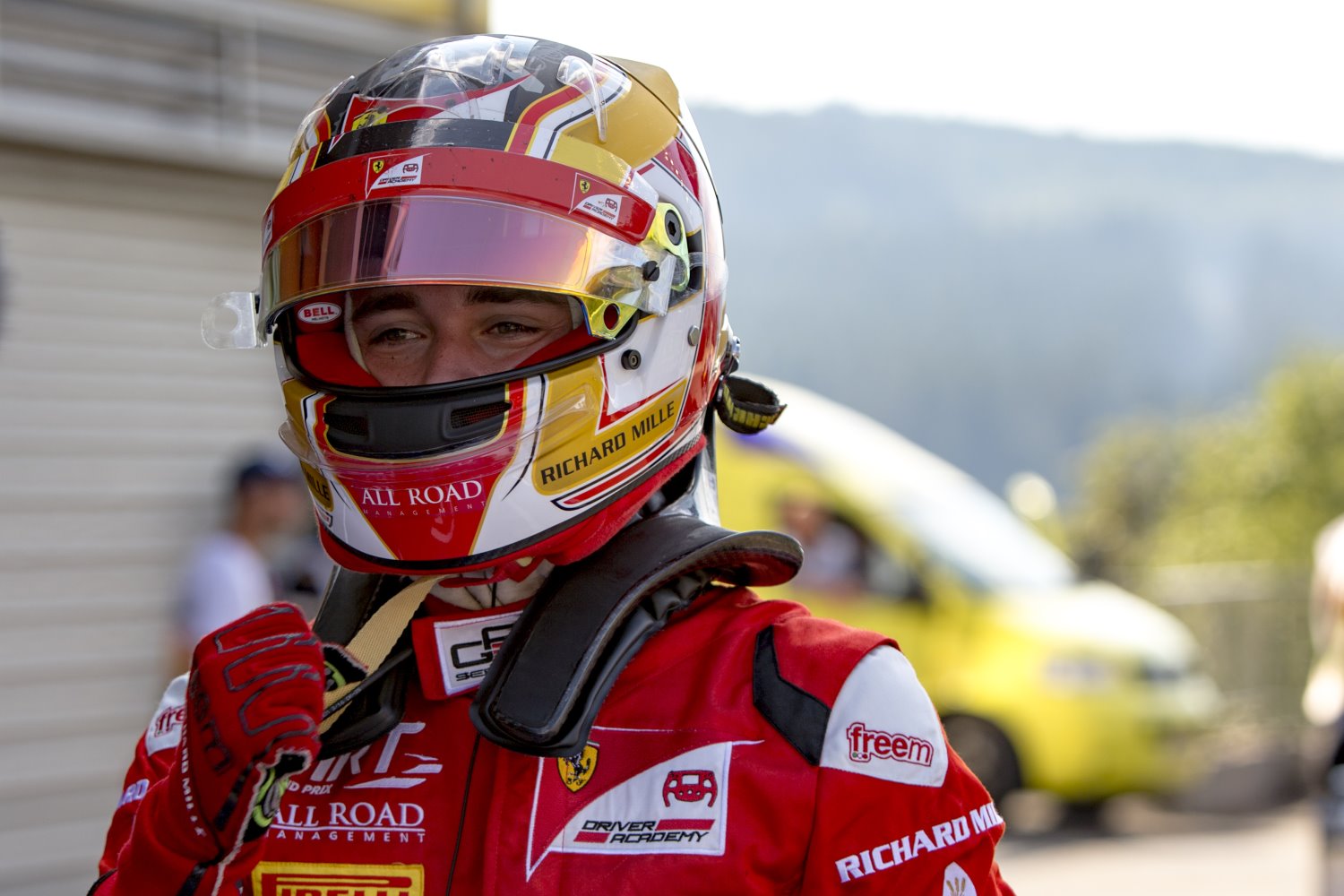 Series leader Charles Leclerc from ART Grand Prix showed his dominance in today’s qualifying session for Round 6 of the 2016 GP3 Series season at Spa-Francorchamps: the Scuderia Ferrari Team development driver posted a best laptime of 2:04.896 which was three tenths clear of his nearest rival and faster than last year’s pole position time set by Luca Ghiotto. DAMS’ Jake Hughes was second ahead of McLaren protege Nyck de Vries.

It was another warm start to proceedings at the Belgian track and it was Dutchman De Vries who was first to head the timings on the first run. The ART Grand Prix rookie lapped two tenths quicker than Hughes and Arden International’s Jake Dennis to lead the field early on.

At the midway point, all of the drivers returned to the pitlane to switch to new Pirelli rubber with the soft compound nominated for this event. 1s was covering the top 17 drivers; showing how closely fought the battle for a good grid spot was going to be.

Hughes began his push lap, with Leclerc hot in pursuit with the Briton clocking the fastest time of the session, albeit for a matter of seconds before the Monegasque driver claimed P1. Leclerc had lit sectors one and two in purple and lapped three tenths faster than the DAMS driver.

The positions remained fairly stagnant behind as the drivers tried to improve but it was to no avail as Leclerc celebrated his second pole in GP3 at the checkered flag. Hughes fresh from his race win in Hockenheim joined the ART Grand Prix ace on the front row ahead of De Vries, Trident’s Antonio Fuoco, Kevin Joerg, Koiranen GP’s Matthew Parry, Jenzer Motorsport’s Arjun Maini, Sandy Stuvik, Santino Ferrucci and Campos Racing’s Alex Palou.

Leclerc’s pole position has gained him a further four valuable points in the title battle; meaning he has extended his advantage over teammate Alexander Albon to seven points after the Thai qualified down in P17.