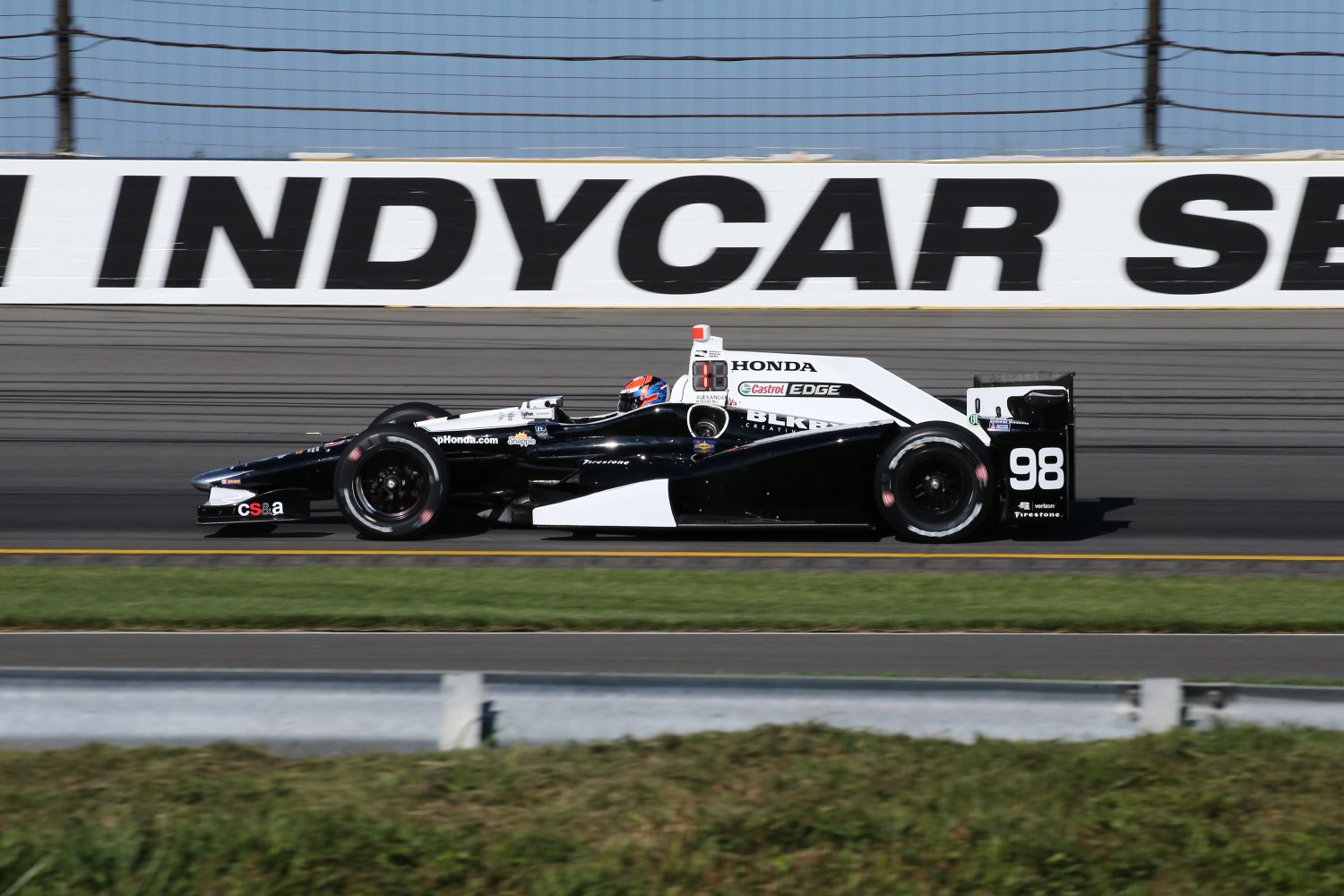 For Alexander Rossi's rookie season in the Verizon IndyCar Series, there has been May and everything else.

In that month, Rossi became the first rookie to win the historic Indianapolis 500 since Helio Castroneves in 2001. It was also the first time an American-born rookie had won the 500 since Louis Meyer in 1928.

Everything else: not so much.

Rossi's top finish in the 12 starts sandwiched around the 500 was a sixth on the oval of Iowa Speedway. On Monday at Pocono Raceway, a pit-road mishap led to a placing of 20th, matching his worst finish of the season.

In the last five races, Rossi has dropped from fifth to 12th in the season standings. He is the top rookie, but that is small solace.

"Aside from the month of May, I've been pretty disappointed with it," Rossi said. "We've had good moments here and there, but everyone here is used to winning. We wake up every morning trying to do that."

The completion of the rain-interrupted Firestone 600 on Saturday night at Texas Motor Speedway offers Rossi a chance to get back on track. In an unexpected development, ovals have been good to him.

His top two finishes have been on ovals, at Indianapolis and Iowa. He led four laps on the oval at Pocono before the three-car accident on pit road.

Rossi was fast at TMS in June, when the first 71 laps of the race were run. He raced among the top five for about the first 40 laps and had the fastest single lap at 211.666 mph.

The first stage of the race was harder on tires than the team expected, and that caused Rossi to fall back before the race was stopped because of rain. In the interim, the team has addressed its mistake and returns better prepared for the conditions.

"The [red flag] was a little bit of a blessing for us," said Rossi, who will start in 13th on the lead lap. "We're coming back with a car that should be strong.

"We have an opportunity to finish [the season] strong. The hardest part of the season is behind us."

Rossi's win in the 500 is, by far, the shining moment of the year for the new team of Herta Andretti Autosport. It came together in the offseason, when Bryan Herta folded his operation into the Andretti group.

The Andretti drivers — Marco Andretti, Ryan Hunter-Reay and Carlos Munoz — have combined for no victories and only five top-three finishes. Simon Pagenaud, of Team Penske, has more wins (four) and top-three finishes (seven) than the entire operation.

Andretti has been eliminated from the title chase, and others have only a mathematical chance. The goal, Rossi said, is to finish with the best finish among Honda racers.

"As a group, we've struggled a bit," Rossi said. "The results haven't been what we all expect from ourselves. We go into seasons thinking of winning championships."

Everything about this season has been new for Rossi. The learning experience has been bumpy at times, he said, but there have been signs of improvement.

Hunter-Reay is the ace of the Herta Andretti team, the driver against whom the others measure themselves. Rossi has reached the point where he can run with Hunter-Reay.

Rossi has not decided if that will continue next season. He could stay with IndyCar, or he could return to Formula One. Rossi has retained his position as a reserve driver for the Manor Racing F1 team.

The two-car team will unveil a 19-year-old rookie, Esteban Ocon, on Sunday in the Belgian Grand Prix. Rossi can tell him all about life as a rookie. Gerry Fraley/SportsDay