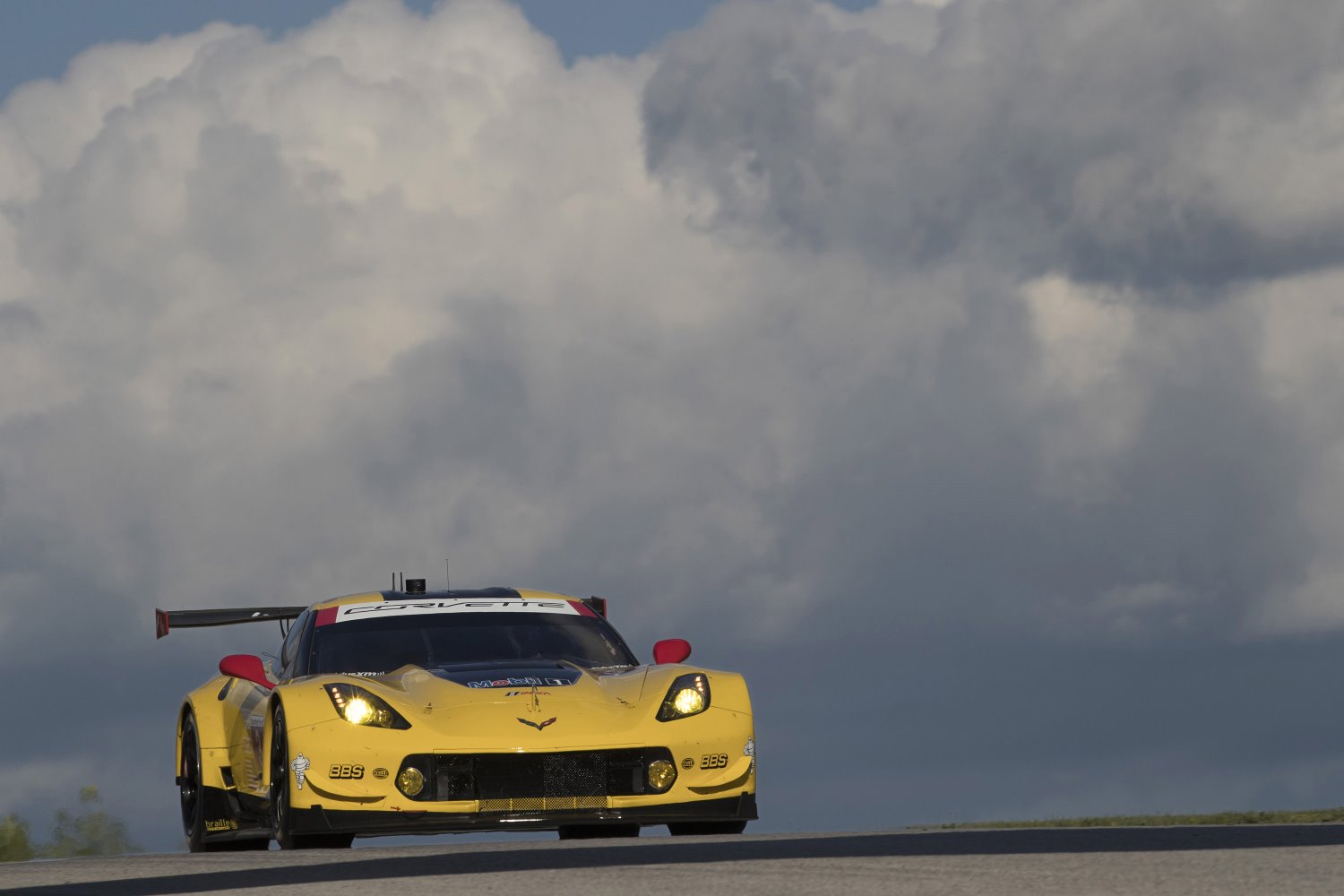 Corvette Racing’s Antonio Garcia set the best time on the opening day of the Michelin GT Challenge at VIR on Friday with a 1:42.623 (114.7 mph) in the No. 3 Mobil 1/SiriusXM Chevrolet Corvette C7.R. His time came in the second of two practice sessions at the 3.27-mile, 17-turn road circuit on a day where air temperatures reached 99 degrees and track readings approached 130 degrees according to tire engineers with Michelin.

This is the first race for the IMSA WeatherTech SportsCar Championship on the newly paved VIR surface which was completed about one month ago. As a result, drivers reported a huge increase in grip over past seasons. Corvette Racing’s two Corvette C7.Rs got to sample the new asphalt for the first time Friday.

The third and final official practice is set 8 a.m. ET on Saturday with GT Le Mans qualifying at 12:20 p.m. ET.

The two-hour, 40-minute Michelin GT Challenge at VIR is scheduled for 1:35 p.m. ET on Sunday, Aug. 28. It will air live on FOX Sports 1 starting at 1:30 p.m. ET with IMSA Radio coverage and Chevrolet on-board cameras available on IMSA.com.

ANTONIO GARCIA, NO. 3 MOBIL 1/SiriusXM CHEVROLET CORVETTE C7.R – FASTEST OVERALL IN FRIDAY PRACTICE: “All the work we’ve done between Road America and now definitely has helped. We brought a few things from our Road Atlanta test, and they seemed to work. I’m very happy with that. All the testing we have done has helped and improved things. The new surface here at VIR is very nice. We are already going faster here already than we ever have. It’s a nice improvement from last year, even though it is super-hot today. In normal conditions, I would think it would be mega! But for today, I’m very happy with the track and our Corvette. We have some data and other things to analyze, but so far so good."