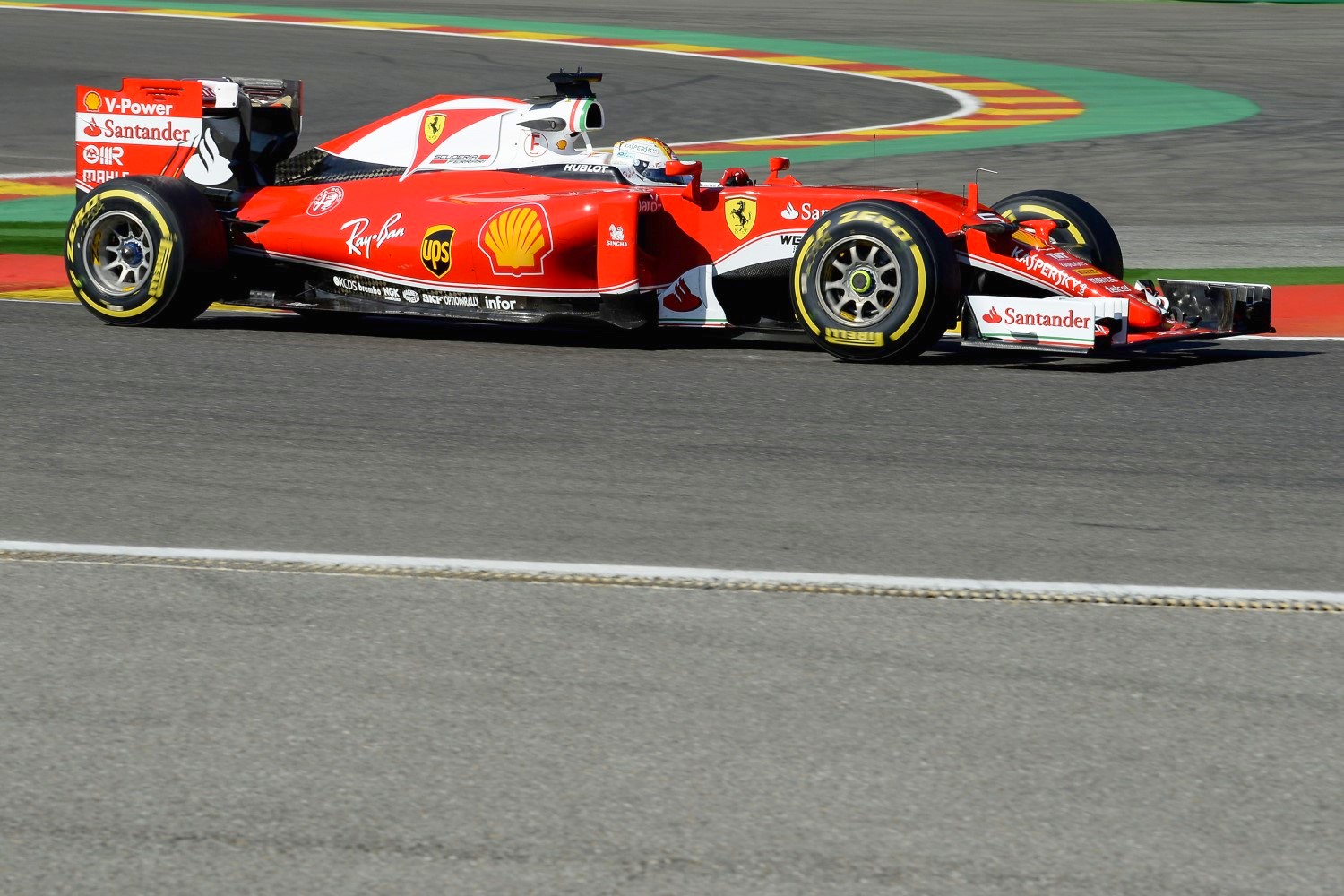 Sebastian Vettel says the warm weather at Spa is causing problems with the durability of Pirelli's tires, which could hamper hinder Ferrari in Sunday's race.

Unlike Mercedes, Ferrari opted to maximize the number of supersoft tires while taking just one set of the medium rubber.

However, like many of their rivals they struggled with the drop-off of the latter.

Vettel's teammate Kimi Raikkonen went out for his supersoft run on Friday afternoon with the track temperature hovering around 40'C.

The Finn aborted his first lap and after trying a second flying lap, which put him P6, informed the Scuderia that he was already struggling to stay on the circuit.

Vettel, meanwhile, covered 12 laps on his set of supersofts before reporting that they had completely gone away.

Speaking to the media after FP2, which he finished in fourth place, he explained: "It's quite warm for Spa and I think everyone was struggling to make the tires last.

"At least the cars I saw were struggling a lot, so we need to try and work on that.

"In terms of competitiveness I don't think everyone had clean runs so it's hard to judge."

He added: "I'm not entirely happy – struggling a bit with the balance. It didn't feel great but that's up to us to work on that and improve."

As for Raikkonen, the four-time Belgian Grand Prix winner was not entirely happy with how his day panned out.

"Everything was pretty okay in the afternoon but then I was running quite badly with the supersoft and running off the circuit," he said.

"The long runs were a big struggle for whatever reason. One of those days. I'm sure we will fix it tomorrow.

"It didn't start too badly, but in the end the feeling wasn't right."