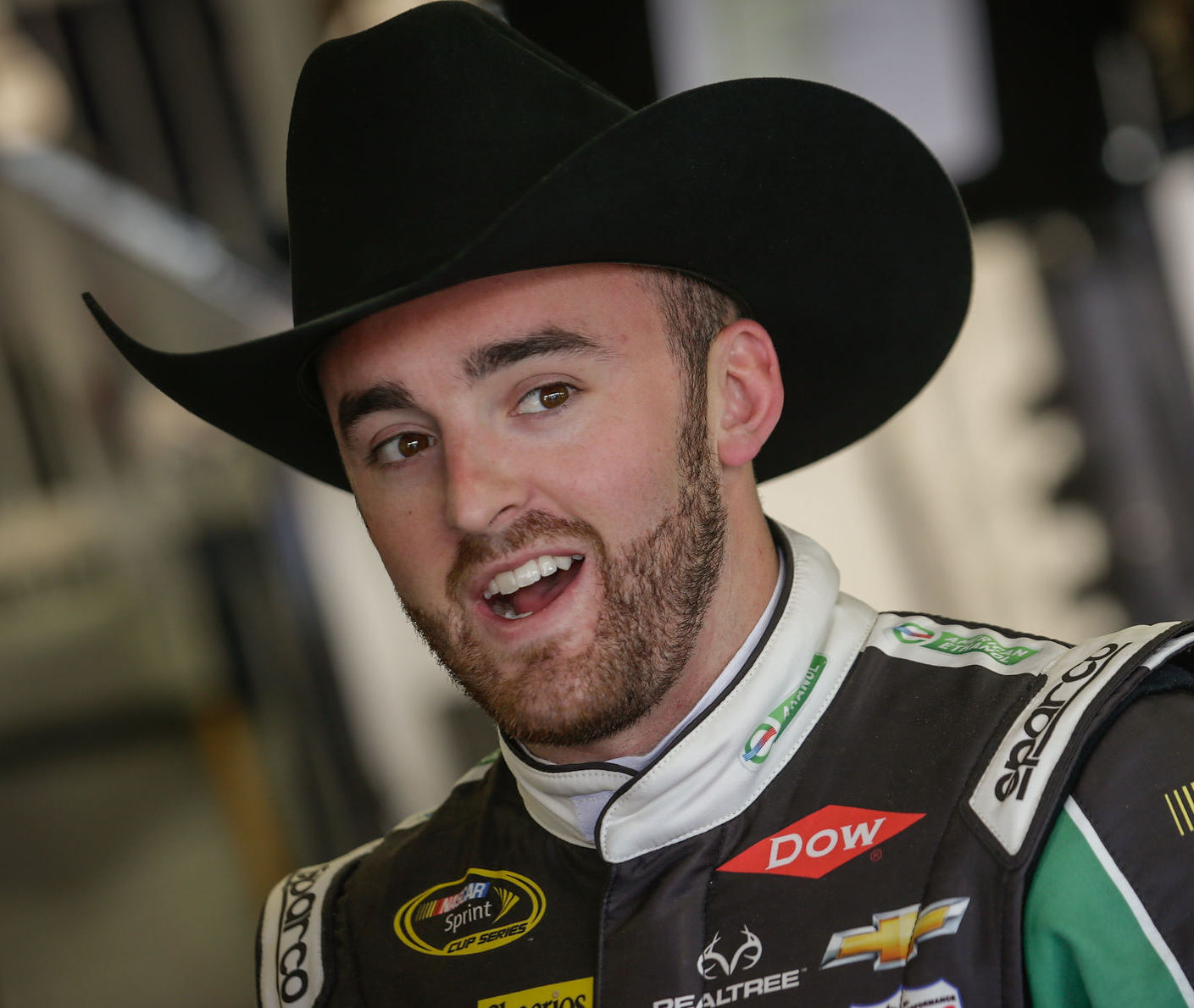 AUSTIN DILLON, NO. 3 CHEERIOS CHEVROLET SS, met with members of the media at Michigan International Speedway and discussed the first practice session, his position for making this year’s Chase and many other topics. Full Transcript:

ON HIS OUTLOOK FOR THIS WEEKEND AT MICHIGAN:
“I feel pretty good. One of my better tracks, but struggled a little bit there in practice to find some speed. I feel like things will change here come to qualifying time. We usually pick it up about qualifying. Cheerios Chevy is decent to drive. We just have to keep working on it."

IS IT UNUSUAL FOR YOU GUYS TO UNLOAD AND NOT HAVE THE SPEED YOU WERE EXPECTING?
“I think the track is a little different. I think they put tire rubber down in certain areas, so I think it is throwing us off a little bit, but I’m used to it. We will be able to fight and figure it out. We struggled for two years before this and had some really bad practices. We are only 16th it’s not that bad. We were just hoping for a little bit more coming after Pocono. We had a really strong couple of practices, races and stuff, so hopefully we can turn it around here in the next couple of hours and go qualify really well."

COULD YOU TELL MUCH OF A DIFFERENCE WITH THE TIRE RUBBER GROUND INTO THE TRACK?
“Not really. Nothing major, I felt like there was some lack of grip when we first went out there. For us, it felt similar to before."

HAVE YOU BEEN ABLE TO TELL THAT YOU ARE USING MORE BRAKE HERE?
“I think definitely with this package you have to use more brake. I kind of said it the first few couple of times that my brakes weren’t working because I wasn’t slowing down enough, just had to use more brake pressure. This package you carry a lot more into the corner and have to back-up your corner with the brake pedal. The bigger brake packages you see out there it will be a part of the race keeping your brakes good. At Michigan, you can roll the corner and lift early, so it’s not that big of a deal, but the shorter tracks it is a huge deal."

WHAT CHARACTERISTICS OR TRAITS DO GOOD SPOTTERS HAVE? WHERE WOULD YOU RANK YOURSELF ON THE WANT THE GUY TALKING A LOT OR A LITTLE?
“A spotter is key. I’ve had a couple, but for the most part of my career I’ve had Andy Houston. I think bigger than anything is just there is a trust factor there. A person that you get along well with and then someone that he is not B.S.’ing you he is telling you the truth when he talks to you. He is not just kissing your butt or telling you stuff that you don’t need to hear or he is bringing you down. You’ve got to keep confident. It’s a happy medium he has got to keep confidence in you. I think racers are the best spotters. I think guys that have driven before do really well. There are some guys out there that do really well also that haven’t driven anything, but for me it’s been a guy that has racing experience because when he sees me fighting something in the car he understands it when he looks at it. He really won’t freak out about it or create anything he kind of lets me figure it out on my own. Then truthfully, the clearing part of it is where anybody that has just got good reaction time and not afraid to put you in a hole is pretty important. You can get aggressive or have a guy that is a little less aggressive and it makes a big difference. There is a good happy medium and spotters really can make and break you staying calm or getting too excited. That is probably the best attribute I would say about my spotter, he does a really good job of balancing all the high profile getting excited in my crew. As far as that, he does a good job of just keeping it mellow and one tone on the radio whether we are struggling or doing really well."

DO YOU FEEL LIKE IF YOU GUYS CAN’T GET A WIN IN THE CHASE THAT YOU MAYBE HAVE THE CONSISTENCY THAT YOU CAN REPEAT WHAT RYAN NEWMAN DID A FEW YEARS AGO?
“Yeah, I mean I was able to win a championship without winning a race in the Xfinity Series. It’s definitely possible, but I would like to go to Victory Lane. A trophy would mean a lot to me and a lot to Dow and Cheerios. We are going to focus hard on Victory Lane the next three weeks and then 10 after that and let it come to us. We have seen some gains as of late and hopefully we can just continue down that path. We do point you to death over at RCR for sure it seems like."

WHAT DOES THE WIN IN THE XFINITY SERIES DO FOR YOU CONFIDENCE WISE?
“It just always keeps your confidence up as far as just keeping you in that good group of drivers. I feel like someone that can get it done and add a little bit everywhere. Doing it at a short track was big for me I feel like. Just trying to make my name that much better winning different place, diversify my driving ability."

HAVE YOU SEEN YOUR NUMBERS FOR THE POST POCONO WIND TUNNEL TEST? HOW DO YOU FEEL ABOUT WHERE YOUR STUFF STACKS UP?
“I think we’ve got a little bit of work to do, but we were probably one of the best cars there. To be able to compete with the guys that may have had better numbers I think is pretty good. We just always have to keep working and I thought we stacked up pretty close. We still have some work to do. I think we would have averaged out. It would have been close I think. Just keep working there in that department. There is definitely, the Gibbs guys have got, I feel like, a little bit of an advantage right now because they have just been working hard on it. We just have to keep working on it in our camp and see if we can catch them before the end of the year."