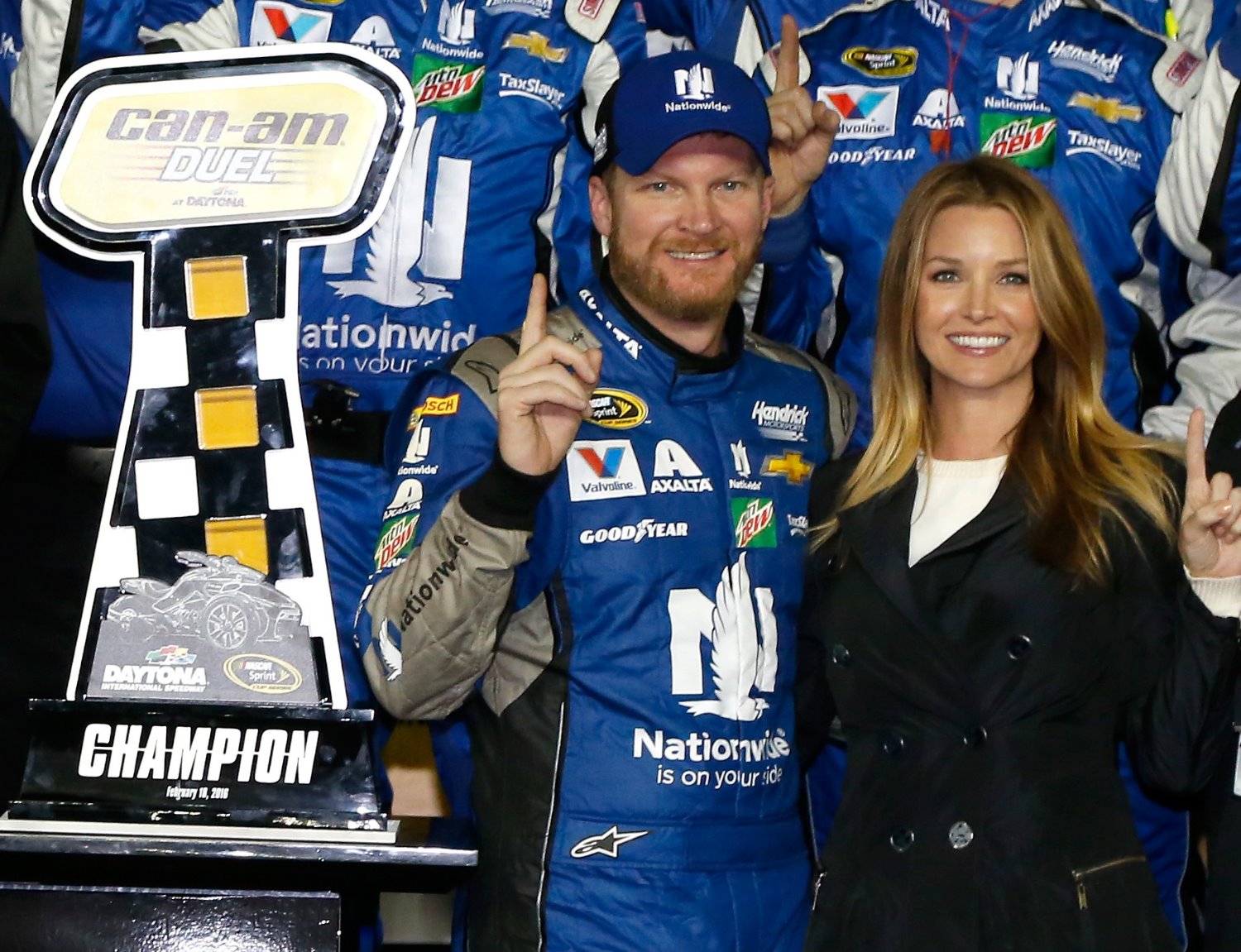 Dale Earnhardt Jr., driver of the #88 Chevy for Hendrick Motorsports, has not been cleared by physicians to compete in at least the next two NASCAR Sprint Cup Series events as he continues to recover from a concussion. Earnhardt, who will miss the races at Michigan (Aug. 28) and Darlington (Sept. 4), underwent further evaluation today at the University of Pittsburgh Medical Center Sports Medicine Concussion Program.

"We know how hard Dale is working to get back," said Rick Hendrick, owner of Hendrick Motorsports.

"He's following what the doctors are saying, to the letter, and doing exactly what he needs to do. Everyone wants to see him in a race car, but his health is first and foremost. We're behind him."

Alex Bowman, who drove the #88 Chevrolet in Earnhardt's absence July 17 at New Hampshire, will be the team's substitute driver this weekend at Michigan. He has four career Sprint Cup starts at the track.

Four-time NASCAR Cup Series champion Jeff Gordon will return to the #88 team at Darlington, where his seven wins lead all active drivers. Gordon has driven the last four races for Earnhardt — at Indy, Pocono, Watkins Glen and Bristol. Hendrick Motorsports