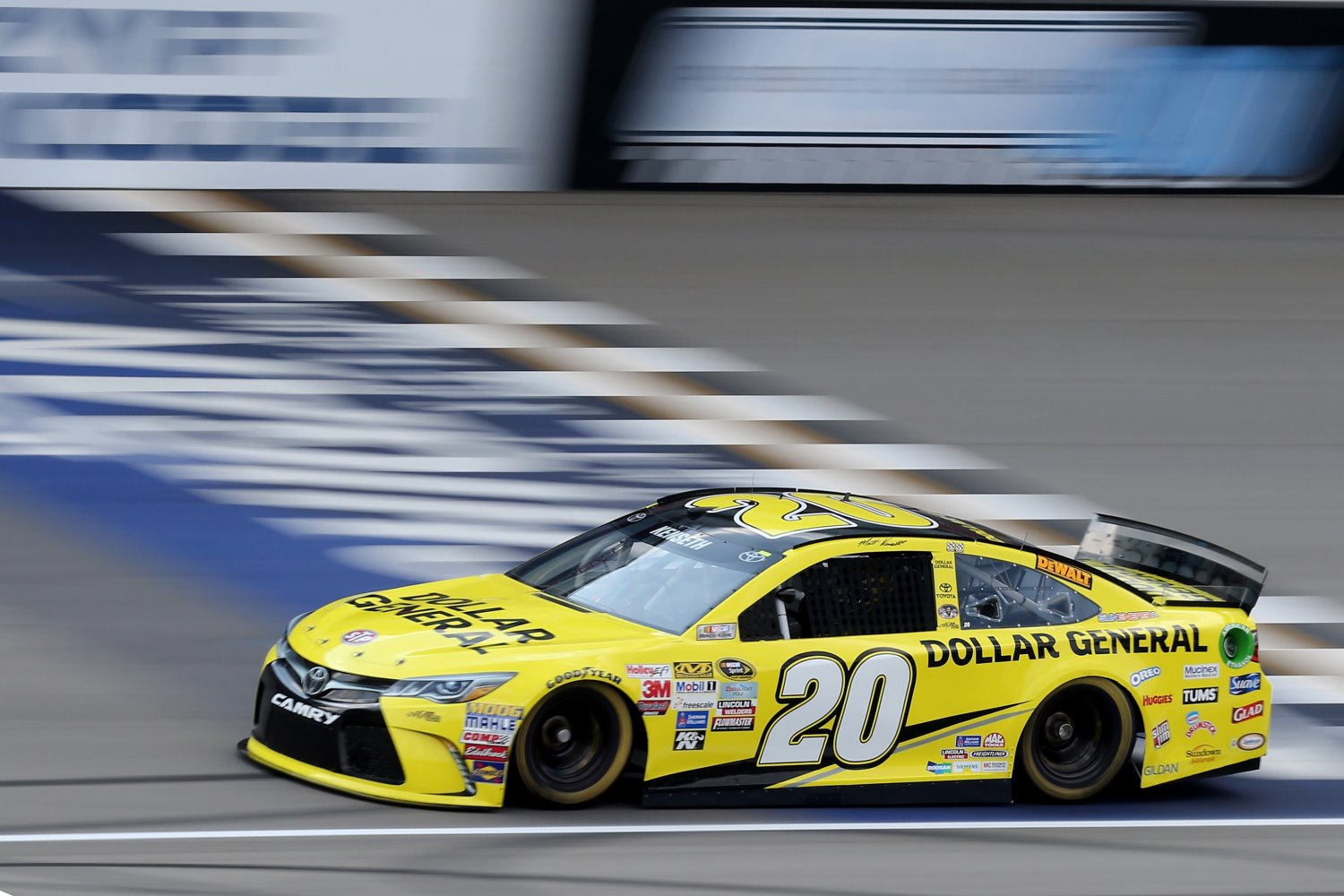 SEEKING ANOTHER HERITAGE TROPHY: Camry drivers head to Michigan International Speedway looking to earn the Michigan Heritage trophy for Toyota this weekend. The three-foot trophy was first awarded in 2013 and was created to celebrate the importance of manufacturers’ role in NASCAR and to add to the rivalry between the three. As part of the trophy program, Toyota, the other manufacturers and the speedway each donate $10,000 to a youth-related charity in Michigan each year. Camry driver Matt Kenseth earned the trophy for Toyota last August with his victory at Michigan after leading 146 laps (of 200) on the two-mile speedway. Toyota drivers have five NSCS wins at Michigan and earned four victories there prior to the trophy being awarded, including Brian Vickers (Aug. 2009), Denny Hamlin (June 2010 and 2011) and Kyle Busch (Aug. 2011) all behind the wheel of a Camry.

MAGIC MICHIGAN MOMENT: Soon after Toyota entered NASCAR competition in the NASCAR Camping World Truck Series (NCWTS) in 2004, the manufacturer captured its first victory only 13 races into the inaugural season when Travis Kvapil’s Tundra took the checkered flag at Michigan. Since then, Toyota drivers have captured six driver’s championships – Todd Bodine in 2006 and 2010, Johnny Benson in 2008, back-to-back series championships by Matt Crafton (2013 and 2014), and most recently Erik Jones last year. Tundra drivers have won 153 races and eight manufacturer’s championships (2006-2010, 2013-2015) in 13 seasons in the series.

NASCAR Sprint Cup Series (NSCS): Camry drivers Carl Edwards (fourth), Kyle Busch (sixth), Denny Hamlin (seventh), Martin Truex Jr. (eighth) and Matt Kenseth (10th) currently rank in the top-10 in the NASCAR Sprint Cup Series (NSCS) point standings … Toyota currently leads the NSCS manufacturer point standings by 30 marks over Chevrolet with 949 points … Kyle Busch will make his 300th career NSCS start behind the wheel of a Camry Sunday at Michigan … Adam Stevens, crew chief on the Joe Gibbs Racing (JGR) No. 18 Camry, is from nearby Portsmouth, Ohio … The Toyota Technical Center (TTC) is located in Ann Arbor, Michigan and for more than 35 years has been the driving force behind Toyota’s North American Engineering and Research and Development activities while overseeing the design and development of vehicles.

“Regardless of newer pavement or not, it’s wide-open racing, and I’m looking forward to it getting back to running from the bottom all the way to the top, it will eventually happen but the track needs some time to get wore out a bit. The biggest thing used to be to find grip there. But, with the new surface, there is a ton of grip now. Before, you had grip for maybe five laps and then you’d just be out to lunch. But now, the tire wear is all out the window and the race track is going to be very fast. And the wide race track is good. That’s what makes Michigan so exciting and so fun."

MATT KENSETH, No. 20 Dollar General Toyota Camry, Joe Gibbs Racing
What are you expecting with this package at Michigan International Speedway?

“Since they repaved Michigan, the groove has started to move back to the bottom and it’s starting to widen out a little bit. Michigan is a really fast track and it may even be the fastest track we go to. The most-unique thing about Michigan lately is that we have been going there with a different aero package every time we’ve been there. The lowest downforce package at the highest top-speed track we go to, so it’s always interesting. A year ago we all went with a high-drag and high-downforce package and obviously that’s totally different than what we have to work on with a lower downforce package this time around. Last time I feel in general everyone fought loose getting into the corner and tight getting off of the corner, but you really just need to get that corner balance tied together where you can still carry some speed into the corner, still race other cars, but you’re free enough to get off the corner and carry some speed on exit as well."

NASCAR XFINITY Series (NXS): Camry drivers Daniel Suarez (second) and Erik Jones (fourth) currently rank in the top-10 in the NASCAR XFINITY Series (NXS) point standings … Suarez is 51 points behind points leader Elliott Sadler after 22 races … Toyota currently leads the NXS manufacturer point standings by 16 marks over Chevrolet with 906 points … Erik Jones will make his first career start at Wisconsin’s Road America this weekend in the series final road course event of the year … Owen Kelly will once again pilot the Joe Gibbs Racing No. 18 Camry this weekend at Road America … Kelly has recorded two top-five finishes in two starts there in 2010 and 2013.

DANIEL SUAREZ, No. 20 ARRIS Toyota Camry, Joe Gibbs Racing
How much experience do you have racing on circuits?

“My racing roots come from racing go-karts on circuits and it’s always fun for me to compete on those types of tracks. [Five] years ago, I might have said that I prefer road courses more than ovals, but right now I love running both."

“I’m looking forward to this weekend at Road America and our last road course of the year. This has definitely been a learning year for me when it comes to the road courses and trying to figure out how to get around each one and the unique challenges of each track. All year we’ve had fast Camrys and I know this weekend at Road America will be no different. We’ll use the practice sessions to get up to speed and for me to figure out my way around the track. We’ve got a big group from Reser’s with us this weekend and I’d love to get them another trip to victory lane."

How have your improved your road course skills?

“I went to the Ron Fellows (Performance Driving) School and I went to the Bondurant (Racing) School with Chris Cook as well, so a couple of different mentalities between the two schools and just kind of merged together what I could pick up. I saw it as if, ‘Hey, if I can get a tenth each time I go to those schools, it’s worth it,’ and I feel like I did. It wasn’t something I went out and did and was like, ‘Oh, man, I don’t like this at all,’ so it’s just something that always was fun for me and I wanted to get good at."

CHRISTOPHER BELL, No. 4 JBL Toyota Tundra, Kyle Busch Motorsports
What do you know about racing at Michigan International Speedway heading into Saturday’s race?

“I know that it is a really big race track. From watching previous races it’s a place where aerodynamics really come into play and knowing how to manipulate the air to create momentum is going to be huge. Fortunately for me, I’ve learned a lot about the aerodynamics this year at the races we’ve had at the mile-and-a-half tracks and Pocono. Jerry (Baxter, crew chief) had a really fast truck with Kyle (Busch) last year and Erik (Jones) was also fast, so I'm confident that we’ll have a strong JBL Tundra again this weekend."