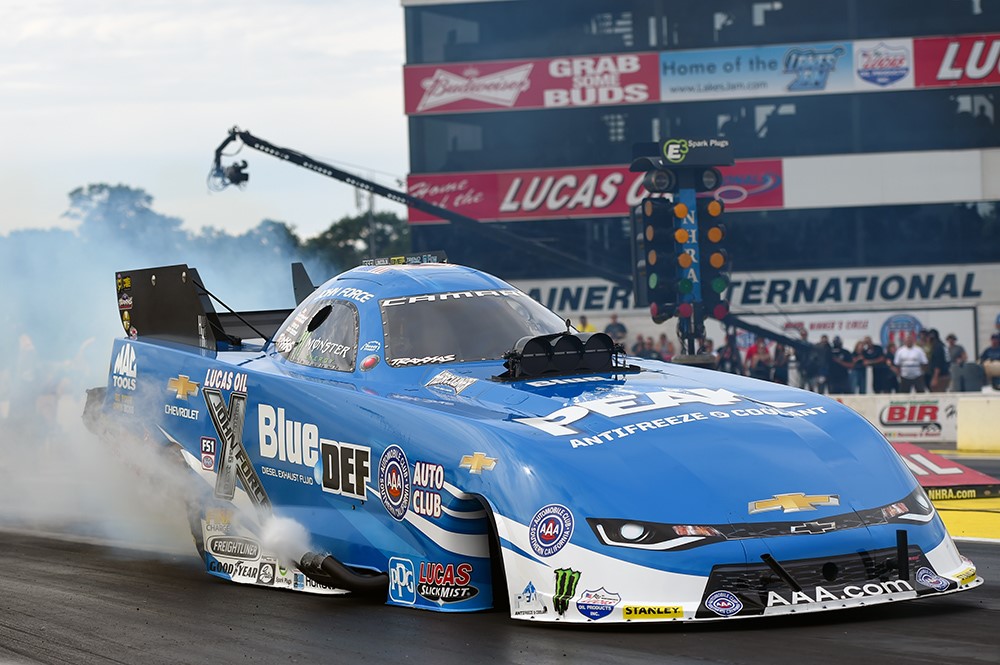 Top Fuel and Funny Car drivers will rely on fan votes and random lottery drawings to claim the final spot in the NHRA Traxxas Nitro Shootout in their respective categories. The final position in each category of the all-star event will be determined in the next 10 days and announced at the Fan Fest previewing the Chevrolet Performance U.S. Nationals on Wednesday, Aug. 31.

Four drivers in Top Fuel and six drivers in Funny Car are eligible for the fan vote and lottery positions in each class. You can vote for your favorite eligible driver in each category by clicking this link http://bit.ly/Traxxas2016 which will take you to the fan vote on NHRA’s Facebook page. Voting is open now and will remain open until 9 a.m. (ET) on Tuesday, Aug. 30.

The six Funny Car drivers who are eligible for the eighth position in the fan vote/lottery are Jack Beckman, John Force, John Hale, Chad Head, Cruz Pedregon and Del Worsham.

The fan-voting process will determine the number of lottery balls that each eligible driver will be assigned for the Traxxas Shootout lottery drawings. The drawing will be conducted during a press conference for the Chevrolet Performance U.S. Nationals on Wednesday, Aug. 31, at Monument Circle in downtown Indianapolis. The Traxxas Nitro Shootout will be contested during the Chevrolet Performance U.S. Nationals, Aug. 31-Sept. 5, at Lucas Oil Raceway in Indianapolis.

The winners of the fan vote and lottery-style drawing will open the Traxxas Nitro Shootout by racing the top ranked driver of their category in the special event’s first round.

Below are the drivers who have qualified for the Traxxas Nitro Shootout and the first-round pairings for the lucrative bonus races that will award the winning drivers $100,000 each.

The Traxxas Nitro Shootout will be featured in the FOX and FOX Sports 1 broadcast of the Chevrolet Performance U.S. Nationals.

Tickets are available for the Chevrolet Performance U.S. Nationals by calling (800) 884-NHRA (6472), or online at www.NHRA.com/tickets.