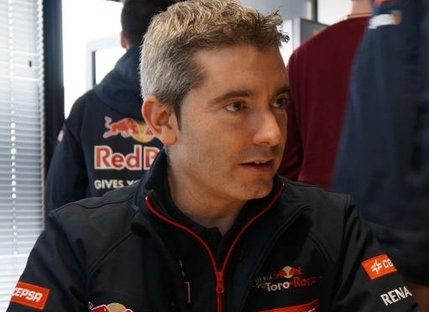 Ex-Scuderia Toro Rosso man Xevi Pujolar has a new job, as head of track engineering for the Sauber F1 Team.

Pujolar had been Max Verstappen’s race engineer. Verstappen, of course, was promoted from STR into Red Bull Racing in May and in no small coincidence, Pujolar announced he’d be leaving Toro Rosso a day later.

Here was what Sauber had to say about Pujolar’s appointment:

"The Sauber F1 Team is pleased to confirm the appointment of Xevi Pujolar as new Head of Track Engineering. The 43-year old Catalan started at the Sauber F1 Team headquarters in Hinwil after the summer break and will work in this capacity from the Singapore Grand Prix onwards. Pujolar has worked for several Formula 1 teams; previously he worked as Senior Race Engineer at Scuderia Toro Rosso. Paul Russell, who is in the role of Chief Race Engineer on an interim basis, will be back in his previous position as Head of Performance Integration."

Sauber has endured another tough season, currently the only team on the grid to have not scored a single point. But Pujolar is a solid get for the Swiss team, and should help spur them forward starting with this weekend’s Belgian Grand Prix. Tony DiZinno/NBDC Sports