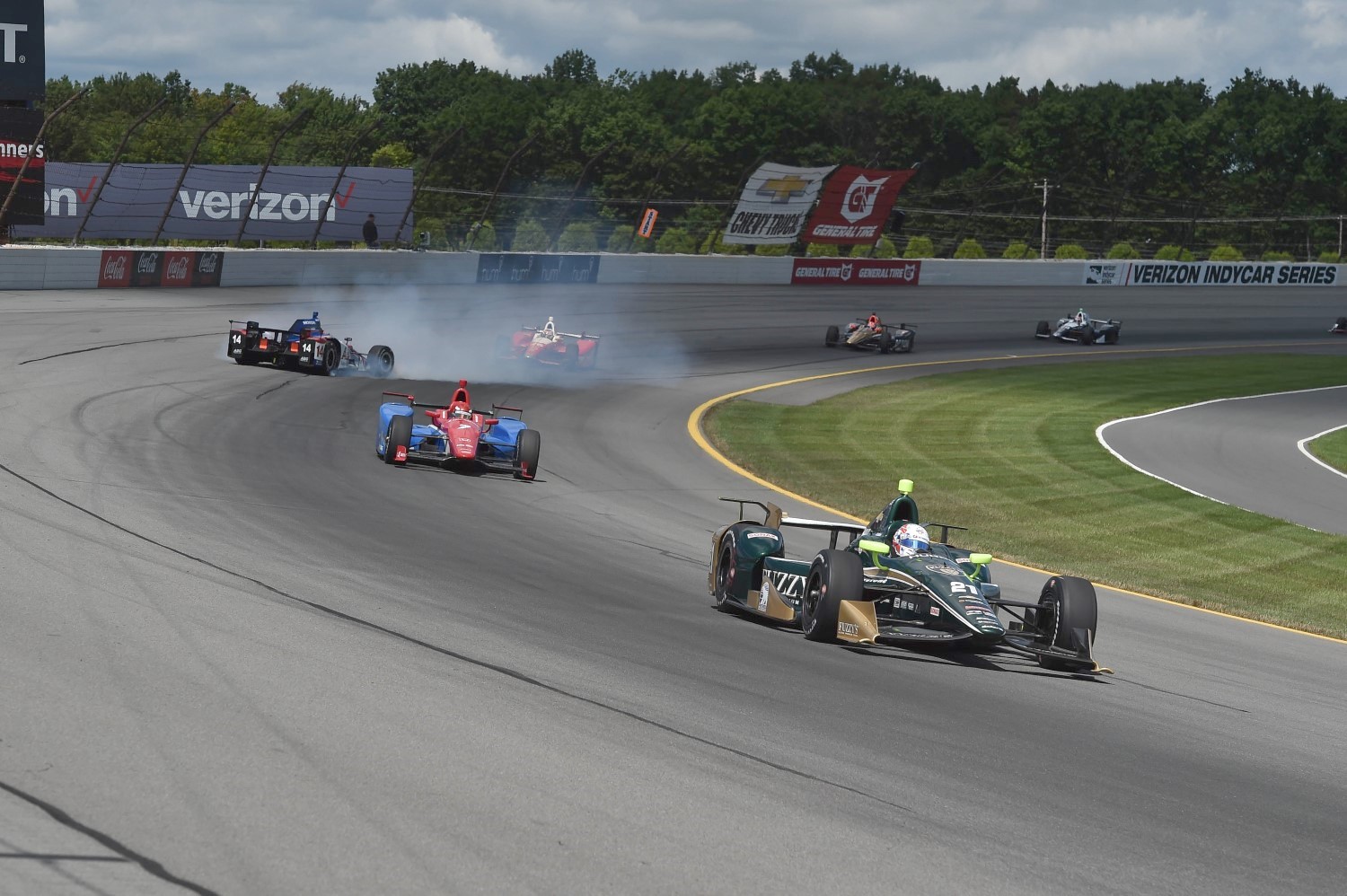 Gratitude. That was the feeling of the ABC Supply Racing team when Takuma Sato walked away from a horrific accident after spinning and hitting the SAFER barrier hard in Turn 3 on lap 2 of the ABC Supply 500 at Pocono Raceway.

Sato had started third in the No. 14 ABC Supply Honda and was running in that position when the car unexpectedly swapped ends on him causing him to hit the wall exiting Turn 3.

"It was pretty hard (hit) but thanks to the safety of IndyCar and Pocono Raceway I was able to walk away," Sato said after exiting the infield care center at the track. “I may have some bruises but I’m perfectly fine. I’m not sure (what happened). Obviously the conditions we have (for the race) are different from what we had for the last practice. We thought we needed more downforce on the ABC Supply car and we discussed the wind. The conditions were a little tricky, but I’m not sure what happened exactly. I went into Turn 3 and it just went free so quickly and I simply lost the back end."

The team is examining the data to see what went so wrong after such a strong qualifying effort.

Jack Hawksworth, who started 12th in the No. 41 ABC Supply Honda, had a couple of issues on pit stops but he soldiered on to finish 14th which is his best finish on a superspeedway to date.

“It was a difficult race, we weren’t that competitive," Hawksworth said afterwards. “We struggled on the straight, it seemed when I pulled out [to pass], it felt like I hit a brick wall. Not a great race for us."