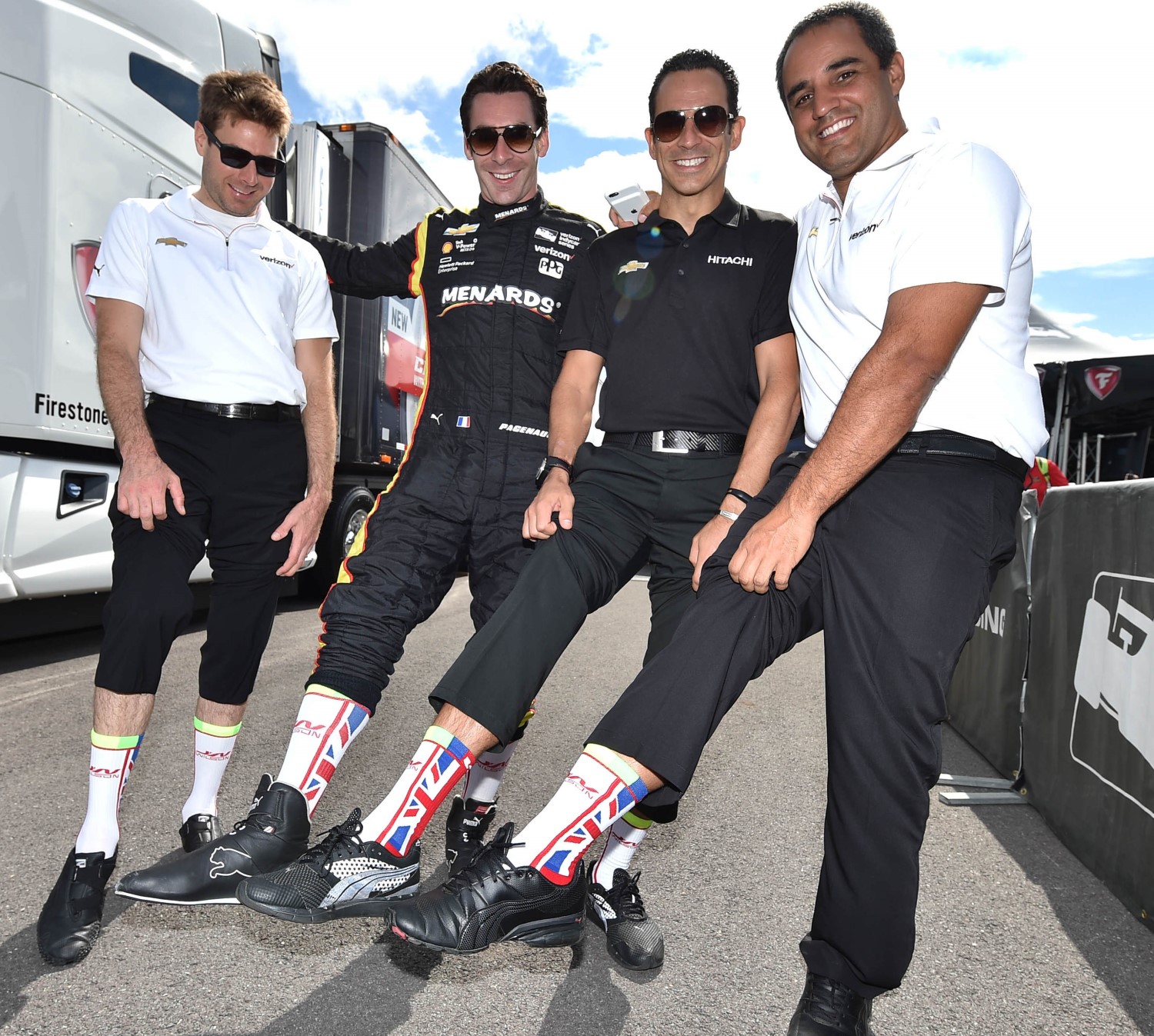 UPDATE The link below to buy the socks has been corrected.

Justin Wilson may be gone but he is certainly not forgotten in the Verizon IndyCar Series.

The affable Englishman, who died from injuries sustained in the 2015 ABC Supply 500, is being remembered throughout the Pocono Raceway paddock this weekend. At the behest of INDYCAR television partner NBCSN – and, in particular, producer Terry Lingner – officials, team members and fans donned pairs of Justin Wilson tribute socks today.

In addition, at the suggestion of Andretti Autosport, the last team for which Wilson drove, on every timing stand antenna in pit lane this weekend, the British "Union Jack" flag flies at half-mast to honor the fallen driver.

The socks are from USWAG, a company Wilson and partner Michael Waddell started in early 2015. The company, an officially licensed INDYCAR supplier, also makes socks in the colors of other Verizon IndyCar Series drivers as well as English Premier League soccer, colleges and high schools.

Proceeds from the sale of the Wilson tribute socks benefit the Dyslexia Institute of Indiana, a charity dear to Wilson, who suffered from dyslexia. To purchase a pair, visit here.

The INDYCAR community is also paying tribute this weekend to Bryan Clauson, the short-track racing star and three-time Indianapolis 500 starter who died Aug. 7 from injuries sustained the night before at the Belleville Midget Nationals in Kansas.

Dale Coyne Racing driver Conor Daly has changed his car number to 88 for the weekend, the same number teammate Clauson drove at Indy in May, with the car entered as the BC Forever Honda. Other teams are also running Clauson memorial decals this weekend.