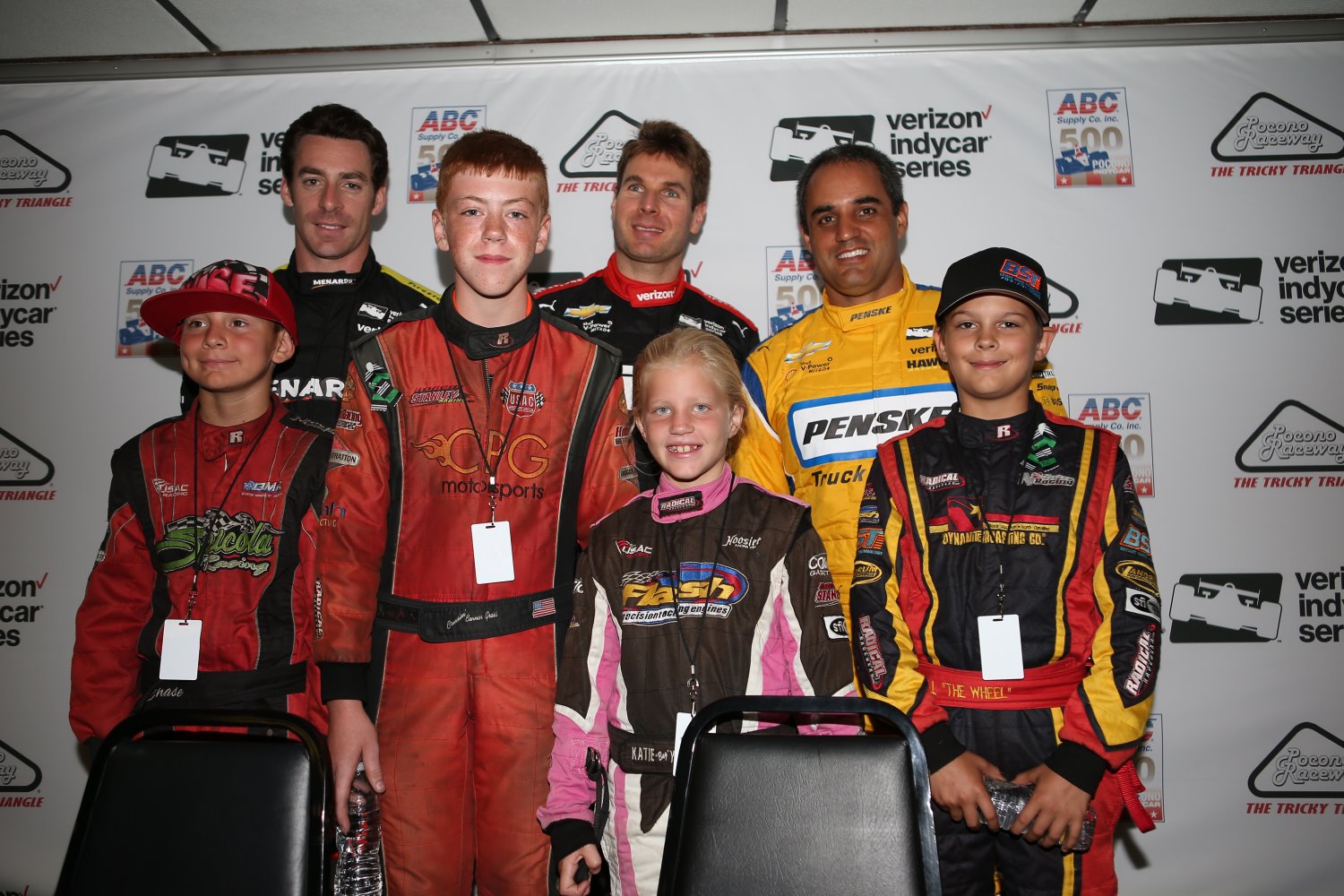 The U.S. Auto Club is hosting a weekend of national .25 midget races at Pocono Raceway in conjunction with the ABC Supply 500. The .25 midgets, also known as quarter midgets, feature racers as young as 5 to teenagers competing on short, temporary ovals in various skill and age levels. Current Verizon IndyCar Series owner/driver Ed Carpenter is a product of quarter midgets.

Four of the young competitors took part in a news conference today to talk about their racing experiences. It followed immediately after a media availability involving three of Team Penske's four Verizon IndyCar Series drivers, which was a dream come true for one of the youths.

When asked who his favorite driver is, 10-year-old Chase Spicola said, "I like Will Power because he's a really good driver." Spicola and the other youngsters were able to meet and have their photo taken with Power and Penske drivers Simon Pagenaud and Juan Pablo Montoya.