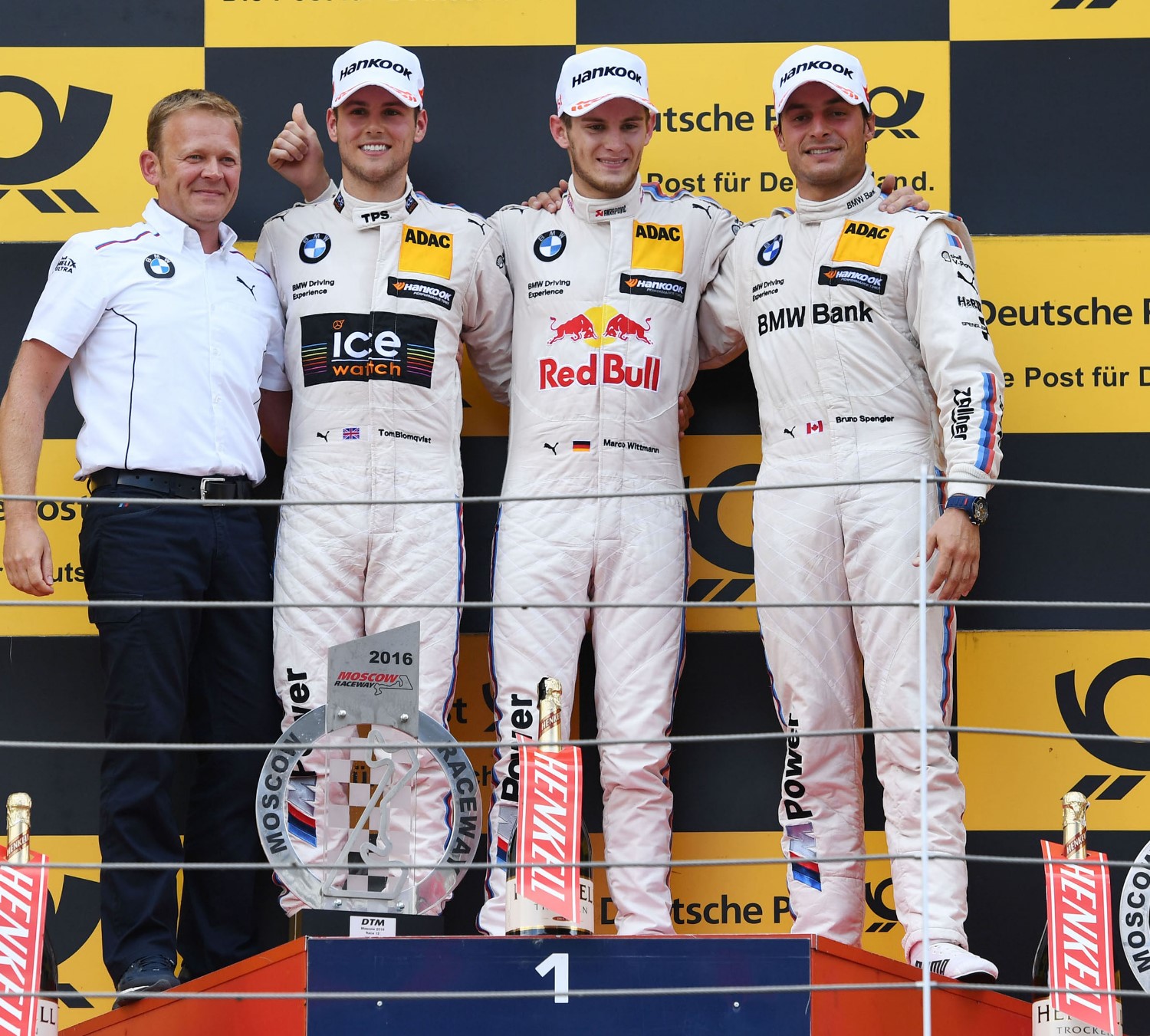 After his seventh DTM career pole position, he added his seventh race win: with a dominant performance, Marco Wittmann claimed victory in the second race at Moscow Raceway on Sunday. In his 50th DTM race, the 2014 DTM champion won from his fellow BMW driver Tom Blomqvist and thus also claimed back the lead in the drivers standings. "Today, we did everything right and I am super happy," a buoyant race winner Wittmann said at the finish.

"Today, everything simply went perfectly. We always kept an eye on the weather, because we were quick here in the dry throughout the weekend."

Third place after 40 laps of the 3.931 kilometers long track in an action-packed race went to Bruno Spengler, yet another BMW driver. Augusto Farfus rounded out the quadruple victory for the Munich-based brand.

While Wittmann and Blomqvist built up an advantage of almost 20 seconds from their rivals at the front of the field, there were battles for every inch of asphalt in the fight for the following positions, especially in the closing stages of the race. Mercedes-AMG driver Robert Wickens defended his fifth position against Edoardo Mortara and had a margin of only 0.067 seconds at the finish line. In the final part of the race, Wickens reported problems with the power steering on the team radio and there was also a delay during his pit stop that cost the Canadian time.

From 17th place on the grid, Mortara worked his way up through the ranks to finish sixth and thus kept his chances in the battle for the title alive. On the other hand, Jamie Green and Paul Di Resta failed to score points on Sunday. While Green incurred no less than two drive-through penalties – the first one for a collision with Antonio Felix da Costa and the next one for a pit lane speed infringement, Di Resta caused a collision with Timo Glock in the closing stages of the race and was penalized as well.

After twelve of this season's 18 races, Wittmann is in the lead of the DTM drivers' standings with 130 points from Robert Wickens (118 points). Jamie Green is third with 104 points, followed by Edoardo Mortara (100 points) and Paul Di Resta (92 points).

Only 25,000 spectators came to watch the DTM races at Moscow Raceway over 2 days, a financial bloodbath for the promoter. In three weeks' time, action continues with races 13 and 14 of the current season at the Nurburgring, September 9 till 11.