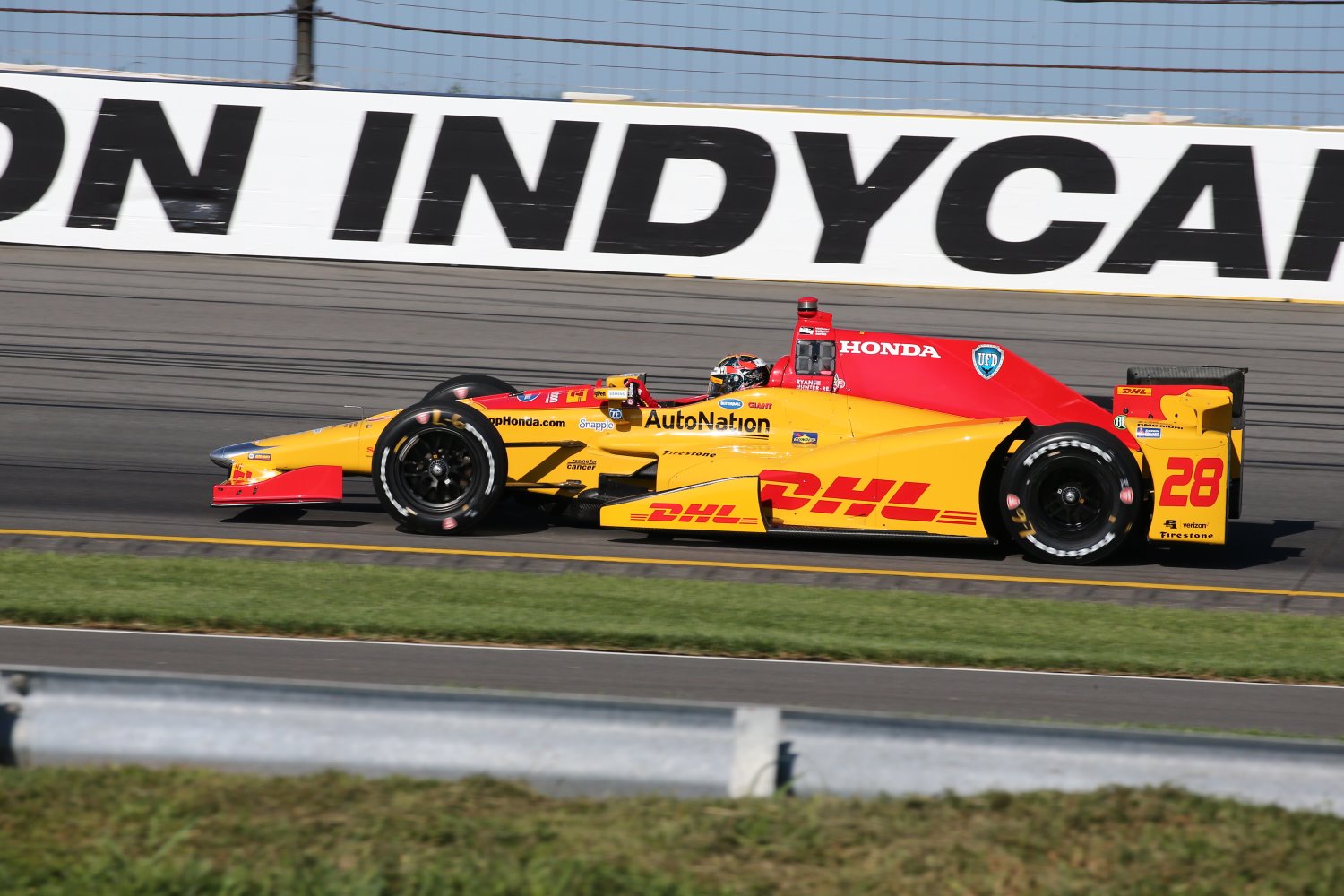 We'll do a quick update from Pocono Raceway bullet-point style.

â€¢ I was over at the Andretti Autosport garage area moments ago. Feverish work on preparing the backup No. 28 DHL Honda for this afternoon's qualifying session remains. I asked team boss Ray Gosselin if the car would be ready for qualifying. A non-committal Gosselin said "we're tying."

â€¢ AutoRacing1 is hearing that the 2017 Verizon IndyCar Series schedule could be announced as early as this week. There will be no international race(s) to open the season, although there is interest from a number of venues in hosting an IndyCar round in future seasons. Furthermore, the long-term plan for the series remains to have one or two international rounds between the Super Bowl and the opener in St. Petersburg.

â€¢ We also hear that much of the 2018 schedule has been completed. Apparently, the series is waiting on confirmation of a few race dates and television slots, something it has placed more of a premium on in recent seasons.

â€¢ In driver news, we hear RC Enerson will be in the No. 19 Dale Coyne Racing Honda at both Sonoma and Watkins Glen. Gabby Chaves, of course, will be in the car next week for the restart race at Texas Motor Speedway.

â€¢ As for young Enerson, he impressed the DCR crew in his debut three weeks ago at Mid-Ohio. One longtime team member told me, "that's the most impressive debut I've seen (with Dale Coyne Racing) since Paul Tracy."

â€¢ I ran into Chip Ganassi Racing managing director Mike Hull a few minutes ago. Although its somewhat old news at this point, I hadn’t yet had the chance to ask Hull to reflect on the team’s relationship with Target over the past 27 years. Target, of course, is discontinuing its sponsorship of the No. 9 Chevrolet following this season. Hull noted that the relationship extended beyond the racetrack in ways many don't know. For example, Target helped the team build its Indianapolis. Also, CGR employees have attended Target management seminars in Minneapolis over the years. The relationship worked both ways, as many Target employees were given behind-the scenes access to study the winning ways of Chip Ganassi Racing.

â€¢ Last, don’t sleep on Schmidt Peterson Motorsports this weekend. Of course, Mikhail Aleshin and James Hinchcliffe ran 1-2 in recently-concluded opening practice. Aleshin was very strong at the most recent oval race in Iowa while Hinchcliffe was the pole sitter for the Indianapolis 500. This team has speed, and with Honda possibly having a slight edge, Aleshin and Hinchcliffe should be contenders for the race win.