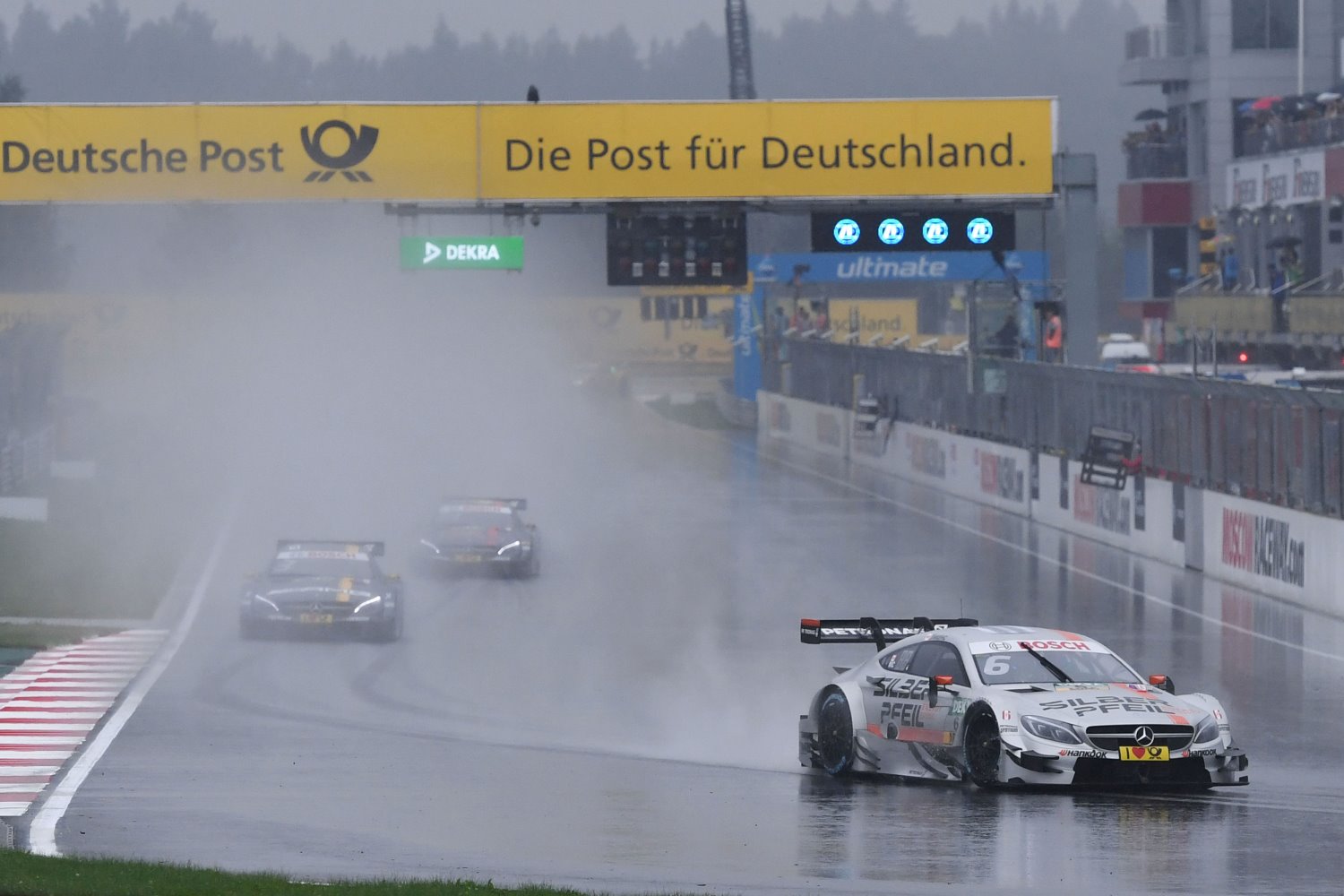 With a dominant performance, Canadian Robert Wickens won the DTM race at Moscow Raceway in Russia on Saturday and thus also took the lead in the drivers’ standings. After 22 laps, he drove his Mercedes-AMG C63 DTM across the finish line with a margin of over ten seconds from second-placed Paul Di Resta. For Wickens, it is the fifth DTM race win of his career and the second this season. "Conditions were really difficult," race winner Wickens commented at the finish. "Once I had taken the lead from Gary, the better visibility certainly was the key to success."

Gary Paffett, who had started the race from pole position, rounded out the podium after finishing in third place. Classified fourth, Maximilian GÃ¶tz not only scored his best DTM race result to date, but also rounded out the dominant success for Mercedes-AMG in Moscow. Due to heavy rain, the eleventh DTM race of the season gut underway behind the safety car. Regular racing conditions were in place from the end of lap three.

Mattias Ekstrom was classified as the best-placed Audi driver, finishing fifth from the best BMW driver, Maxime Martin. Jamie Green finished seventh and dropped back from second to third in the drivers’ standings, but reduced his gap in the points the championship leader. Marco Wittmann, who had been leading the drivers’ standings until Saturday, failed to score points today. The BMW driver only finished in 19th position.

The battle for the DTM title remains a thrilling affair: after eleven of this season’s 18 races, Wickens is leading with 108 points from Marco Wittmann (105 points) and Jamie Green (104 points). Edoardo Mortara and Paul Di Resta are next up, both tied at 92 points. In the manufacturers’ standings, the gaps are small, too. Mercedes-Benz is on top with 375 points from Audi (370 points) and BMW (366 points).

The second race at Moscow Raceway will get underway on Sunday, 21 August, 2016, at 12.10 hrs CET. ARD will be broadcasting live from Moscow Raceway. Prior to that, the starting grid positions for the race on Sunday will be determined in qualifying from 9.50 hrs CET (live on EinsFestival).