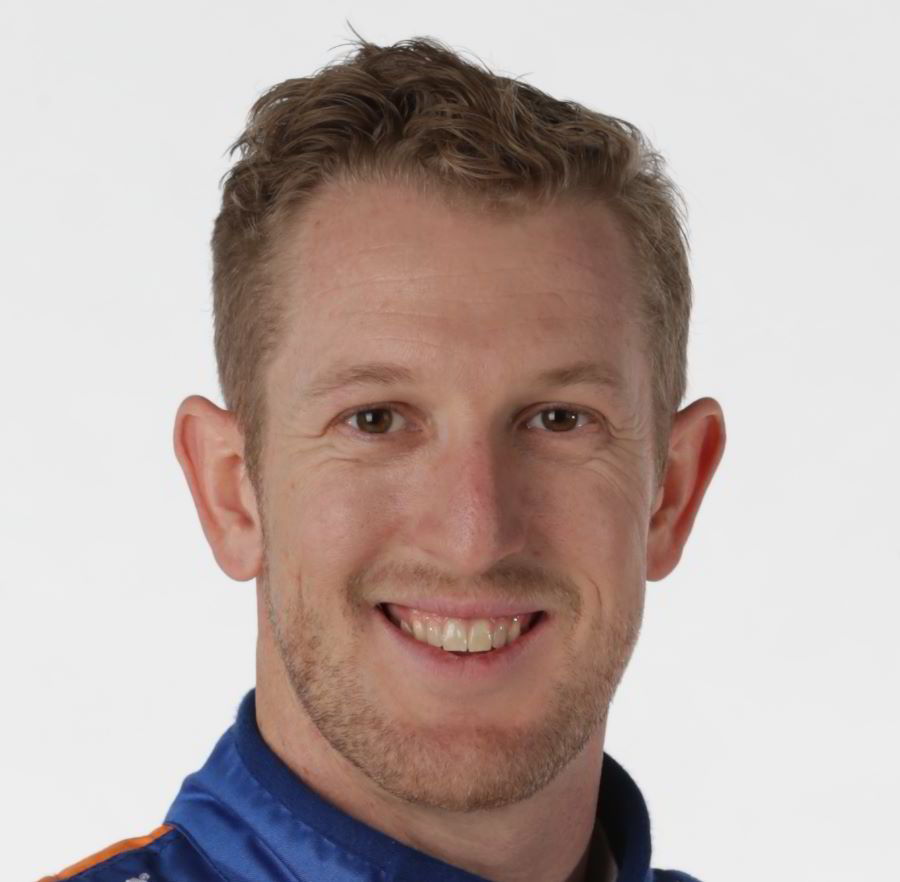 UPDATE WHAT HAPPENED: "I turned in (Turn One) and the rear came out on cold tires. We made an adjustment to the car. The car rotated a couple of times and I caught it. Maybe three times, but then I didn’t catch it any more. But when I hit, my knee hit the back of the steering wheel and popped it off. It was an incident of the incident rather than anything else"

ON TRACK CHANGES SINCE TESTING: "We were definitely pleased (with testing). We made some changes today based on some information we learned at the test. I don’t know if we got caught out, we will go back and figure it out. The guys will get the car ready if it’s a backup or this one. I’m not sure. We’ll be ready for tomorrow. We did it last year and ran reasonably well in the race. We will keep our eye on what our teammates are doing; learn from them and go forward from here."

ON CAR SETUP: "That was race downforce. I have to look at what changed and figure out to avoid that in the future. But, we were on race downforce. We were trying to mileage out a motor so we could change it after qualifying before 500 miles tomorrow."

ON HIS LIMP: "Just my knee. I banged my knee when I went in backwards. My knee came up and I think hit the steering wheel and that is what caused it to pop off. I have a little bruise on my knee, but nothing will keep me out of the car."

WHAT HAPPENED: "I turned into one and bottomed a little bit. Then the rear started to slide. I caught it a couple of times and couldn’t catch it anymore. Went around and impacted pretty heavy. It is interesting because you think it is not going to be a bit hit, but everything around here is a big hit as fast as you are going around this place. It’s too bad. I feel bad for the Novo Nordisk Chip Ganassi Racing guys. They gave me a really good car. I think we’re pretty good in race trim. We were trying to mileage out our Chevy engine before tonight’s practice so we would be good to go for tonight’s practice and tomorrow’s 500 miles. I have a lot of faith in the guys that they will give me a car that I can race tomorrow. Physically I will be okay.

"Any hit around here is a big hit so I’m not sure we will make it for qualifying. Hopefully we will get to shake it down tonight and be good for tomorrow."

ON HAVING FAMILIAR HOLMATRO SAFETY CREW AT CAR IMMEDIATELY: "You never what to talk about them, or talk to them except standing around the paddock. It is incredible the Holmatro guys. So many of them are volunteers with other jobs. They take red eyes (flights) to get back to their 9 to 5 jobs be it first responders – so many of them are – on Mondays is pretty incredible. They do a great job. It is nice to see those familiar faces especially just having gone through a big incident. A small incident , any incident, it’s really, really helpful."

08/20/16 Ganassi driver Charlie Kimball lost control of his #83 Chevy in Turn 1 while practicing for the ABC Supply Pocono 500. Kimball did a 180-degree turn and pancaked the left side of the car against the outside wall sliding all the way down to Turn 2 before coming to a rest.

The car does not appear repairable for qualifying but Kimball is fine. The session has been extended due to the long cautions from this accident and Hunter-Reay's.