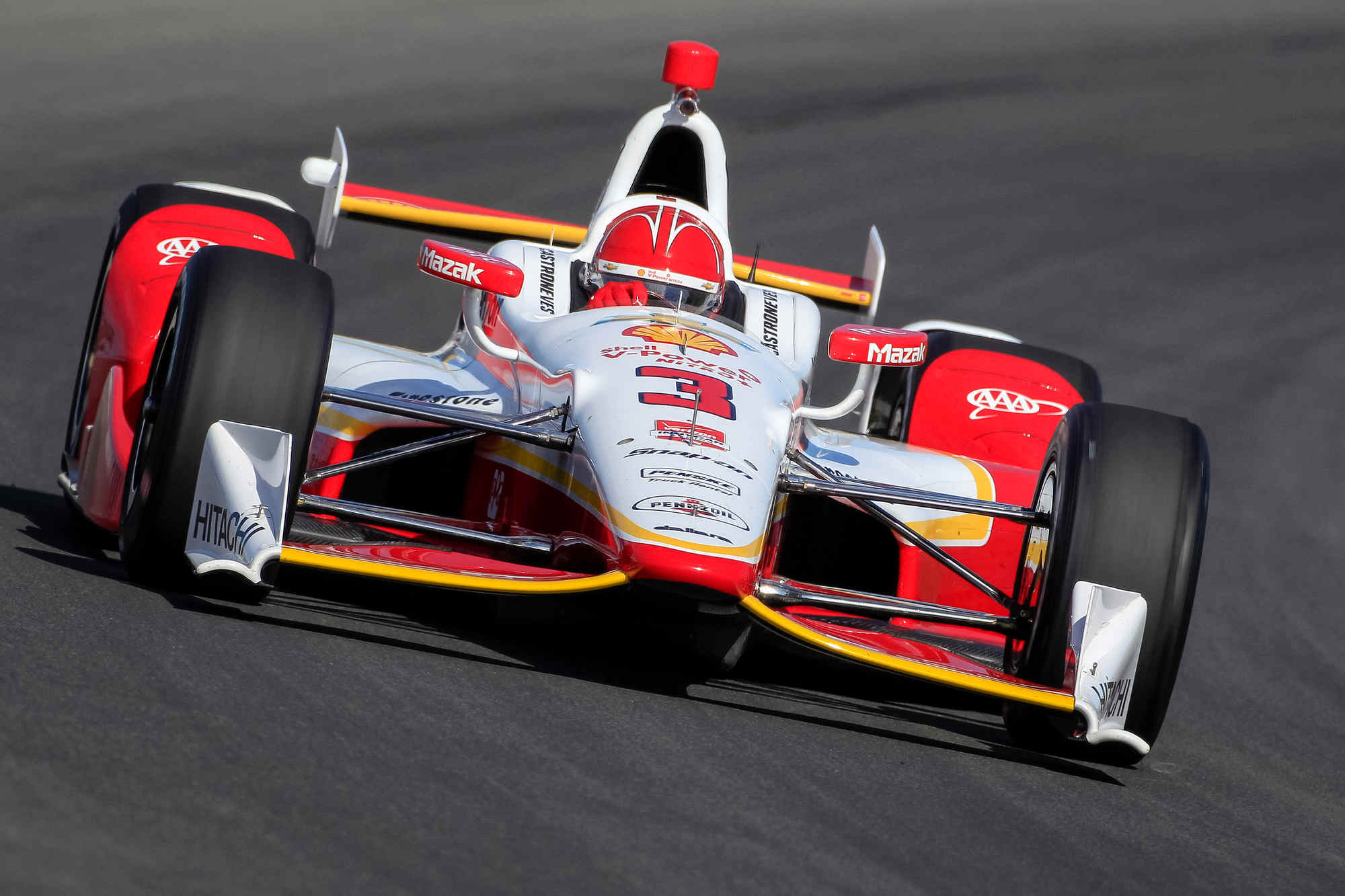 AutoRacing1.com is on-site at Pocono International Raceway where the IndyCar Community has gathered for the ABC Supply Pocono 500. The weather today is perfect and speeds should be fast.

Step aside NASCAR, speed is about to take on a whole new meaning when the Verizon IndyCar Series returns this weekend to Pocono Raceway for the ABC Supply 500. This will mark the fourth straight year that the country's top open wheel stars will be back at the track that was originally designed for IndyCar back in 1971.

In 2013 Marco Andretti of Nazareth set a then track record of 221.273 mph, shattering the old mark by more than 11 mph. The following year Juan Pablo Montoya raised the bar to an eye-popping 223.871 mph run. That is over 40 mph better than the current NASCAR track record of 183.438 which is held by Dale Earnhardt Jr. We look for that record to possibly be broken today.

Montoya then went on to win the 2014 event and set a record for a 500 mile race with an average speed of 202.402 mph – mighty fast for a relatively flat oval like Pocono.

"I think Indy Cars were made for this place and I love driving here. It's a tremendous challenge trying to get the balance between turn one and turn three right. It's a big wide-open place and you always have a shot when you look at the speeds we're able to carry," said Andretti.

"I just think that when you look at the top to bottom drivers and teams we have these cars wrung out and I think it's the quality of drivers that goes so deep now a days. That's what's cool about IndyCar."

"It was extremely busy and a great show – typical IndyCar with position changes throughout the pack and especially the lead. It was intense racing and this place puts on a great show for that reason. It's difficult to get your car figured out for turns one and three but last year in the race we had a great balance and I had a blast driving the car, it was a lot of fun," said Hunter-Reay.

"It was different in some ways," explained Hunter-Reay. "I thought the year before we had a pretty good race. The biggest thing is the characteristics of the two (aero) kits. They're built very different between Chevy and Honda and they act differently in turbulent air. If you run a little more downforce it can be draggier and slow you down. But last year is was just very intense and some of that is due to the new kit."

"I believe so and aside from a few safety items that we have to go over with the testing, fundamentally I don't think it's going to change much the definition of racing what we did here last year. We should produce a very exciting race," said Takuma Sato, a former Formula 1 driver who now runs for AJ Foyt Racing, who hopes to become the first Japanese driver to win a 500 mile race.

"It means a lot because no one (Japanese) has done it before. It is my personal ambition and would mean so much to achieve a 500 mile win and bring that back to Japan. This place is challenging and I like it. It's fun from the cockpit because of the uniqueness of the corners that are all very different characteristics. The racing here has been very exciting."

"I think it's just a bunch of factors. We have a really good car in the superspeedway configuration. The Honda package is very strong, the engine is very strong and the body kits are good. Definitely just the overall caliber of drivers in the Series and the teams in the Series is a tribute to that. We see great races like that almost every week," said Hinchcliffe, who had to sit out last year's race here due to an injury.

"The big difference I feel was that new tire. I think Firestone deserves a lot of credit for stepping up to the plate and bring something that let us be a lot racier. It was fun to watch. I hated not being in it but it was a lot of fun to watch," he continued.

"We love being here and we love having as many different types of tracks as possible. That's what makes Verizon IndyCar Series so unique. There's no series on earth that has the variety in race tracks that we have so adding something like the Tricky Triangle is always something that we're going to be in favor of. It's got a ton of history and is the only other 500 mile race we have on the schedule so for us it's another fun afternoon."

"I think it's been a perfect fit, absolutely. We're kind of searching for the right date to make it work and to make it work for the fans to come out and enjoy the show we put on because when it comes to an on-track product and the show that we put on, in my opinion and a lot of other people's opinions it's the best racing in the world," said Hunter-Reay.

"This series is about being a complete driver to win the championship. You can't have any weaknesses. You have to be strong on superspeedways, on short ovals, street circuits and road courses. To have a 500-miler near the end like this something that I hope stays around.

"Hopefully we have the same form we had at Indy. We were on the front row and we were the fastest car in the race for the first half until we got taken out. We won this race last year and hopefully we can keep that momentum going." Mark C. reporting from Pocono