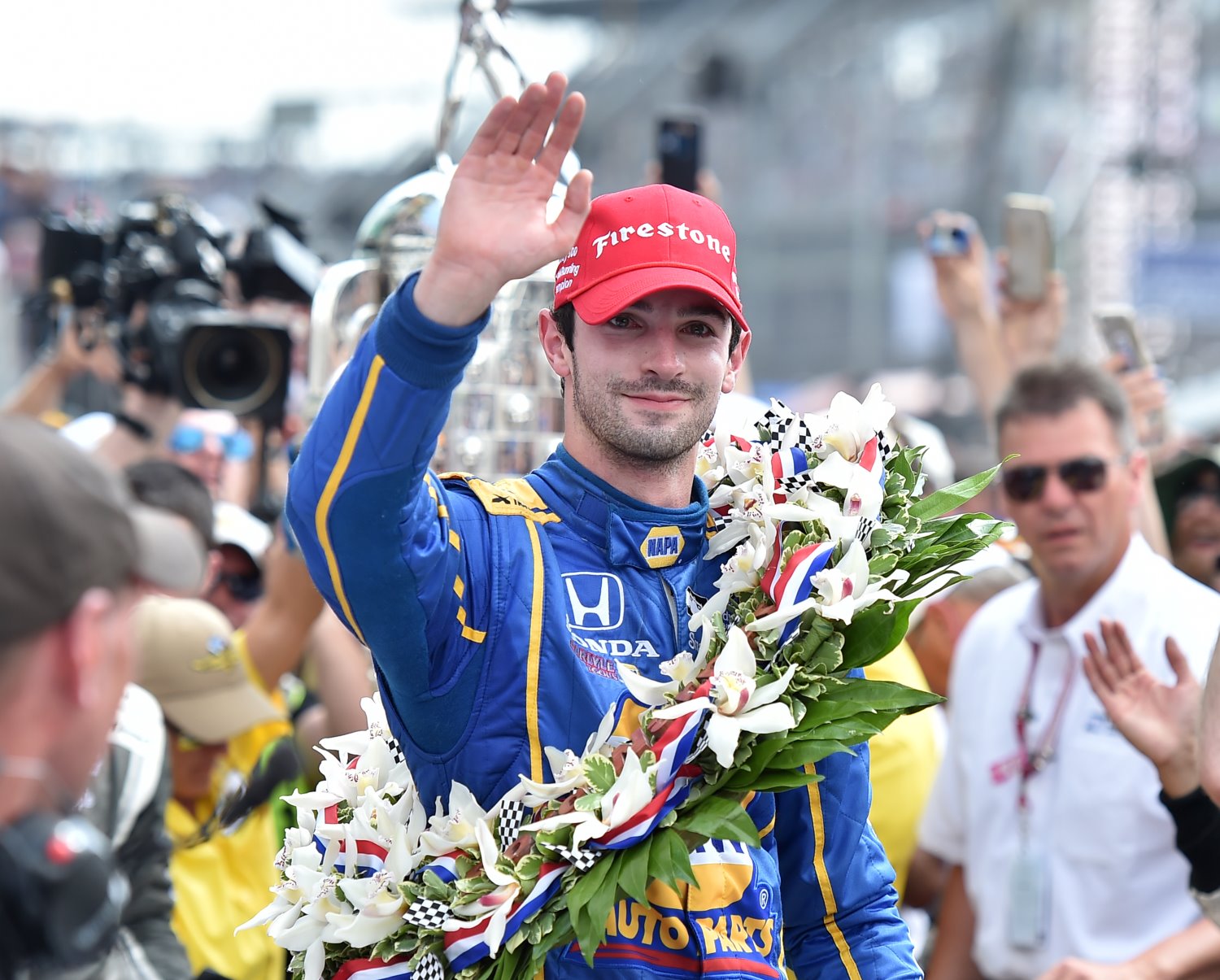 Life, as Alexander Rossi knew it, changed on the final Sunday in May.

That's when the 24-year-old driver from California won the Indianapolis 500 in his rookie season writes Scott Walsh of The Times Tribune.

Rossi stretched his fuel mileage to the last drop over the final 36 laps to pull off the improbable victory in the 100th edition of the historic Verizon IndyCar Series race.

"It's very special and a big honor to be next to the names that I am," Rossi said. "To be a part of that history, especially the 100th running, is pretty amazing. Every day, week, month and race that goes by, I gain more appreciation and understanding of it."

After winning one 500-mile race this season, Rossi will try to capture another this weekend at Pocono Raceway in the ABC Supply 500.

Driving in IndyCar is not Rossi's first choice.

Since he was 10 years old, Rossi's goal was to drive in Formula One. He moved to Europe when he was 16 to pursue that dream. Last year, he realized it, becoming just the third American since 1990 to race in F1 when he drove five events for the Manor Marussia team.

Michael Andretti and Scott Speed are the other American drivers.

However, when Rossi did not land a full-time ride in F1 this season, he returned to the United States. He wound up in IndyCar in the No. 98 Honda ride created with the merger between Michael Andretti's team and Bryan Herta's team.

"I think I've enjoyed it a lot more than I thought I initially would," Rossi said. "After the first race, I felt at home in the series."

"We as a group have struggled a little bit," Rossi said. "The results aren't what we've expected from ourselves. We're still close to being the top Honda and that's our goal for the end of the year. We have four races to make that happen."

For someone who doesn't have much experience on oval tracks, some of Rossi's best runs this season have come on them.

Besides the win at Indianapolis, he finished 14th at Phoenix and sixth at Iowa. He also qualified ninth for the race at Texas, which was red-flagged after 71 laps due to rain and will be resumed Aug. 27.

Now he comes to Pocono, with its unique 2.5-mile triangular layout and three different corners.

"Outside of Indianapolis, I think this race is probably our best shot," Rossi said. "So we're optimistic."

Since he still is a reserve driver for Manor, there is a chance Rossi could return to Formula One next season. He also could stay in IndyCar in 2017.

Whatever the future holds, there's one thing Rossi always will be:

The 200-lap race gets the green flag Sunday at 3 p.m. Scott Walsh/TheTimesTribune