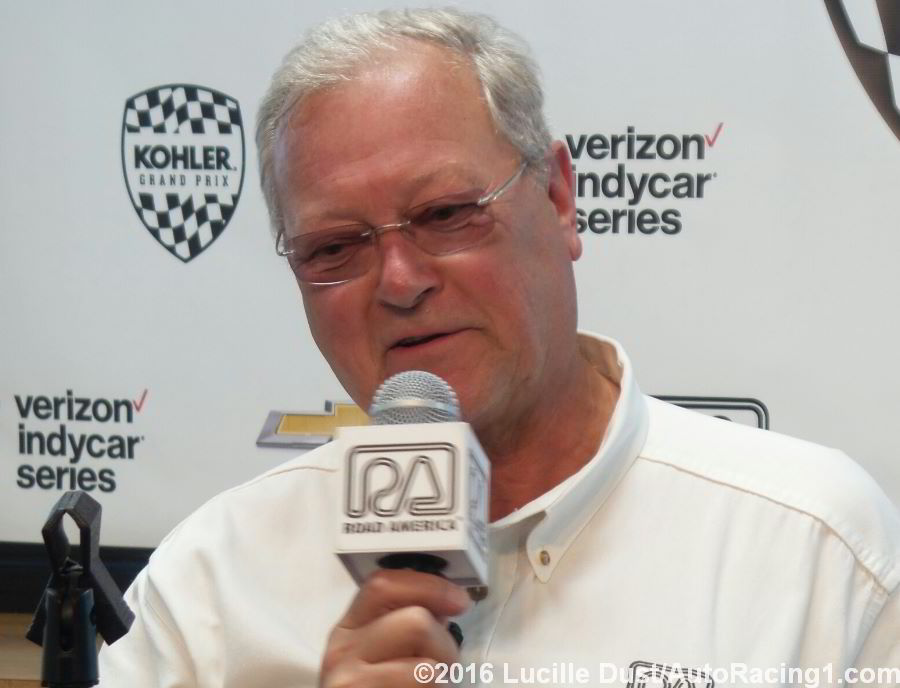 "Road America is known for having the most active schedule of any road course in the U.S., and we look forward to hosting the MotoAmerica Series, Verizon IndyCar Series, Pirelli World Challenge Series, NASCAR XFINITY Series, IMSA WeatherTech SportsCar Championship and three separate vintage events in 2017," said Bruggenthies. "The 2016 season was incredible and included many new facility improvements to enhance the overall fan experience.

"From our new 7,500 square foot Paddock Shop, to our new main gate and especially the new victory lane we are all about making Road America more enjoyable for the fans, our competitors and our partners. Make no mistake about it, 2017 is going to be a great season full of exciting activities and we are already in the planning process of improving the facility even more. We encourage all our fans to get their season tickets early, so they can enjoy another season of great racing and fond memories at Road America and event tickets will for the 2017 season will go on sale in October."

Road America's first race weekend next year will be May 19-21, when it hosts SVRA Spring Vintage Weekend. Two-wheeled action takes to the track when the MotoAmerica SuperBike Doubleheader comes to Road America June 2-4. One week later, June 9-11, vintage motorcycle enthusiasts will be on track during the AHRMA Vintage Motorcycle Classic and the Rockerbox MotofestÂ® will entertain fans and enthusiasts alike during the weekend with on-track action and vintage motorcycle show. TheWeatherTechÂ® Chicago Region SCCA June SprintsÂ® returns to the 4-mile circuit from June 15-18 – Road America's longest running annual sports car event.

The Verizon INDYCAR Series takes center stage June 22-25, as an international lineup of drivers will have their chance to battle it out for glory on one of the world's most revered road courses for the KOHLER Grand Prix. They will be joined by the Pirelli World Challenge featuring many of the world's top sports cars and drivers in an all out wheel-to-wheel battle consisting of six classes headlined by separate GT and GTS races.

A mid-summer classic, The WeatherTech International Challenge with Brian Redman presented by HAWK, takes place July 20-23, and has quickly grown to become one of the largest vintage racing events in the country. A Historic CAN-AM race with an impressive field of cars is also expected to gather and Road America will host a special reunion for the S2000 racer in celebration of its 40th Anniversary. The Nationwide Insurance Concours D'elegance on Friday and Saturday night in downtown Elkhart Lake rounds out the festivities to make The WeatherTechÂ® International Challenge with Brian Redman presented by HAWK a can't miss spectacle for any racing enthusiast.

August 3-6, the IMSA Continental Sports Car Challenge and WeatherTechÂ® SportsCar Championship takes over Road America's 4-mile circuit for what will be one of the most incredible weekends of sports car racing in the world and the event is now appropriately named The Continental Road Race Showcase. Fans will get to see the IMSA Continental Sports Car Challenge Series race on Saturday, Aug. 5, with the WeatherTechÂ® SportsCar Championship race on Sunday, Aug. 6.

The NASCAR XFINITY Series rolls into Road America August 25-27, bringing intense door-to-door racing action to the nation's most intimidating road course. The NASCAR XFINITY Series schedule and the event could prove to be a pivotal race for drivers looking to improve their standing in the championship points. New for 2017, the race will be held on Sunday and broadcast LIVE on NBC. The event has also been known to draw an influx of NASCAR Sprint Cup Series stars and various sports car series veterans, eager for seat time and a chance to capture a win at one of the nations most storied circuits.