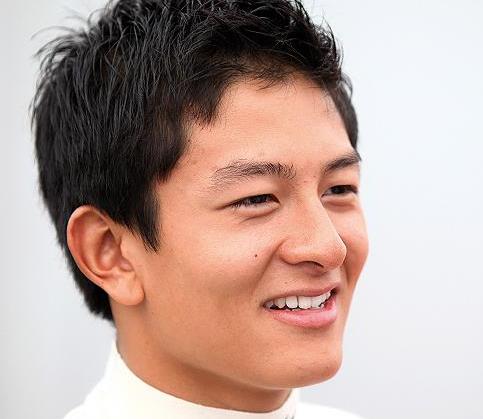 Haryanto hopes for F1 race seat return
(GMM) Rio Haryanto says he hopes to return to a race seat in formula one.

After failing to come up with EUR 7 million to finance the second half of his maiden F1 campaign, Manor replaced the Indonesian with Mercedes-backed Esteban Ocon.

The Indonesian government, having effectively funded Haryanto's campaign, said it "understands" the decision but still sounded critical of Manor.

"The sports ministry is disappointed with the decision, as Manor's racing director Dave Ryan in February promised Rio Haryanto would race a full season in F1," a spokesman told the Jakarta Globe.

"Actually, they had helped me by allowing me to race in German grand prix," he told the Indonesian portal Tempo. "With the available funding, I should have only raced up to the Hungarian grand prix."

And Haryanto has also accepted Manor's offer of a reserve driver role.

"Actually, I don't have to do it all the time. But I hope I can be with the team in every race," he said.

When asked what his next target is, Haryanto admitted: "I hope that I can return to the circuit as a driver."

Tech boss gives thumbs up to 2017 cars
(GMM) Force India's technical boss has given a thumbs up to the new generation of F1 cars for 2017.

"They'll remind you of the cars from the 80s and 90s. It's a good step — I like these cars," he told Germany's Auto Motor und Sport.

Green also said the 2017 cars will be much faster than the current ones.

"Early in the season the increase in downforce will be 20 to 25 per cent, but by the end it will be even more — I'm guessing 30 to 35pc. It's the biggest step I've ever experienced," he said.

However, the bigger cars and tires will mean more drag, which Green says will translate to a 20kph drop on the straights.

But he said the laptimes at a track like the Hungaroring will be slashed by 3 to 4 seconds, as cornering speeds and braking distances become more impressive.

While Mercedes, Ferrari and Red Bull put up their hands to modify 2015 cars for the higher downforce of next year, McLaren-Honda decided against taking part in the Pirelli testing.

"We believe it was better not to get distracted," said team boss Eric Boullier.

But Andy Green, the technical boss at Force India, thinks the three big teams are getting a big head start by doing Pirelli's on-track work.

"The three teams that have built test cars for Pirelli are getting a huge advantage," he told Germany's Auto Motor und Sport.

"All the others will only get their first experience early next year of what Mercedes, Ferrari and Red Bull are getting now," Green added.

However, Pirelli has promised that data from the current 2017 tire testing is being given to all of the teams.

Green countered: "We'll get some of the data. But the teams also generate their own data, which has nothing to do with the tires. For example, on the aerodynamics.

"If we had the $2 million (to build a test car), we would have done it," he said. "We thought about it but in the time frame it was simply not possible to do at the same time as our race program."

Hamilton: Red Bull now closest to Mercedes
Lewis Hamilton says that he now sees Red Bull as Mercedes' nearest rival in Formula 1, rather than Ferrari, and is wary of its potential over the second half of the season.

Red Bull closed on Ferrari at recent races and jumped 14 points clear in the battle for second position in the standings with a double podium finish at the German Grand Prix.

Red Bull is now hoping to further cut the gap to pace-setter Mercedes, with nine rounds of the season remaining, and upgrades to follow, despite the focus on 2017.

Hamilton feels it is important to take Red Bull seriously.

"Red Bull have definitely picked up with their engine performance, but also they've got great downforce.

"I don't know why they closed up a little bit more than others [at Hockenheim]. Ferrari looked strong at one point during the weekend and then they seemed to fade off in the race.

"So Red Bull is definitely our closest competitor.

"Daniel [Ricciardo] is performing really well, and so is Max [Verstappen], but it's not just because of them, it's because they've got a great team [around them]."

Mercedes holds a 159-point lead over Red Bull, while Lewis Hamilton is 19 points clear of team-mate Nico Rosberg, with Ricciardo 65 points further back.

Felipe Massa and Valtteri Bottas, team-mates since 2014, are in the final season of their current contracts, though Williams is believed to hold an option on Bottas.

"I'm very confident that I will be in Formula 1 next year," said Bottas.

"[Will I be racing] with Williams? I can't say yet. It is too early to say.

"Normally, with the team, everything has been confirmed and signed around September, maybe, so I'm not worried at all if we need to still wait for things to be 100 per cent confirmed.

"For me, it's been always after the break, so I'm not really in a rush with that."

Bottas recently spoke of plans to be "more involved" in discussions regarding his future, and says he is enjoying the change, while insisting that it is not impacting on his performances.

"It's very natural, speaking directly with the team," said Bottas, who is looked after by Aces Management, which is co-owned by Didier Coton, ex-F1 driver Mika HÃ¤kkinen and Mercedes boss Toto Wolff.

"It's nice to be more involved because I'm extremely interested in my own career."

Pushed on it taking up time, he said: "It's no problem, no distraction."

Lowe wants long-term power unit strategy
Mercedes technical chief Paddy Lowe has spoken of a desire for longer-term planning over Formula 1's power unit regulations, with a firm future direction yet to be decided as the current engine cycle wears on.

Formula 1 entered its latest turbocharged era in 2014, featuring 1.6-litre V6 units, but plans beyond 2020 are yet to be settled, and Lowe feels the sport should start to look ahead.

"It's a big question," said Lowe, when asked about future engine plans.

"I think it is about time we started to talk about the engine beyond this one, or power unit, we should say.

"It does raise very big considerations: how do we define an engine or power unit that is correct for the sport but also relevant to the kind of power units we will see in the future in road cars?

"Do we make remain in some way related or attached to that technology, which is increasingly electrical, or do we go our own way? There are some very, very important questions."

Lowe says engine sound is one of the major elements to be considered.

"It's [the engine noise] better now than it was [in 2014], but it doesn't match the sound of the old V8s or the V10s – it still raises an interesting debate," he went on to comment.

"I think road cars of the future, at some point not that far off, will be completely silent if they are all electrical, so will we want noise, will we associate noise with performance or not?

"There are some interesting debates and I think we need to start that process."

Mercedes has won all titles under the current engine cycle so far.

Head protection aims safety against large objects
Mercedes technical director Paddy Lowe revealed that F1 aims to protect the drivers’ head against bigger flying objects rather then small parts. That is why it opted for the ‘halo’ system and dropped the aesthetically more appealing windscreen-like solution at least for now.

Formula 1’s much debated cockpit safety system is set to make its debut in 2018 as Strategy Group recently voted against the early appearance.

Research for head protection system started long time ago, but recent fatal injuries in different motorsport series intensified the development procedure. Questions were, however, raised regarding the impact on airflow around the car and in the way drivers can escape from the car or the drivers can be rescued in emergency situations.

Different solutions have been developed and analysed over the last years, but two solutions remained in contention. The Red Bull-developed windscreen was a more elegant one, but it has too much of an effect on the car’s airflow and cooling. The Ferrari and Mercedes invention called halo proved to be reliable during real testing and more neutral in effecting the car’s aerodynamics, but its look raised doubts.

Mercedes technical chief Paddy Lowe explained that F1 intends to protect drivers against bigger objects. He also sounded content with recent developments which aimed to reduce the number of cases in wheels got deattached on track.

â€žI think the primary target for the halo or whatever other solution may be produced, was for larger objects so the wheel is an obvious one but we’ve done a lot of work over the years to reduce the number of loose wheels, both with the tethers and now double tethers and then with more and more controls over wheel nuts and secondary retention of wheel nuts, so we actually do see far less loose wheels now."

Lowe also argued that such protection systems are important to reduce risks of cases when cars collide in very unlucky positions.

â€žThe actual major risk exists with whole cars, chassis, so there are a number of incidents that have happened over the last ten years where there have been near misses related to whole cars so this is the target specification. Example being Grosjean and Alonso at Spa, if you remember; it’s this type of incident which is the primary target for the halo device or whatever else we may produce," said Lowe. F1 Supernews