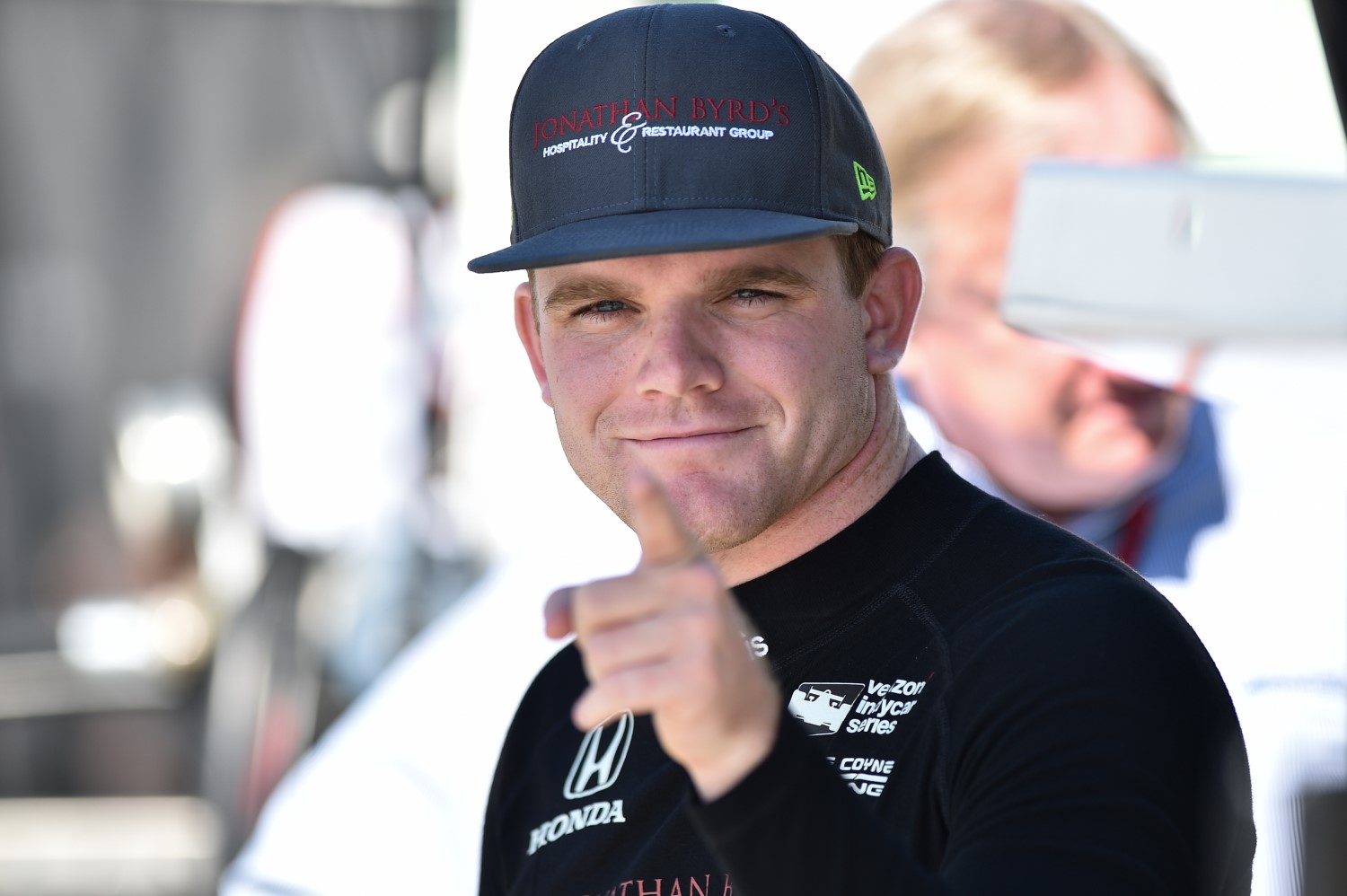 Fans and fellow Verizon IndyCar Series competitors are learning not to count out Conor Daly when he is apparently down writes Mark Robinson of IndyCar.com.

Daly started last in the 22-car field in the No. 18 Jonathan Byrd's Hospitality Honda, went off strategy to pit early, led a career-best 22 laps and finished sixth. The 16 positions that the 24-year-old gained from race start to finish were more than anyone.

"Sixth is about as good as we could've done in that scenario," said Daly, who struggled to find the right car balance all weekend at Mid-Ohio Sports Car Course leading up to the 90-lap race. He even found the tire barrier on two occasions in practice.

"I was just happy to pull away and lead like that for a stint," Daly added. "These guys kept their faith in me because I have driven the car off course all weekend. I'm just glad we could have a good finish."

It's not the first time Daly has pulled such a dramatic turnaround this season. He equaled the feat of going from 22nd to sixth at the Angie's List Grand Prix of Indianapolis in May and moved from 21st to sixth in the second Chevrolet Dual in Detroit presented by Quicken Loans race in June, a day after advancing from the 16th starting spot to finish a career-best second at the Dual in Detroit opener.

At Mid-Ohio's 2.258-mile twisting road course, Daly was forced to pit on Lap 9 after flat-spotting a tire locking up his brakes on course. What seemed to be a curse wound up a blessing.

"We had to pit because the right-front tire was destroyed," said Daly, who has now led in six of the 18 Verizon IndyCar Series races in which he's driven. "Because of that, we were about seven laps short of making it to the end at that point. We knew we couldn't make it to the end, so why not keep going and pushing? I tried to nail every single lap. We had a good enough car to stay up front and pull the gap that we needed.

"I figured out the car in the middle of the race. We kept locking the right front up so easily and I kept sailing off, even in the race. As soon as I sorted the brake bias, the car was amazing."

The big move at Mid-Ohio vaulted Daly into the lead of the TAG Heuer "Don't Crack Under Pressure" standings that tracks drivers' cumulative positions gained throughout the Verizon IndyCar Series season. In the six races where he has improved his lot in 2016, Daly has gained 70 total positions – four better than Graham Rahal.