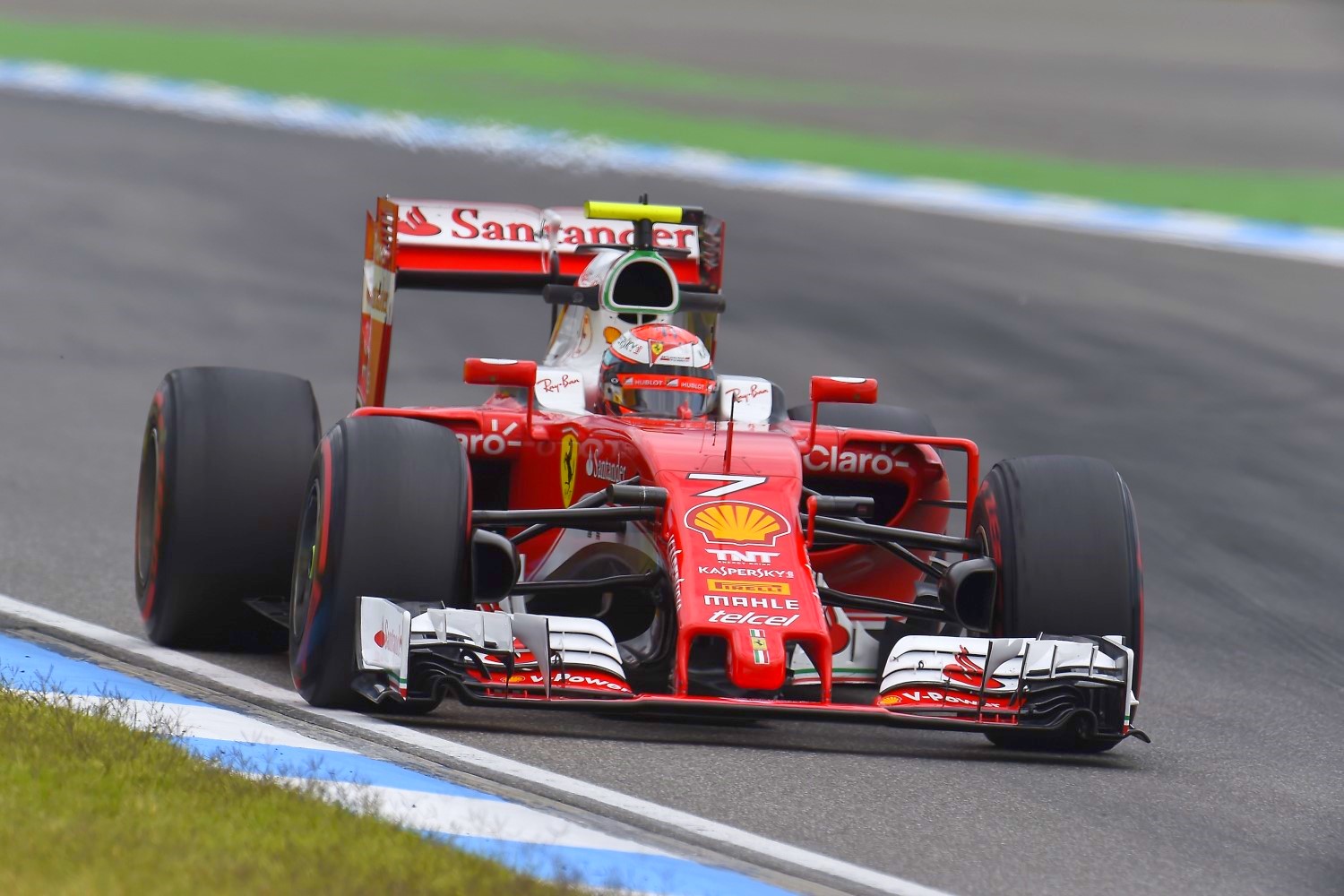 Arrivabene says Ferrari must increase downforce
(GMM) Maurizio Arrivabene has admitted that Ferrari needs to rev up its progress when it comes to aerodynamics.

Boss Arrivabene admitted after the German GP that there is "no question" Red Bull has made better progress in the first half of the season.

But when asked about Allison's departure, he insisted: "For personal reasons, I don't want to talk about James.

"Since Barcelona we have made little progress in terms of downforce — the engine is not my main concern," the Italian added. "Now the work will stop for the summer break, but then we have to go full throttle."

Former Ferrari champion Niki Lauda, however, thinks Allison's exit is more alarming than that for the Maranello team.

"In the middle of the season, such a prominent position changing is not good news and only brings confusion and discussion, particularly with Ferrari," the Mercedes team chairman told Welt newspaper at Hockenheim.

But Vettel, despite openly questioning his race strategy on the radio on Sunday, said Ferrari's situation cannot be compared to the reasons that Fernando Alonso decided to leave the team in 2014.

"I don't know because I don't know how he felt," the German is quoted by AS newspaper, "but I think the team spirit now is very high.

"Obviously last year was a good year, this one is going a little worse than we expected but we are here to fight — there is no reason to start getting frustrated now."

Magnussen still in play for 2017 seat – report
(GMM) Kevin Magnussen remains in the running to keep his works Renault seat beyond 2016.

The Dane admitted at Hockenheim that speculation he and teammate Jolyon Palmer will lose their places for 2017 was "annoying".

Magnussen's sponsor agent, Thomas Badura, would not comment on that, but he said there is "nothing to suggest" that the 23-year-old's current commercial arrangements are set to change.

"Both current and potential sponsors are aware that 2016 is the first step," he said.

Still, Renault team boss Frederic Vasseur insists that the 2017 lineup is not yet decided.

"I have the advantage that 70 per cent of the drivers on the grid have driven for my previous team (ART) and I talk to them every single day," he said.

"But I also speak to Jo (Palmer) and Kev (Magnussen) every single day as well," added the Frenchman. "The difference is that they should focus on their jobs, as we are far from the time when we take our decision.

"There definitely will not be a decision before September. Definitely," said Vasseur.

And he admitted that sponsorship may also play a role in the final decision.

"We are a company," said Vasseur. "Right now it's all about performance, but at some point we also speak about sponsors. It may prove important."

That is the claim of the great Woking team's supremo Ron Dennis, referring to the big step taken by the works Anglo-Japanese collaboration this year after a woeful 2015.

"The car was designed for a three-year process," he is quoted by the Spanish sports daily Marca.

"We are not where we want to be, but we are in a good position to incorporate a new engine for next year.

"We have learned a lot this year," Dennis added, "so I hope that next year we can be fighting for victories."

Mick Schu's next step is F3, not F1 – manager
(GMM) Mick Schumacher's manager has put the brakes on any suggestion the 17-year-old might soon be set to join fellow teenager Max Verstappen in F1.

Rumors, however, were obviously fired at Hockenheim at the weekend as the son of F1 legend Michael Schumacher visited the Mercedes and Ferrari garages.

The last team of his famous father was Mercedes, whose boss and co-owner Toto Wolff said at the German grand prix: "He (Mick) is such an impressive young man.

"He is friendly, modest, well behaved — everything you want from a teenager," Wolff told the German broadcaster Sky.

Wolff said Mick is also obviously fast and could be looking ahead at an F1 future.

But Schumacher's manager Sabine Kehm told the Kolner Express newspaper: "At the moment Mick is doing Formula 4 in Germany and Italy.

"The next logical step is formula 3, where he will soon do another test," she added.

Kvyat not giving up on F1 career
(GMM) Daniil Kvyat is not ready to give up on his formula one career quite yet.

After a woeful qualifying, the young Russian appeared closed to tears amid reports he will definitely be dumped completely by employer Red Bull at the end of the year.

"I got the most out of the car, so that is positive," he is quoted by Russian media.

"I think I should continue to follow this approach, because it worked," Kvyat added. "I think that in the second half of the season, the situation should be much better."

Kvyat may even have been picked up after qualifying by some leading Red Bull officials, with his former boss Christian Horner seen chatting to him on the grid.

"Many people who know me, including Christian, have seen that I was not myself in the past few weeks," he admitted.

"But I think everyone has difficult periods and yesterday was one for me."

Kvyat had said after qualifying that he doubted even the summer break would help him regroup, but he sounded more upbeat after the German grand prix.

"I think I need the break more than anyone else," he smiled.

He also refused to hit out at the Red Bull driver program, amid suggestions it puts too much pressure on young drivers like Kvyat.

"Yes, but the program also allowed me to become a strong driver," said Kvyat.

"Now I'm not so strong due to events that happened a few months ago, but that's no excuse. In the end, I need to get stronger from the situation. It's not easy, but I have to do everything for that."

The Brazilian broadcaster Globo reported that 67-year-old Aparecida Schunck, the mother of his Brazilian wife Fabiana Flosi, has returned to her family without the ransom of $37 million having been paid.

The report claimed police, who stormed the building where Schunck was being held, traced emails sent by the kidnappers.

Globo said she is in good health, and television coverage showed her being embraced by her daughter Fabiana, who married F1 supremo Ecclestone in 2012.

Pirelli, which trailed prototype elements on 2016-size tires last month, has kicked off an extensive testing program with the provisional, wider rubber.

Vettel completed installation laps with slick tires on Monday morning, before working through Intermediate and Wet runs on an artificially dampened track surface.

Esteban Gutiérrez will take over from Vettel on Tuesday.

Ferrari is using a modified SF15-T for the test.