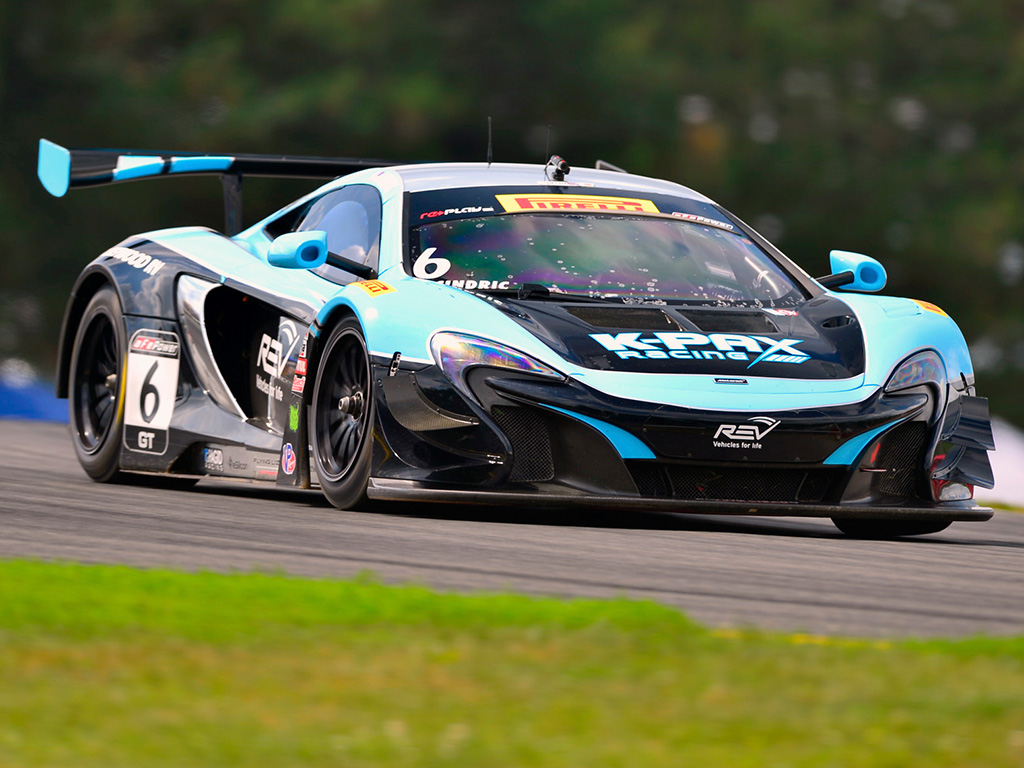 Cindric, 17, was born in nearby Columbus before growing up in Charlotte, N.C., as Austin’s father, Tim, is president of Penske Racing, a leading team in the Verizon IndyCar Series and NASCAR Sprint Cup. The high school senior is making his second PWC start at Mid-Ohio after debuting last year in the GTA division. Austin finished second in 2015 at Mid-Ohio in a Lamborghini.

On Saturday, Cindric recorded a top lap time of one minute 19.397 seconds for a speed of 102.382 miles per hour to upset his K-PAX teammate and current Pirelli World Challenge GT point leader Alvaro Parente, who clocked a 1:19.545 lap in his No. 9 K-PAX McLaren 650S sports car. Cindric’s 1:19.397 betters the previous GT track record at Mid-Ohio set by Ryan Dalziel of 1:19.838 in 2015. In fact, the top seven GT qualifiers eclipsed the old mark on Saturday.

Parente, the four-time winner in 2016 from Portugal, enters Saturday’s GT 50-minute sprint race with a 48-point advantage over Patrick Long in the current GT point standings.

Fresno, California’s Bryan Heitkotter recorded out the Top Three Saturday in GT qualifications with a 1:19.683 timing in his No. 05 Nissan GT Academy Nissan Nismo GT3 GT-R.

It’s an amazing day. This is a special track for me. It’s one of my favorites, but I also have a good family history here. To be able to come here and get the pole over a factory driver means a lot about not only what I’ve been able to accomplish this year, but the guys behind the scenes like my Engineer Sebastian, Charlie, Kenny, and Sean. All these guys have been with me the whole year, we’ve been pushing really hard. We’ve know it’s been possible, and we’ve known we have the pace. It all came together and this is a big one for us. I also believe we have a new track record. Great day, I hope we can capitalize during the race."

“It was a very good run for the Wright Motorsports crew and myself. We were here last week doing a little testing and that definitely paid dividends today. With the missed practice time on Friday, that extra track last week helps for today and the weekend overall. The track surface is getting better as the weekend progresses. Early on when we got here, the track was not good. And the added rubber each day really helps us. They run street cars on the track when we don’t run for the race weekend and the track just isn’t that good. Each session we go out is getting better and better."

“It was a pretty run since I got caught up with some other cars on one of my fastest laps. We then came in and dropped tire pressures. I then just had to go as quick as I could because Sloan (Urry) was really giving me a run for the money. The PWC cars are quick here this weekend as we broke the track record and seven GT cars were under the old track record. We are absolutely pushing the cars to the limit this weekend. It should be a good race."