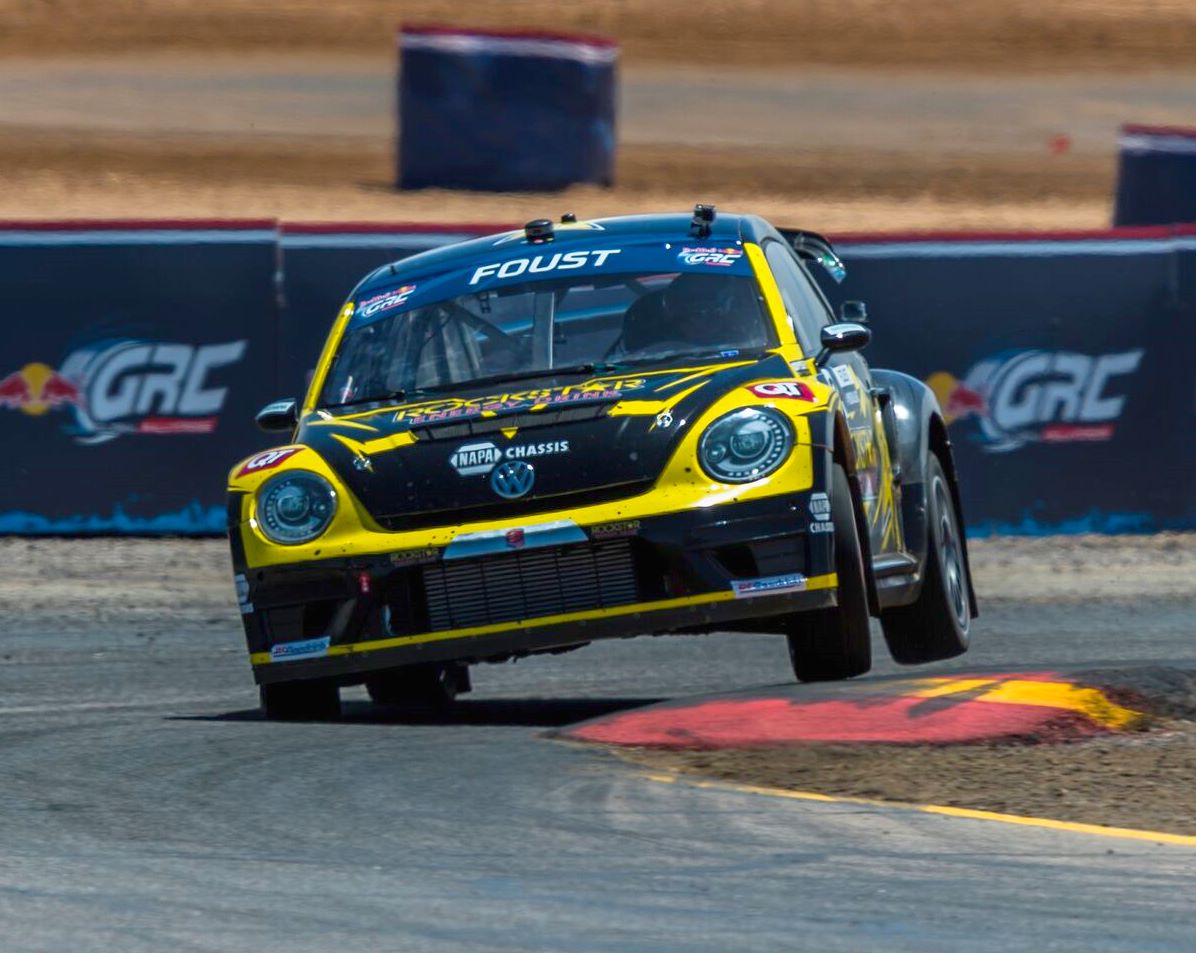 Good morning from Lot 8 at RFK Stadium. It’s a muggy, slightly overcast morning here in the Nation’s Capital. The GRC Supercars will be on track in about five minutes for the morning warm up with heat races, the last chance qualifier and main event to follow this afternoon. While I haven’t seen a weather report, the talk here in the media tent is that there will be heavy thunderstorms starting either late this morning or early this afternoon.

One such individual would be defending race winner Nelson Piquet Jr. The Brazilian posted the slowest time yesterday in qualifying after crashing. I didn’t get a definite diagnosis of the damage, however, the eye test showed that the front end was seriously messed up. Piquet missed yesterday’s Heat race.

I bumped into team owner James “Sulli" Sullivan this morning in the parking lot. He told me the team was up until about 2:45 a.m. fixing the damage on the No. 07 Met-RX Ford Fiesta ST, but they are good to go today.

Another driver who had a difficult Friday was Chip Ganassi Racing’s Steve Arpin. Due to contact with teammate Brian Deegan in Heat 1B, Arpin finished last. Arpin, like Piquet, will have to battle his way from the back today.

That said, I spent a few minutes with the driver of the No. 00 Eneos Ford Fiesta ST yesterday before qualifying, and he seems confident in the team’s speed. I asked Arpin believes the team has closed the gap somewhat between the Andretti VW Beetles.

“Absolutely, at North Carolina I have a really good feeling we’d have won the race the second day if we had run it," said Arpin. “The Beetles had an unlimited offseason testing budget and we had two days. They did four days of testing before anyone even got on the tires. So, when we went to Phoenix (the season-opener) they should have cleaned house."

Arpin scored his first GRC win last month at Daytona, and sits second in the championship 12 points behind Foust.

I also asked Arpin about Chip Ganassi Racing, and if could give an insider’s perspective as to what makes the organization so strong. “I think it starts at the top with Chip, he’s a racer, he understands it, he gets it, and he gets all different sides of it. Whether it’s the business, side, driver side or competition side, Chip gets all the different aspects of it."

Arpin also mentioned the tremendous database of information, having teams in multiple racing disciplines brings. “The amount of footprint our team covers with IndyCar, NASCAR, Cup Series, Nationwide (Xfinity), GRC, Ford GTs sure it doesn’t all translate directly but information is information, technology is technology, and to have all those resources to learn from is priceless."

Although the Fords have shown signs of speed (Arpin led a Ford sweep of second practice), one team that assuredly won’t be catching the Andretti Beetles is Subaru. Drivers Bucky Lasek and Sverre Isachsen were both more than 1.5 seconds off the pace in qualifying yesterday, and have been at the back in nearly every session.

It should be an interesting day here in D.C., particularly with uncertain weather. I’ll have more later.