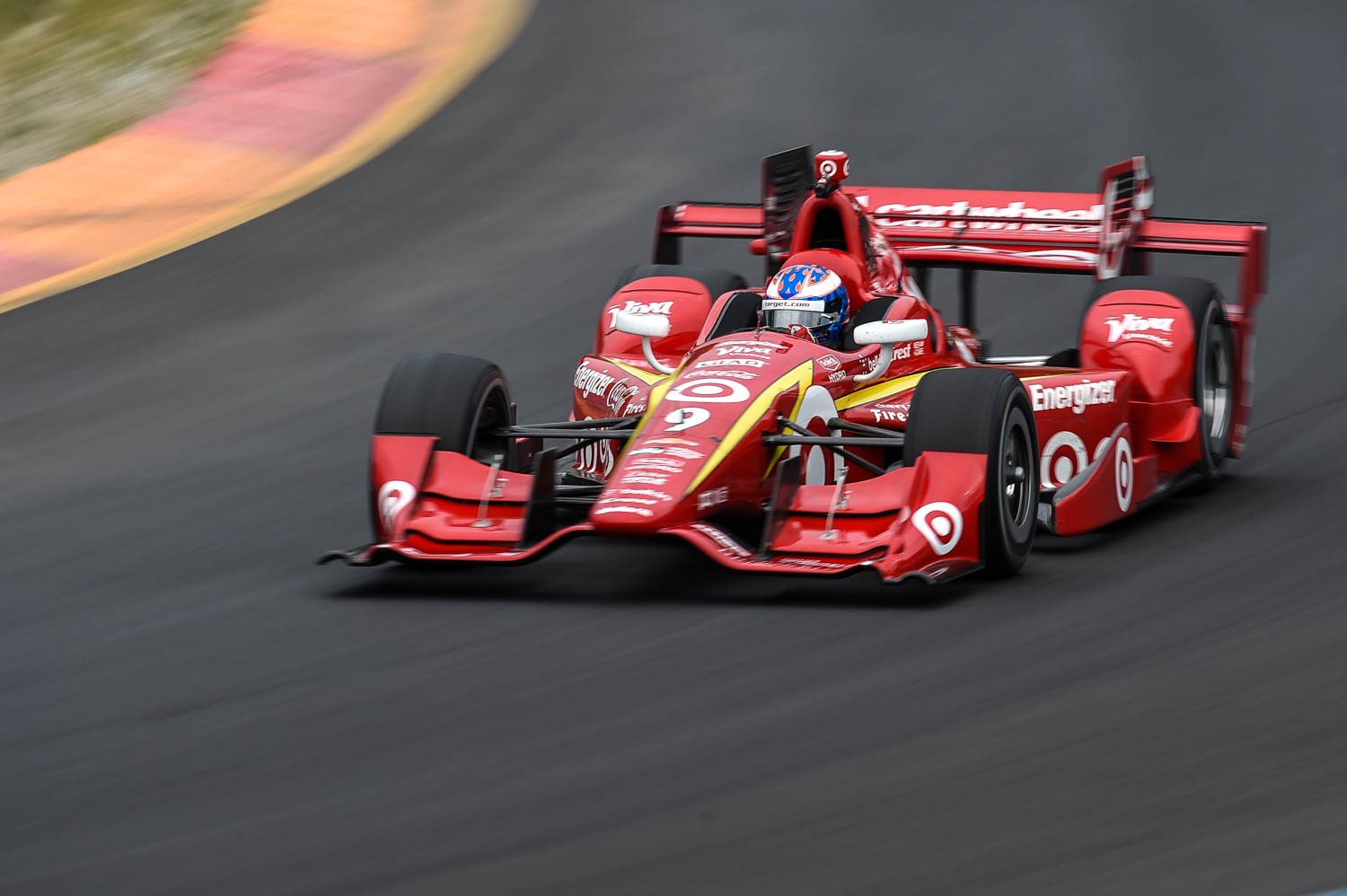 As the Hondas continue to tow a parachute around the track courtesy of their closed off Butt Bumpers, Scott Dixon led a Chevy 1-2-3-4-5 in opening practice for the Honda GP of Mid-Ohio in his Target Chip Ganassi Chevy.

The Penske Chevys of Will Power and Juan Montoya were 2nd and 3rd while Tony Kanaan and Helio Castroneves rounded out the top-5.

James Hinchcliffe was the fastest Honda in 6th as Chevy dominated the top of the speed charts and Honda the bottom. That has been the case all year except at Indy where the Chevys were also required to close off their butt bumpers. Given both brands were towing the same parachute around the track at Indy, the Hondas were competitive.