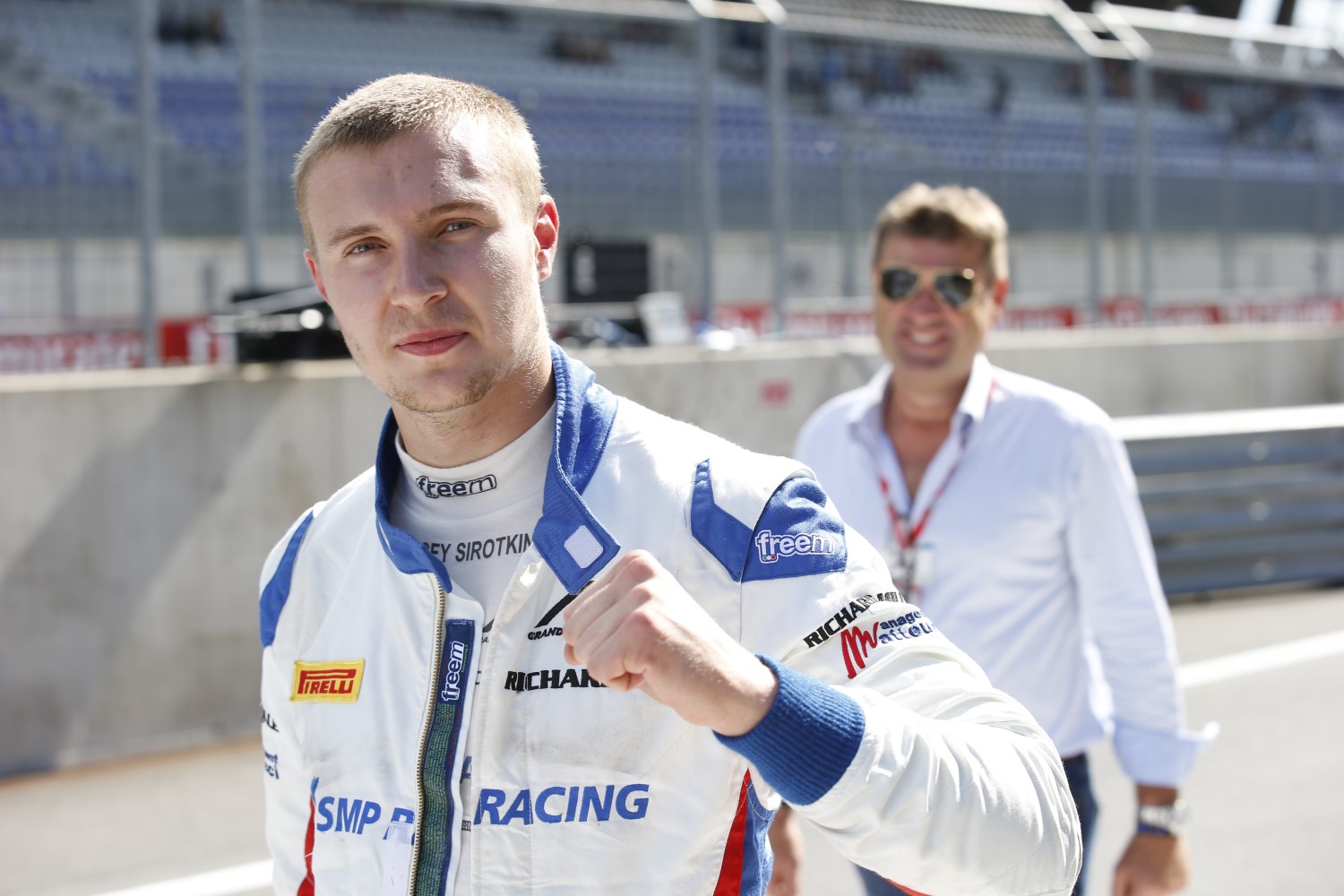 Sergey Sirotkin grabbed pole in the closing minutes of this afternoon's Qualifying session at the Hockenheimring with a mature, controlled and quick lap after his rivals had returned to the pits to grab the top spot by just 0.016s from a surprised Pierre Gasly and Raffaele Marciello.

The Renault tester stopped the clocks at 1:23.193 with just 4 minutes remaining in the session, with Gasly already out of the car and watching events unfold on the monitors: with so little time remaining the Red Bull tester was unable to get back on track in time for another shot, losing pole despite setting the pace for much of the session.

Heavy clouds hung like bricks over the circuit as the green lights went out, and the drivers were straight out on track led by Oliver Rowland, with Antonio Giovinazzi trying and failing to find a way past the Briton before their hot laps begun: Rowland set the pace but the Italian was straight past on the timesheets, with PREMA Racing teammate Gasly usurping both men as he crossed the line behind the pair.

Sirotkin, Giovinazzi and Marciello all took turns at the top of the times, with the latter holding on as most of the field returned to the pits for fresh rubber: on his first hot lap on new tires Marciello just missed going faster again, but then Gasly grabbed the top spot on his first lap, went quicker next time through, and looked to have pole in the bag as he headed back to the pitlane.

But Sirotkin ruined all his work with a great lap just one minute later: the Russian didn't set the top time for any sector, but his lap was smooth enough to set his personal best time for each sector and eased him into P1 by the slimmest of margins. He returned to the pits to the cheers of his team as the clock wound down to zero, determined to show that his return to form last week in Hungary is the new normal.

Behind the top three Giovinazzi and Rowland lead Alex Lynn, Norman Nato, Nicholas Latifi, Jordan King and Marvin KirchhÃ¶fer who were all within 0.6s of pole, with the top 14 all within a second of the top spot: it suggests an exciting race awaits in tomorrow's Feature Race in Hockenheim.