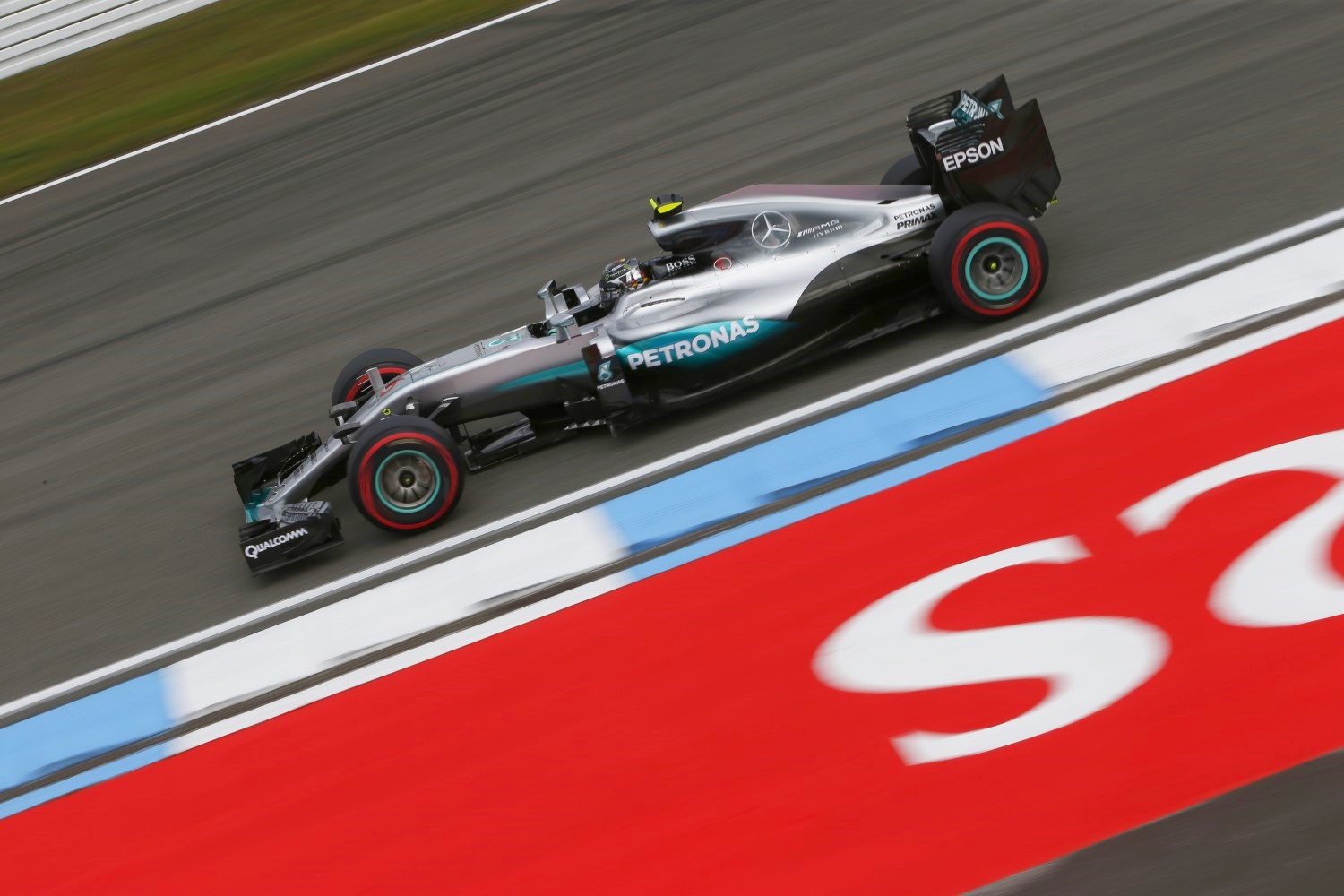 Nico Rosberg again topped the time sheets in practice for the German GP. In Friday afternoon's 2nd practice session Rosberg was the only driver to dip into the 1m15s bracket with a time of 1m15.614s to lead his Mercedes teammate Lewis Hamilton by 4/10ths of a sec.

Sebastian Vettel was again third for Ferrari 6/10ths behind Rosberg.

Nico Rosberg
A good start to the weekend. It's great to be back here in Hockenheim at this historic track. The tarmac is old, so the way the tires work is completely different to in Hungary where the tarmac was new. Here it's much more snappy and more of a challenge. But in general our car was working well out there today. Saying that, in Hungary we were very quick on Friday but then on Saturday and Sunday everyone was very close. So, we are warned by that to not get over-excited on a Friday. It's a good start but we'll see more tomorrow.

Lewis Hamilton
It's been a very chilled Friday. The weather has been good and the track feels great. It's the original track surface, so it's nice and bumpy and has lots of character. We had a fairly straightforward two sessions today. No real surprises and a good first step for the weekend. We'll see where we are in qualifying tomorrow.

Paddy Lowe, Executive Director (Technical)
A good day to start the weekend, with no major issues on either side of the garage, a full program completed and our pace looking reasonably good. The main focus has been on understanding the Soft and Supersoft tires – particularly on long runs, to see which race strategies will make most sense on Sunday. There was a little bit of stress this afternoon with race direction concerning track limits at T1 – particularly concerning Lewis' position with two reprimands already to his name – so we compromised our program somewhat to ensure that he avoided a third. Overall, though, it's great to be back at the Hockenheimring and we're looking forward to a good battle in qualifying tomorrow.