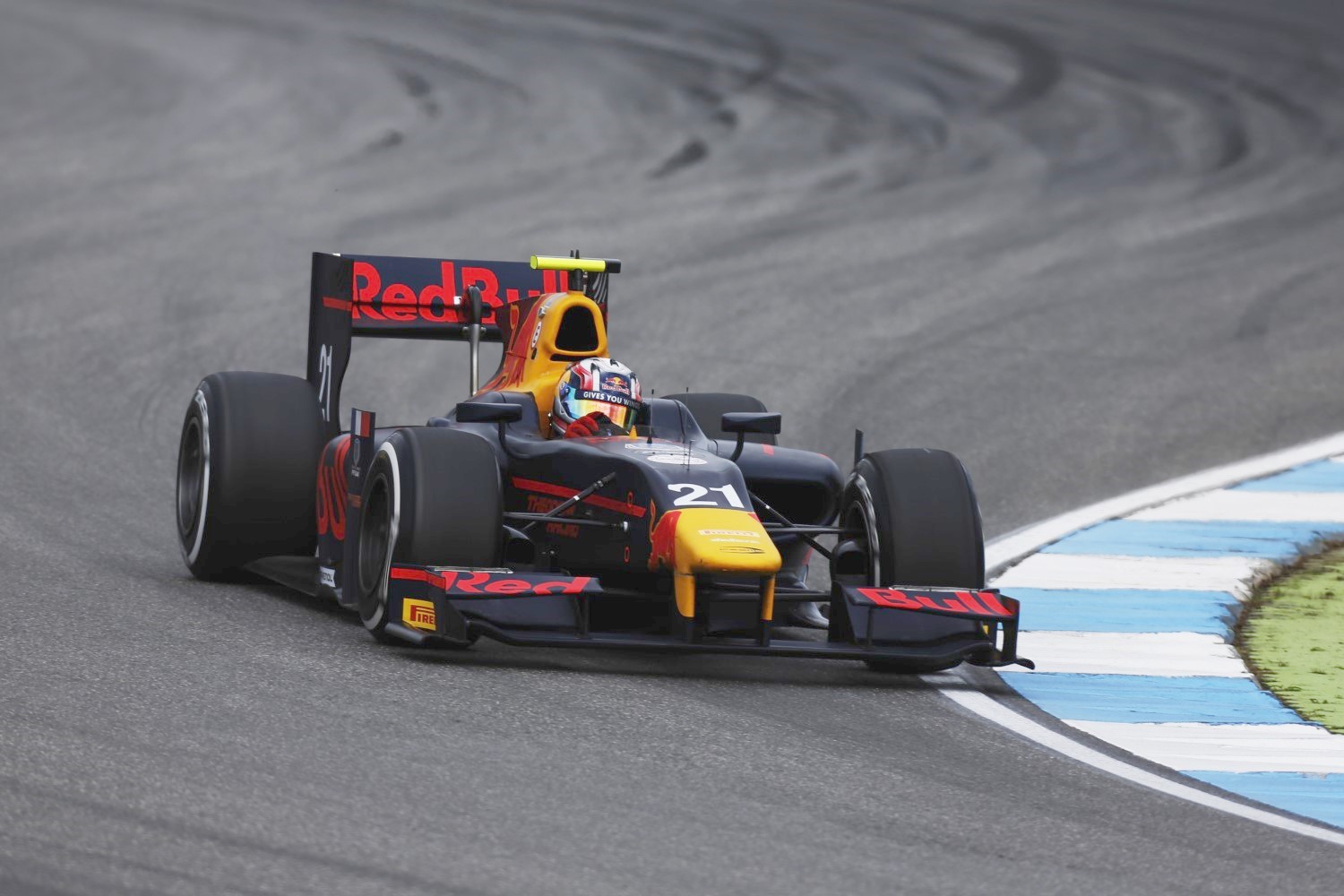 Pierre Gasly has carried over his recent form by topping the timesheets in this morning's Free Practice session at the Hockenheimring, setting the pace in a tight session which saw the top five drivers split by just two tenths ahead of Artem Markelov and Alex Lynn.

The Red Bull tester stopped the clocks with a lap of 1:23.269 at the 15 minute mark to once again deny his rivals the bragging rights on the tight, technical circuit in a session which saw most of the field run within a second of him. The track opened under overcast but warm conditions, with a number of drivers immediately on the pace: Daniel de Jong, Arthur Pic, Antonio Giovinazzi, Sergey Sirotkin, Markelov and Norman Nato all swapped the top spot between them, but a third of the way through Gasly relegated them all as the field started to return to the pit for fresh rubber.

A minute later Lynn and Luca Ghiotto ran the Frenchman close before returning to the pits, but no one was able to improve substantially on their second set of tires as they concentrated on race pace: a number of drivers ran wide at Turns 1 and 6 as they pushed the limits, but with qualifying just a few hours away everyone managed to avoid any damage.

Behind the top three Ghiotto, Nato, Raffaele Marciello, Jordan King, Oliver Rowland, Giovinazzi and Sirotkin all showed they have the pace to compete for pole this afternoon: with the threat of rain hanging over the circuit, Qualifying promises to be another thrilling session.