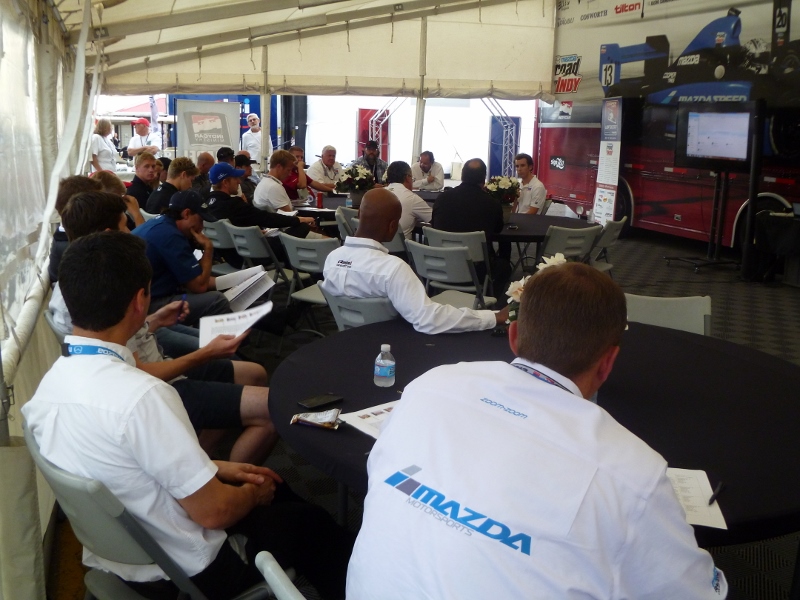 The selection process for this year's Team USA Scholarship is under way. A total of 11 candidates, representing a variety of junior racing categories, has been identified and invited to attend this week's Honda Indy 200 Verizon IndyCar Series/Mazda Road to Indy Presented by Cooper Tires /Pirelli World Challenge road racing extravaganza at the Mid-Ohio Sports Car Course in Lexington, Ohio.

The initial challenge for this year's candidates will comprise interviews to be conducted during the weekend in front of a panel of judges who will include current IndyCar team co-owners Jimmy Vasser and Bryan Herta, winners of the first two Team USA Scholarships in 1991 and 1992, respectively.

Two winners ultimately will be chosen to represent their country at the prestigious Formula Ford Festival at Brands Hatch on October 21-23 and the Walter Hayes Trophy at Silverstone on November 4-6. As has become the norm, they will drive Ray Formula Ford cars prepared by Cliff Dempsey Racing. Team USA Scholarship drivers have enjoyed success at both events in the past, with Newgarden becoming the only American driver to win the Festival in 2008 and fellow IndyCar rising star Conor Daly (also in 2008), Connor De Phillippi (2009), who currently races for Audi in European sports car competition, and factory Mazda Prototype driver Tristan Nunez (2012) claiming victory at the Walter Hayes Trophy.

"I am truly excited about the quality of this year's candidates," says Team USA Scholarship founder and longtime motorsports writer/broadcaster Jeremy Shaw. "All of them are proven winners. Some difficult decisions lie ahead."