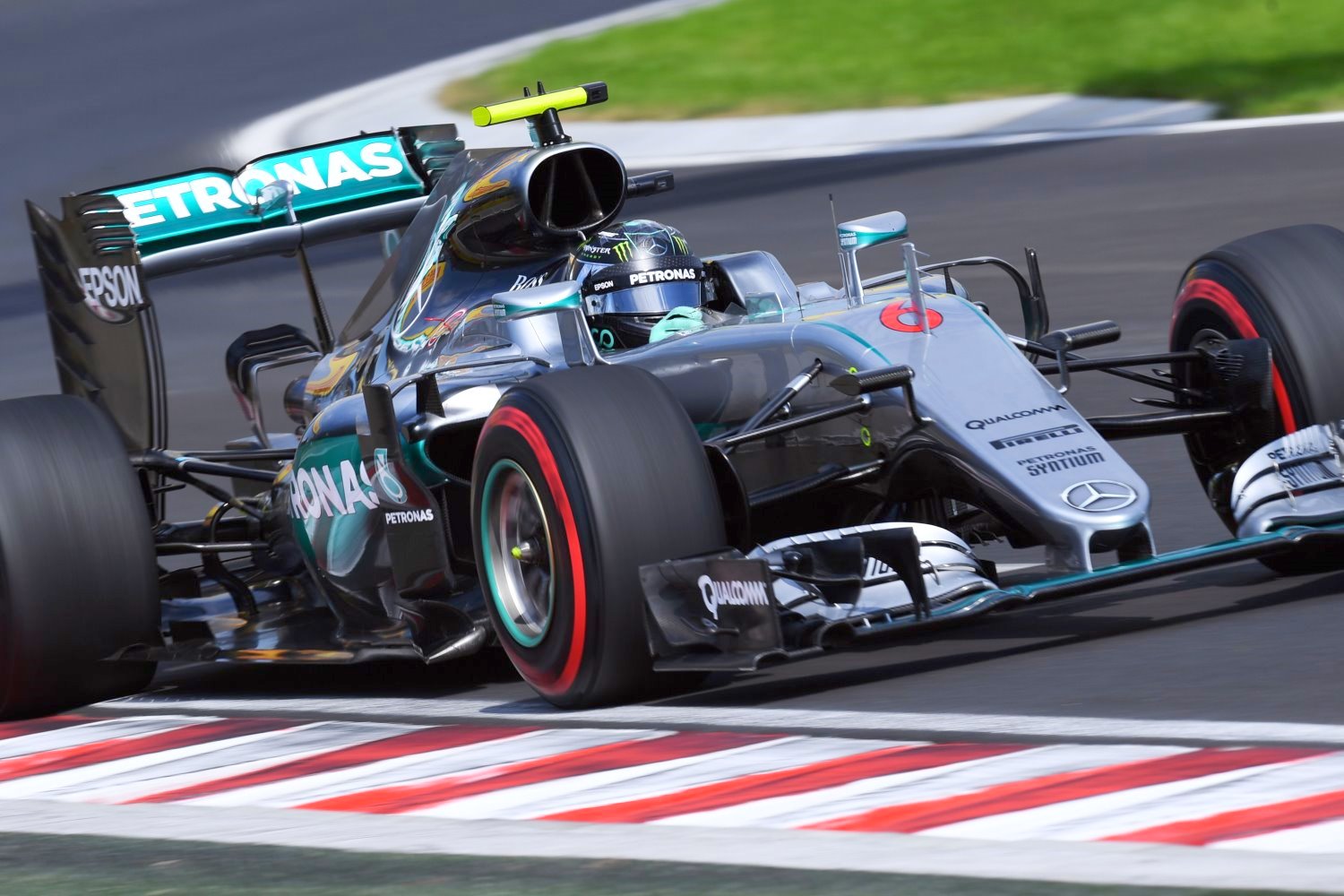 Once again this weekend in Germany, Mercedes is proving their cars are the only ones that can win in F1 thanks to Aldo Costa’s genius design. Nico Rosberg set the pace in first practice for his home Formula 1 grand prix in Germany ahead of teammate Lewis Hamilton. They comprised the Mercedes row a full 1-second clear of the rest.

Its nearest challenger was Ferrari's Sebastian Vettel was just over a second back in third with his teammate 2/10th back in 4th completing the Ferrari row.

The Red Bull pair Max Verstappen and Daniel Ricciardo were fifth and sixth quickest, separated by 0.162s to make up the Red Bull third row.

Fernando Alonso was seventh fastest in his McLaren, followed by teammate Jenson Button, to complete the 4th row – the McLaren row.