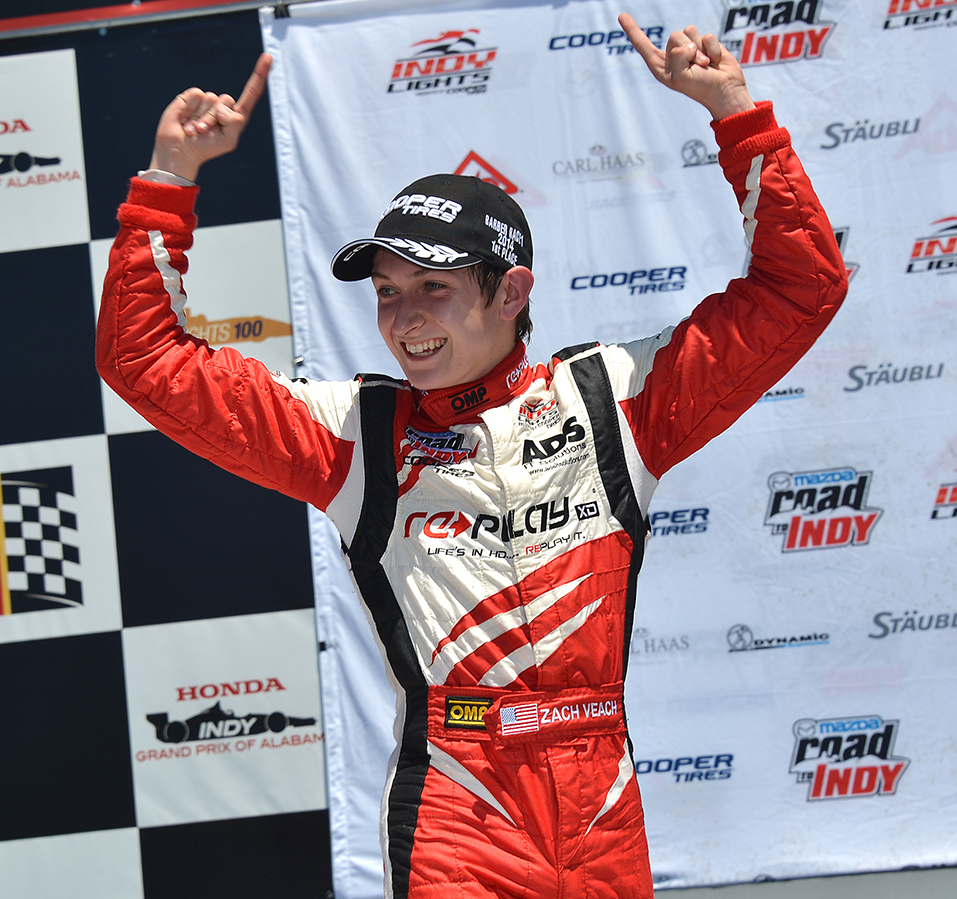 Zach Veach is one step away from achieving his dream with Connor Casey of the Mansfield News Journal.

Born and raised in Stockdale, Ohio, all signs pointed to Veach being on the fast track to the Verizon IndyCar Series when he signed with Andretti Autosports in 2010. In just four seasons he climbed the ranks of the Mazda Road to Indy development system, reaching the highest rung in the Indy Lights Series in 2013.

But then the stumbling blocks began to appear.

In 2014 Veach was in prime position to win the series with three wins and four poles, but mechanical issues in the final weekend of the season caused him to fall to third place.

At the start of the 2015 season he discovered a nagging injury in his right hand was actually a broken scaphoid bone, and would require surgery.

Veach was heartbroken when he was told the recovery would take six months, especially since he had an IndyCar tryout scheduled with Andretti later in the year.

"You’re sitting at home. You know you have this opportunity to be driving IndyCar, you know you have the skill set to get in the car and drive well, but you’re literally unable to because of a limb," Veach said.

Like most athletes, Veach was more than willing to play (or in this case, drive) through the pain. But his doctors convinced him otherwise.

"The tough thing was I just wanted them to fix it up and then I’d drive on it," Veach said. "But from a medical standpoint, the doctor was like, ‘Look, it’s going to be a six-month recovery because it’s the slowest healing bone in the human body.’ As a driver you want to be tough and say, ‘Oh, I can fight through the pain. I’ll drive on it now.’ But I think it comes down to being smart enough to realize, "Do I want to drive for the rest of my career or this season?'"

But with misfortune came opportunity. Veach spent his time recuperating as a racing analyst for the IndyCar Radio Network and NBC Sports. He said he hopes to make that a second career after he retires from racing.

"I wanted to be at the race track and these guys gave me an opportunity to share my story," Veach said. "I ended up getting paid for it and now I guess I’m a professional broadcaster in a sense."

Now in his third season in Indy Lights, the only thing that stands between Veach and the Verizon IndyCar Series is finding a sponsor willing to fund him.

The best way to get one of those sponsors is to finally grab the Indy Lights Championship. Headed into Rounds 14 and 15 this weekend at Mid-Ohio, Veach currently sits in sixth place in the standings, 47 points behind leader Ed Jones. Veach has finished as high as second place at Mid-Ohio and is aiming to finally earn a win at what's considered his home track.

"The top six are separated by 40 points, I’m the sixth guy," Veach said. "So I have the least amount to lose but everything to gain."

Veach and the rest of the Indy Lights drivers will race at 3:30 p.m. on Saturday and 12:20 on Sunday during the Honda Indy 200 race weekend. Conor Casey/Mansfield News Journal