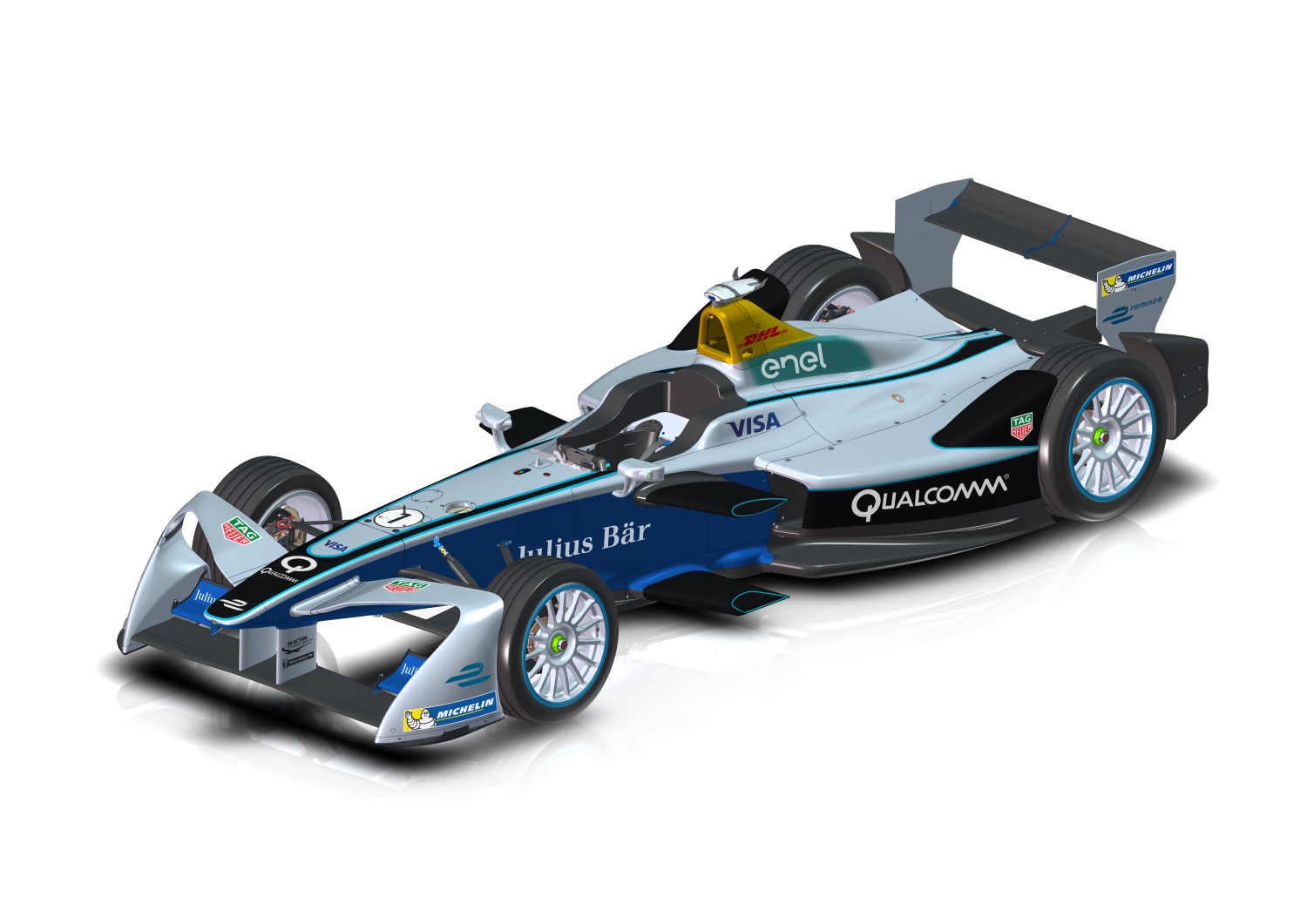 The Formula E car will sport a bold new look for the 2016/17 FIA Formula E Championship, thanks to the introduction of a stunning new front wing. The new two-tier wing makes the fully-electric single-seater look more aggressive and unlike any other racing car in the world.

Formula E CEO Alejandro Agag, said: "Formula E aims to be different, and this new front wing creates a look that's different to every other car out there. I think this is a great addition to our car and further emphasizes the fact that this is a modern, forward-thinking championship that is taking a completely different approach to all other racing series."

FIA President Jean Todt, said: "The FIA Formula E Championship is not just a great environment in which to develop a completely electric powertrain with new battery technologies, but it is also a platform for experimenting with innovative solutions when it comes to designing single-seater racing cars."

Reigning Formula E champion Sebastien Buemi (Renault e.Dams), added: "I like the look of the new front wing – it looks a little bit more futuristic, and from inside the car you can see the top part of the wing, so visually for the driver there is also a small change. We want Formula E to look different and be different, and the new wing is a good way of showing that. I don't think it will make too big of an impact on aero which isn't in the ethos of this championship – but it's a good way to show visual development heading to Hong Kong for the start of season three."

The first public outing for the new-look Formula E car will be at the opening group test at Donington Park on August 23. More details on pre-season testing will be revealed shortly.