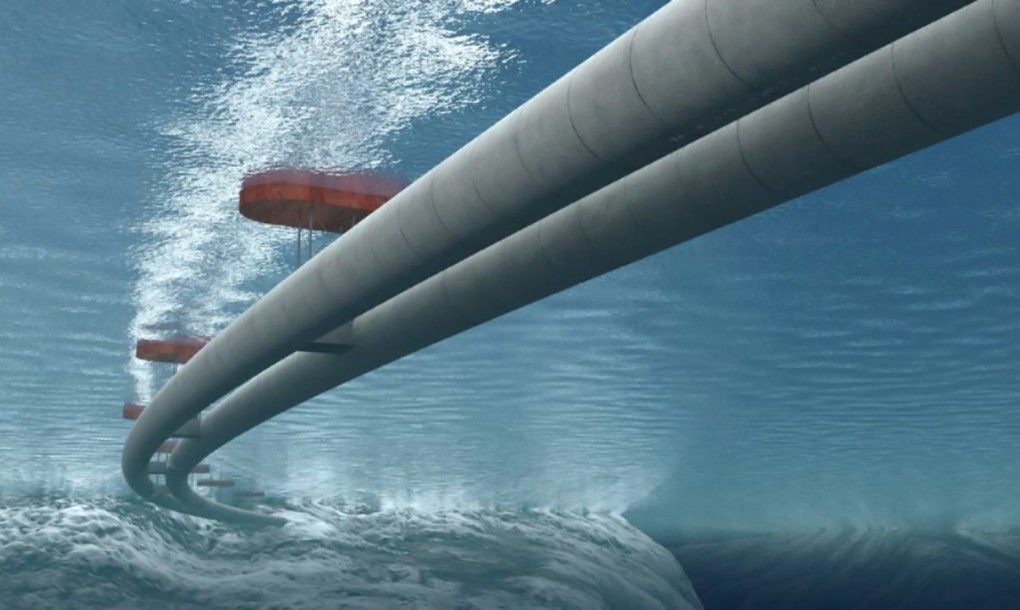 Norway has hatched ambitious plans to install the world’s first floating underwater tunnels to help travelers easily cross the nation’s many fjords. At present, the only way to travel across the bodies of water involves taking a series of ferries – an inconvenient and time-consuming process. The submerged floating bridges" would consist of large tubes suspended under 100 feet of water, and each one will be wide enough for two lanes of traffic.

Norway’s submerged tunnels would be held up by pontoons along the surface, connected with trusses to keep everything stable. There’s also the possibility that the structure may be bolted to the bedrock below to provide added stability. Each bridge system would consist of two tunnels, side-by-side: one for traffic in each direction. Despite the unconventional arrangement, officials say it will be much like driving through an ordinary tunnel for commuters. With 1,150 traffic tunnels already in use throughout the country (35 of which are underwater), Norwegians likely won’t be too confused by the arrangement.

So why not a normal bridge? Unfortunately, the difficult terrain in these regions makes them unsuited for an ordinary bridge: they’re simply too wide and too deep. (And at a mile deep, digging a conventional tunnel is unfeasible.) One alternative to the submerged bridges might be to build a suspension bridge or a floating bridge over the water, however, these designs have the disadvantage of being susceptible to damage from rough weather. They also run the risk of interfering with Navy ships that sometimes use the water for training.

Norway has so far committed $25 billion in funds to the project, which is expected to reach completion by 2035. There’s still some hard work ahead for the engineers involved: such a system has never been built before, and no one is exactly sure how the wind, waves, and water currents in the fjords might affect the structures. If the floating tunnels prove too difficult, politicians have the right to select a different project to receive the funding.