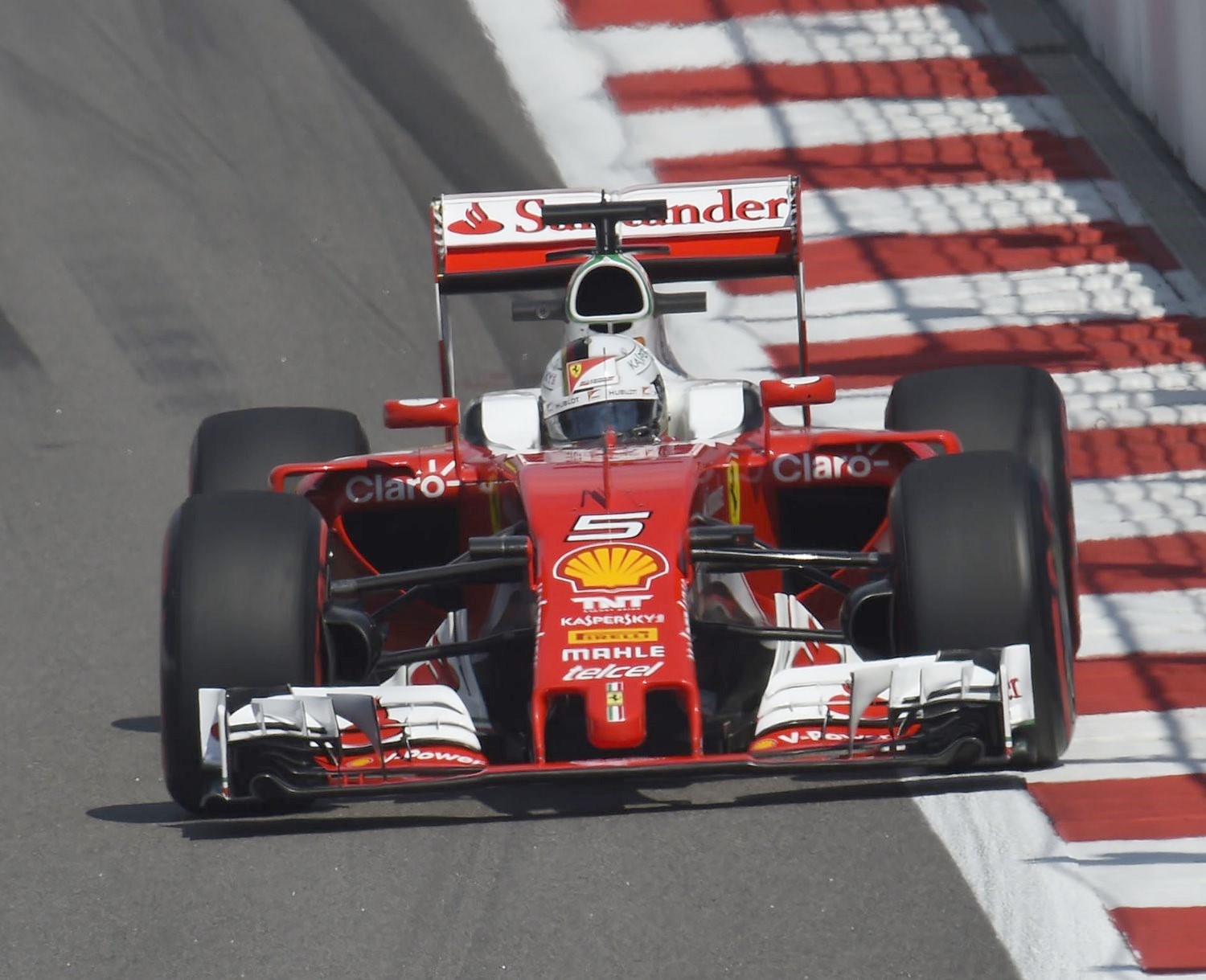 Even after the reigning world champion won the Hungarian grand prix, it was clear tension between the two Mercedes drivers remained.

"Thank you very much," Rosberg said in the FIA press conference, patting Hamilton on the back sarcastically. "Thank you for making that statement. Not I'm going to put my response."

Hamilton had railed against Rosberg not being penalized for only 'lifting' on his fast lap through a yellow flag zone, setting a fastest sector in the process and securing pole.

Reports have suggested that before the stewards decided to investigate the matter, Hamilton personally visited race control.

But Auto Motor und Sport reports that the Briton did not even mention Rosberg's name, and only wanted clarification on how yellow flag infractions will be policed in the future.

Fellow world champion Sebastian Vettel backed Hamilton, arguing that simply 'lifting' when stricken cars and potentially marshals are on the track is not enough.

"We are role models," he is quoted by SID news agency.

"Next week at a go-kart race somewhere, the kids will probably think that because it's ok in formula one, they don't need to back off either.

"We must establish a clear rule," the Ferrari driver insisted.

Alonso admits 2016 podium unlikely
(GMM) Fernando Alonso has admitted that he is unlikely to finish on the podium in 2016.

Former long-time team coordinator Jo Ramirez declared this week that he expected the Honda-powered team to be in top-three form by now.

But Spaniard Alonso told Cadena Cope radio: "Under normal circumstances, we do not deserve the podium yet.

"Hopefully we will improve for next year, but this is formula one and anything can happen."

However, Alonso says that even if McLaren is not ready for wins and the title next year, the performance of the 2017 car will not determine his future in F1.

"My continuity in F1 will not depend on the performance of the car," he insisted.

"The last two years have been difficult but I'm enjoying myself a lot. And if next year's cars are as fun as they were in the past, it will be no problem to continue.

"The cars we have now are slower than before and give different feelings that go against the instinct of the driver. So my continuity will depend more on the rules next year.

"If it is still about saving (tires and fuel), then I will have to think," Alonso added.

As for Ferrari and Sebastian Vettel's current troubles, the 34-year-old said he wishes nothing but the best for the fabled Maranello team.

"Racing for Ferrari and for everybody involved in that team is a dream," he said, "so I do not wish him (Vettel) or anyone any harm.

"Last year they started strong and this year they have taken a small step back," Alonso added.

He said he has been more impressed with young countryman Carlos Sainz.

"The driver change has been fantastic for him," said Alonso. "(Max) Verstappen is proving to be very fast, so because they were evenly matched that is good for Carlos.

"Now that (Daniil) Kvyat is behind him that is only good news," he added.

Keeping Haryanto is 'plan A' – Manor
(GMM) Manor says its "plan A" is to keep Indonesian rookie Rio Haryanto on the team in 2016.

In Hungary, it emerged that alternatives like Stoffel Vandoorne and Jordan King are in the running because Haryanto's sponsorship had dried up mid-season.

"Plan A is to keep Rio on board for the remainder of the season, but we have other options," team chief Dave Ryan is quoted by the Dutch newspaper Algemeen Dagblad.

Villeneuve tips Rosberg for 2016 title
(GMM) Jacques Villeneuve thinks Nico Rosberg will bounce back from losing his world championship lead for the first time in 2016.

Rosberg's Mercedes teammate Lewis Hamilton has ended his run of mediocre form with five wins out of the last six races, racing into a 6 point lead in Hungary.

But team boss Toto Wolff predicted: "We'll see it swing through the season.

"My feeling is that the championship will go to the end."

1997 world champion Villeneuve agrees, telling the German newspaper Bild: "The pendulum swings between one and the other.

"I see them as absolutely the same and I believe that, in the end, Nico will be the one in front."

Toro Rosso wary of McLaren-Honda threat
Franz Tost has admitted that McLaren-Honda's upward trend is a growing concern for Toro Rosso, as the team looks to defend sixth position in the Constructors' Championship.

McLaren moved to within seven points of Toro Rosso at the Hungarian Grand Prix, after Fernando Alonso pounced on Carlos Sainz Jr. at the start and beat him to seventh.

Toro Rosso is currently competing with Ferrari's 2015-specification power unit, which will not be upgraded, ahead of a return to Renault engines from the 2017 campaign.

"Alonso was able to gain a position at the start of the race and, after that, it wasn't possible for Carlos to overtake him," commented Toro Rosso team boss Franz Tost.

"He therefore finished eighth, which on one side is good because we could add some points to our tally, but on the other side McLaren scored more than us and is now very close.

"This [points swing] will make it tricky for us during the next races, but I think that our chassis is performing very well and we still have a good chance to defend our position."

Sainz Jr. was nonetheless content with his and Toro Rosso's efforts.

"I'm pretty pleased with the race, even if Fernando got past us at the start," explained Sainz Jr., who has recorded points finishes in eight out of the 11 Grands Prix this season.

"We were able to keep up with McLaren's pace, something that during practice on Friday and Saturday didn't look like we'd be able to do. It was just impossible to overtake him!

"If you would have told me I'd finish P8 after the bad start to the weekend, I wouldn't have believed it!

"I think we can be very happy and pleased – the team did a great job to turn things around."

Daniil Kvyat finished a lap down in 16th after a penalty for pit lane speeding.

Raikkonen started 14th, after failing to progress from a wet/dry Q2, but made his way through the field on a Soft/Super Soft/Super Soft strategy, and went wheel-to-wheel with Max Verstappen over fifth.

Raikkonen made multiple attempts to pass, at one stage clipping Verstappen's car, which prompted a radio rant over the Dutchman's defending, and he ultimately settled for sixth, but still gained the most places.

Verstappen has won the most 'Driver of the Day' awards so far in 2016, collecting four.

Massa crashed out of a wet Q1, which damaged the front-end of his car, and encountered trouble on his lap to the grid, with mechanics forced to carry out a steering rack change.

Despite their efforts, Massa struggled for balance throughout the race.

"It was a terrible race, which started on the way to the grid with the problem with my steering wheel rack being too light on one side and too heavy on the other," Massa explained.

"We tried to fix the problem and we couldn't, but at least we improved it because the initial lap was impossible.

"To do the whole race with the steering wheel heavy on one side and light on the other was really difficult. I tried to race until the end but this wasn't the result we were aiming for."

"The start of the race was really good. It was very important to get ahead of the Force India, [and] after that we pretty much executed our plan," said Bottas, referring to Nico HÃ¼lkenberg.

"The Super Soft tire was holding on a lot better than we thought it would, so we ran a bit longer in the first stint, [and] our pace on the Softs more or less matched our predictions.

"I think we got the maximum points from the starting position that we had."

Williams now sits 20 points clear of Force India in the battle for fourth.

Formula 1 Ticket Revenue Increases By 35% To $645M Over Past Decade, Research Shows
F1 races generated a combined revenue of $644.6M from ticket sales during the '15 season, new research shows. The figure represents a more than 6% increase over '14 ($606.4M) writes HJ Mai of Sports Business Daily.

The data, which was compiled by Formula Money, also shows that the series' total ticket revenue increased by 35% over the past decade from $478.1M in '06. F1 races have earned a combined $6.2B in ticket revenue from '06-15. F1 race promoters rely heavily on ticket sales as it is one of the few income streams they fully control in order to offset the high costs of hosting a grand prix.

Analysis of the highest and lowest ticket prices for each race over the past 10 seasons also showed that total receipts have risen by an average of 4.2% annually. Total race attendance hit a low point in '09, when 2.7 million attended the year's 17 races. It was the first season following the '08 global financial crisis, which resulted in Honda's withdrawal from the series at the end of the season. Toyota and BMW followed suit a year later.

NEW RACES: However, boosted by the return of the Mexican Grand Prix, which made its comeback after a 23-year hiatus, the '15 season saw total attendance increase by 8.5% to 3.5 million. The race at Mexico City's Autodromo Hermanos RodrÃ­guez was the year's most popular race with a three-day attendance of 335,850.

The current season is expected to continue this trend as its schedule features a record 21 races, including last month's debut of the European Grand Prix in Baku, Azerbaijan. The research disputes that F1 is dealing with a continuous decline in track attendance.

The figures, rather, point out that falling attendance is contained to individual events such as the German Grand Prix — only 56,000 spectators attended the '14 race at the Hockenheimring — but is not impacting the series as a whole. Over the past decade, the series' calendar included between 17 and 19 annual races. The only exception was the '12 season, when Red Bull driver Sebastian Vettel claimed his third consecutive world championship title after a then record 20 races.

PACKED STANDS: The British and Australian Grand Prix events have had the highest combined race-day attendances over the past decade. Silverstone welcomed a total of 1.12 million spectators, while Melbourne's Albert Park saw 1.06 million fans pass through its gates. The Formula Money Grand Prix Attendance Report is the first analysis of its kind and has been five years in the making, Formula Money co-author Christian Sylt told SBD Global.

"F1 itself doesn't retain this information as it is gathered by the circuits which are independently owned," he said.

"My team has gathered data — largely directly from the promoters — about the ticket prices and attendance every day at every grand prix over the past decade." HJ Mai/SBD