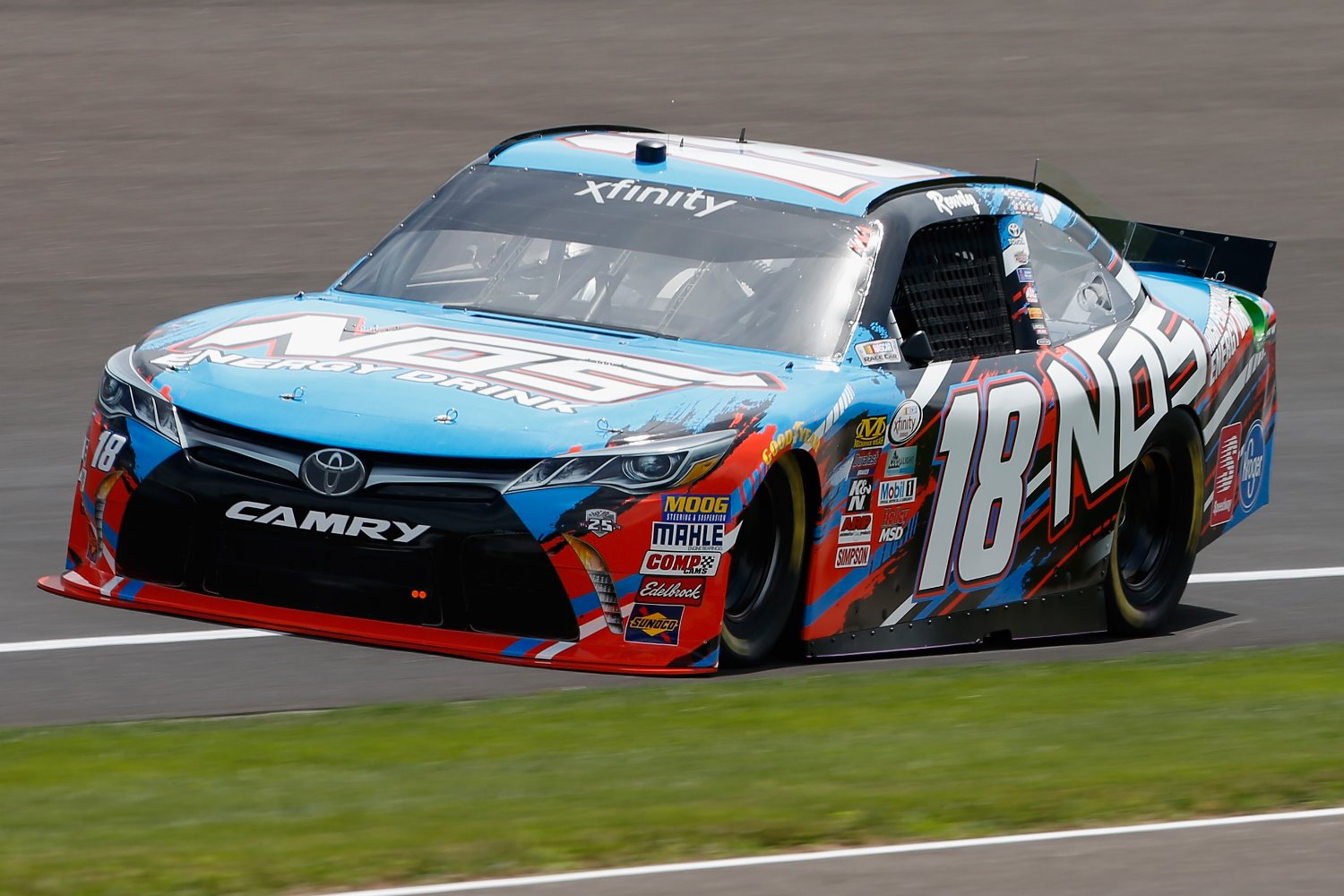 Ahead of Saturday's Sprint Cup qualifying, there's a good question to be asked: Why is this week's race scheduled for 3:30 p.m. ET?

After all, Indianapolis Motor Speedway isn't located on the West Coast. Well, it turns out there is an answer, and it involves the elephant in the room. Or should we say the peacock?

NASCAR's television contract the rest of the season is with NBC and its cable operation, NBC Sports Network. One look at Sunday's schedule reveals the answer to the stock car question.

NBC Sports on Sunday will carry a Formula 1 race, the Hungarian Grand Prix, and then the finish of the Tour de France.

So, NASCAR plays second fiddle to a largely ceremonial bicycle racing event. The final stage of the Tour de France is a victory lap before the winner is crowned. NBC's four hours of coverage begin at 10 a.m. ET.

OK, so there are contracts and bills to be paid. But NASCAR fans accustomed to seeing races in the Eastern time zone start at 1 on a Sunday afternoon are put on hold while bicyclists, largely unknown to anyone but hard-core pedaling purists, parade into Paris.

There is a problem, should weather take a nasty turn. Indianapolis Motor Speedway doesn't have lights. So any delay before or after the scheduled starting time could mean a finish with darkness looming.

Saturday at Indy, Sprint Cup qualifying is scheduled for 1:45 p.m. ET, sandwiched between Xfinity Series qualifying and the first heat of the day's race. Heat, of course, being the operative word. This will be one of the hottest weekends NASCAR has experienced at Indianapolis Motor Speedway.

Oh, go ahead and make the best of it on Sunday. Have a late lunch before the Brickyard 400. Do a little lubricating. The gentlemen and lady will be waiting to start their engines. SportingNews